Tesla gives updates on cause of a battery fire, says single module is responsible

Tesla has given an update on the cause of a Model S battery fire that happened in Shanghai earlier this year after the government started putting pressure on electric automakers.

In April, a Tesla Model S was caught on video bursting into flames seemingly on its own when parked in a garage — pictured above.

Following the accident, a few Nio electric SUVs also had thermal events in China and it led to a lot of attention on battery fires in the country.

The government asked automakers making electric vehicles to investigate fire risks and report on what they are doing to prevent their cars from catching on fire.

Earlier this week, Nio announced that it is recalling its SUV.

A month after the incident in Shanghai, Tesla released an update for its battery software in order to help prevent further fires in Model S and Model X.

Today, Tesla also issued a statement on Weibo about the cause of the Shanghai fire and said that it didn’t find any defect in its system:

The automaker says that they conducted a “joint investigation” with “Chinese and American experts” who “didn’t find that the system has any defects.”

Tesla added that preliminary findings show the source of the fire as a single battery module at the front of the vehicle. Here’s a Tesla battery pack teardown exposing the battery modules: 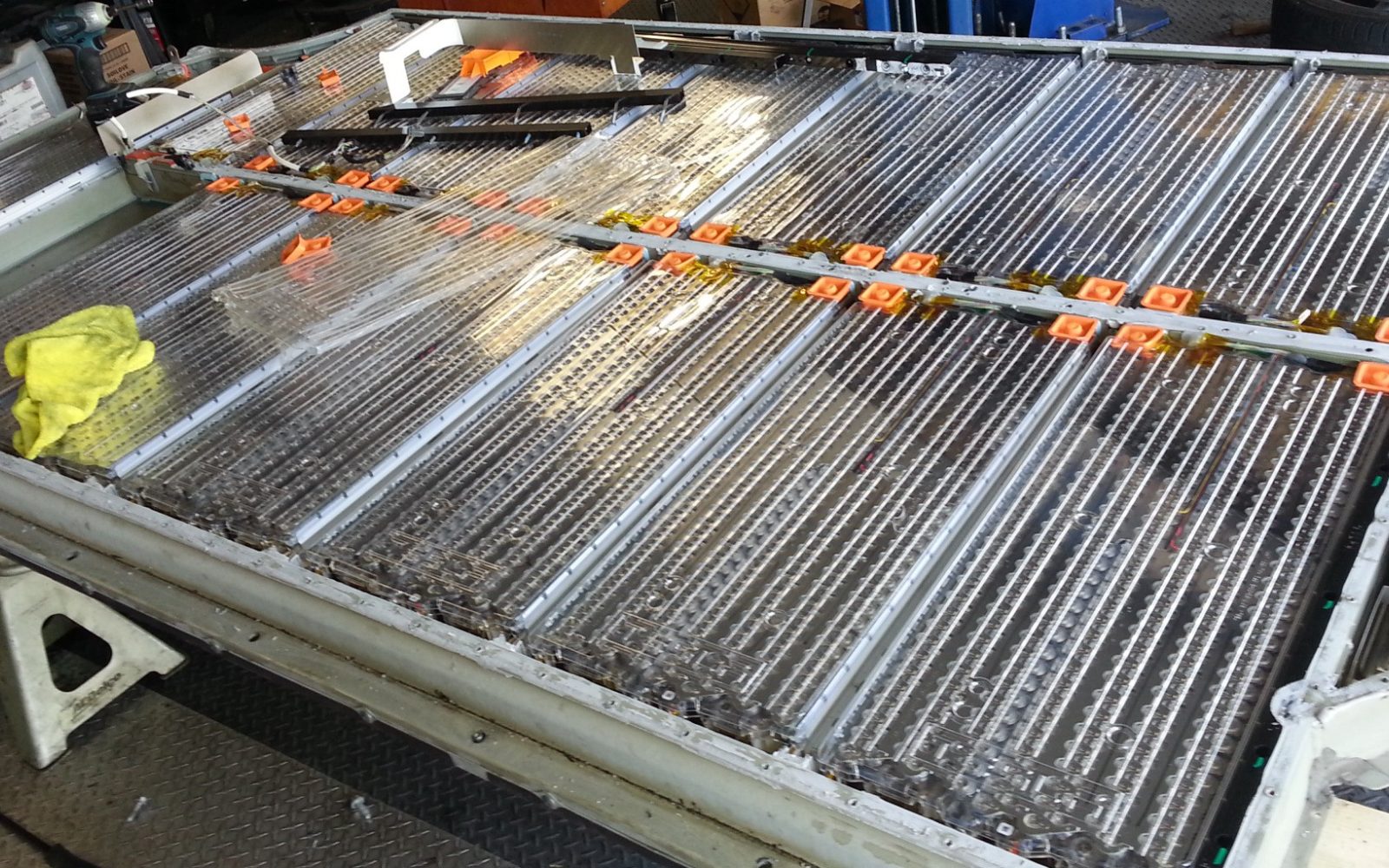 However, they didn’t explain what in the battery module, which Tesla makes itself, could have caused it to ignite.

The automaker reiterated that it believes its vehicles are 10 times less likely to catch on fire than gasoline vehicles.

While Tesla is correct to claim that gasoline cars are on average more likely to catch on fire than Tesla vehicles, that’s based on all vehicle fires and not just newer vehicles like Tesla’s cars.

In either case, it’s still statistically not something that people should be concerned about, but it’s obviously not the case, especially in China following those events.

That’s why Tesla needs to be transparent about its investigation into the cause of the fire when the vehicles are not involved in accidents.

As of now, it sounds like Tesla is just sharing the results of a preliminary investigation, because saying that the cause has been traced to a single battery module isn’t saying much.

They have already released a software update to make the thermal management system safer, but it sounds like they did so way before the findings from this incident.

Hopefully, they can learn more and it can lead to safer battery packs.