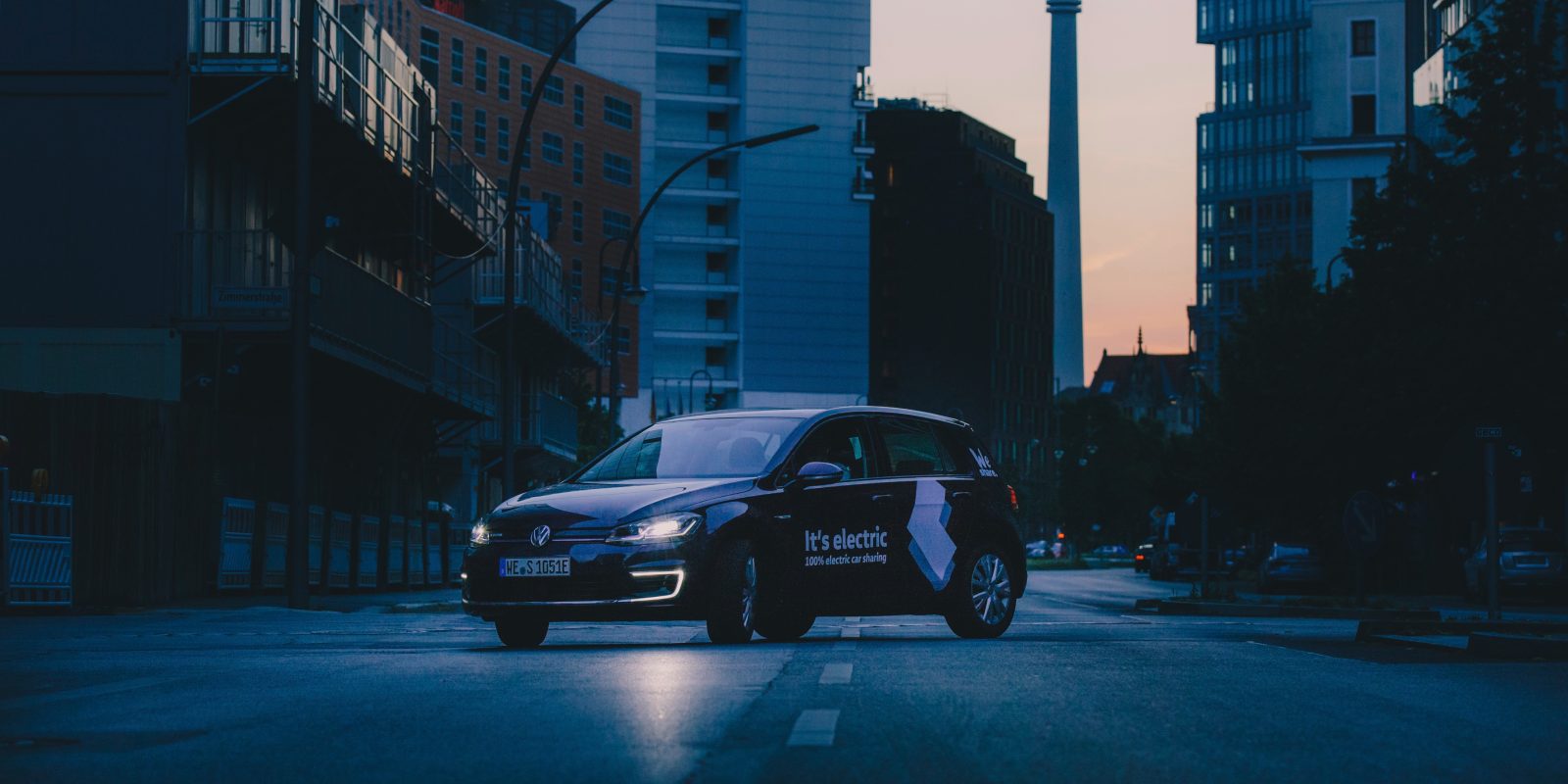 VW first announced the service last year, noting that it would launch by the second quarter of this year. The carmaker has followed through on its plans with just a few days to spare.

As expected, the service starts in Berlin with 1,500 e-Golfs. Those will be followed by an addition of 500 e-up! vehicles at the start of 2020, as well as VW’s upcoming ID.3 electric hatchback when that model is introduced in mid-2020. By that time, the WeShare Berlin fleet will feature more than 2,000 EVs on city streets.

WeShare will go beyond Berlin, as well, as Volkswagen also announced a few more details about the planned expansion of the service. Partnering with its Czech brand Škoda, WeShare will arrive in Prague in 2020. The service is also planned for another German city, Hamburg, later next year.

WeShare’ service area covers roughly 150 km2 at launch in Berlin’s city center and an area beyond the city’s train ring line. It will expand in the future, along with the fleet.

The service will use a free-floating system around the city, operating via an app without rental stations. An introductory cost to rent will be 19 cents/min., with an average price of 29 cents/min. expected from September onward.

Vehicles will be collected and charged by WeShare employees when necessary on Berlin’s public charging network. Later on, WeShare will offer users incentives for recharging the cars themselves.

VW says there are now 2.46 million car sharing users in Germany, but it believes going all-electric will help WeShare stand out.

An all-electric car sharing fleet is a great way to both reduce urban emissions and introduce new drivers to electric cars, and it’s good to see VW follow through on its plans.

It’s also very cool — and smart — that VW plans to introduce the ID.3 into the WeShare fleet as soon as it’s available. It certainly makes an extended test drive more convenient.