Elon Musk told employees that Tesla is on the verge of achieving a record quarter for deliveries, but they would need to go ‘all out’ to do it.

In an email sent to all employees last night, Tesla’s CEO wrote:

“As you may have noticed, there is a lot of speculation regarding our vehicle deliveries this quarter. The reality is that we are on track to set an all-time record, but it will be very close. However, if we go all out, we can definitely do it!”

There’s indeed been a lot of speculation.

The email comes after we reported Tesla’s delivery and order numbers for the quarter in North America, a market Tesla is focusing on at the end of the quarter because they can deliver cars faster as they come out of the factory.

Our report was mostly positive, but it was copied by Reuters who changed the headline to something negative and then claimed that it affected the stock: 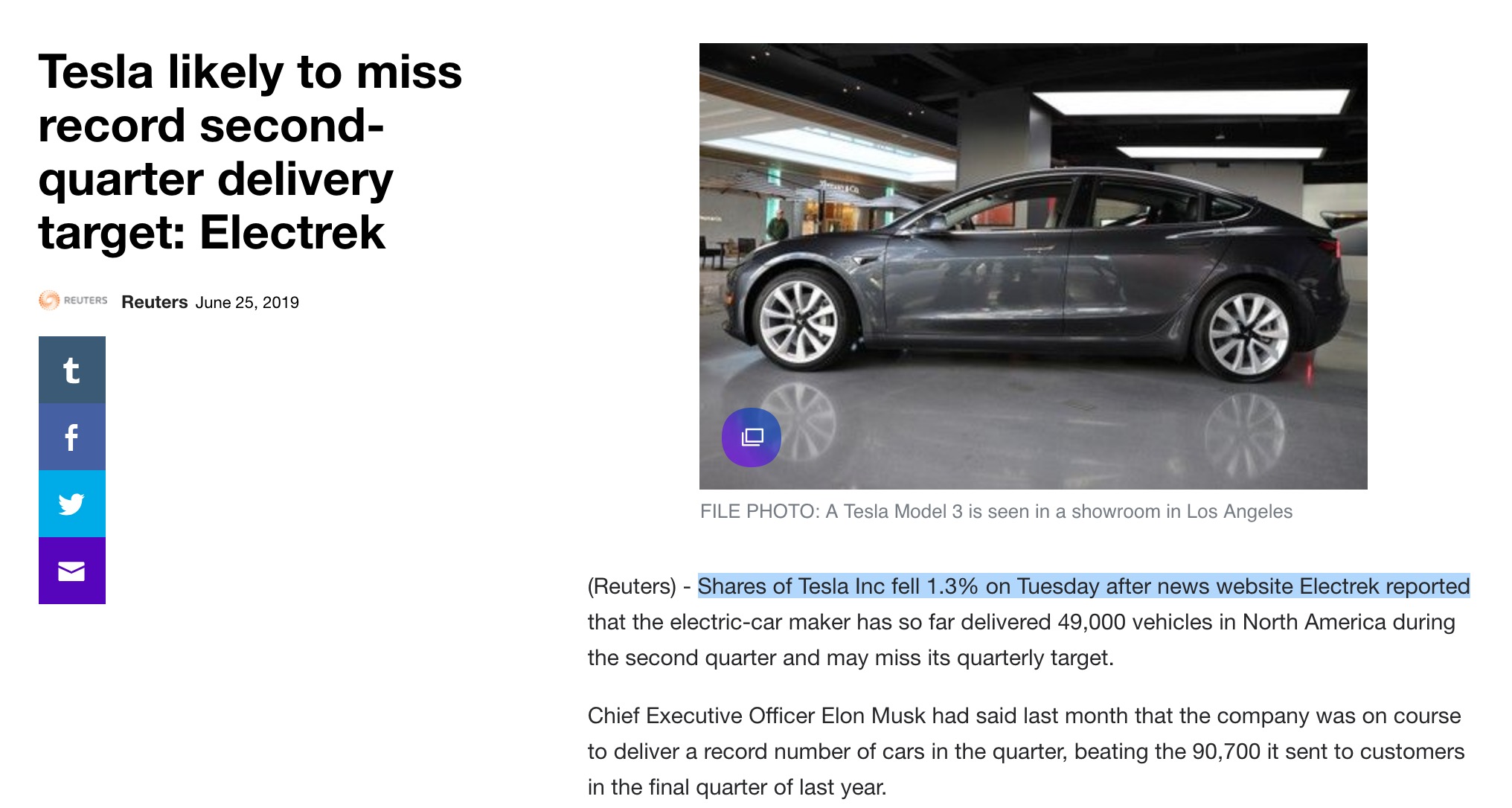 The publication later changed the headline to something more accurate since we never claimed that it was “likely” or “unlikeky” that they would hit the record.

All we reported is that Tesla received a surge of orders over the last week, but many of those orders don’t have a scheduled delivery, which is the bottleneck.

Musk confirmed this problem in the email to employees last night:

“We already have enough vehicle orders to set a record, but the right cars are not yet all in the right locations. Logistics and final delivery are extremely important, as well as finding demand for vehicle variants that are available locally, but can’t reach people who ordered that variant before end of quarter.”

The CEO still believes that the record of over 90,000 deliveries can be achieved this quarter.

As we reported yesterday, with over 12,000 undelivered orders, Tesla indeed has “enough vehicle orders to set a record,” but deliveries are the bottleneck.

In the new email, Elon points out that the vehicles are simply not in the right locations.

Yesterday, Tesla had 7,400 orders planned for deliveries in North America by the end of the quarter. For those cars, Tesla has the vehicles and they think they can get them to the customers who ordered them by the end of the month.

However, there are about 5,000 orders that Tesla can’t match right now to inventory vehicles and it is unlikely to be able to produce them all and deliver them in time.

It’s hard to estimate how many of those Tesla could deliver within the next few days. We hear that they try to convince customers to buy inventory vehicles with slightly different configurations in order to take delivery faster.

I think it’s still possible for Tesla to reach 33,000 deliveries in NA in June to push total deliveries in the market to over 60,000 in Q2 and over 90,000 globally, but it is going to take 5 days of nonstop work from the team.

Hence why Elon is asking them to go “all out”.