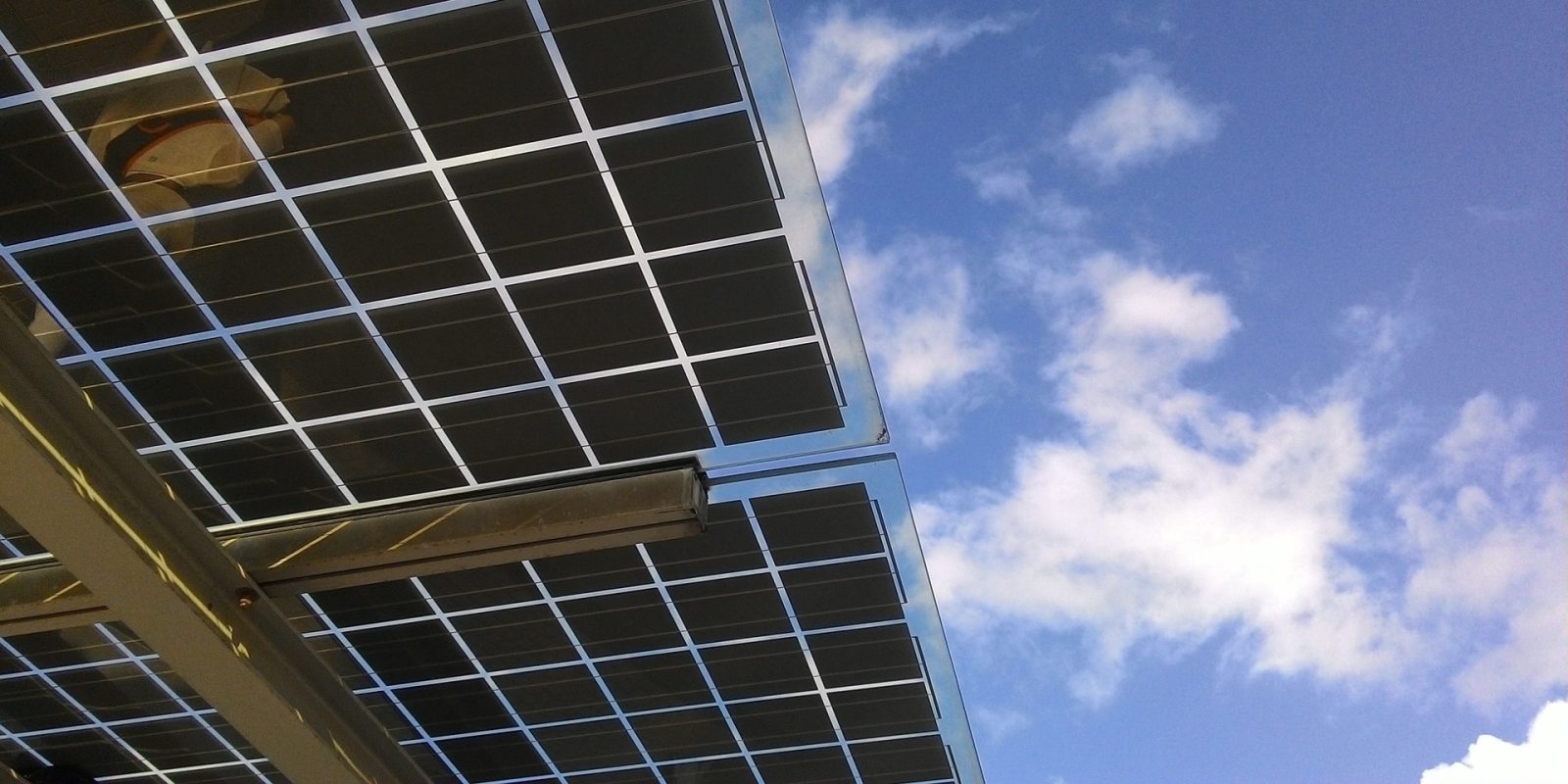 The Office of the U.S. Trade Representative said it’s granting a tariff exemption for bifacial solar panels, in a move that may shape a large segment of the solar industry for at least the near future. BloombergNEF solar analyst Hugh Bromley said to Bloomberg,

“This could insulate almost the entire utility-scale market from tariffs. I would expect the utility-scale industry to pivot almost 100% to bifacial products.”

This move offers a way around the tariffs which should be a boon both to manufacturers and developers of large solar farms that have the ability to use two-sided panels. Solar Energy Industries Association executive John Smirnow told Bloomberg,

“We’ve been advocating for additional exclusions, and bifacial modules in particular, for over a year now. This exemption will accelerate the adoption of bifacial technology in the U.S., which is still in a relatively early stage.”

Across all renewable energy industries worldwide, 11 million people were employed in 2018, according to analysis by the International Renewable Energy Agency (IRENA). This is up from 10.3 million in 2017.

While some larger countries didn’t see the job growth of previous years, Asian countries like Malaysia, Thailand, and Vietnam picked up the slack. A chart from IRENA below shows the total jobs worldwide (in thousands), with solar leading the way: 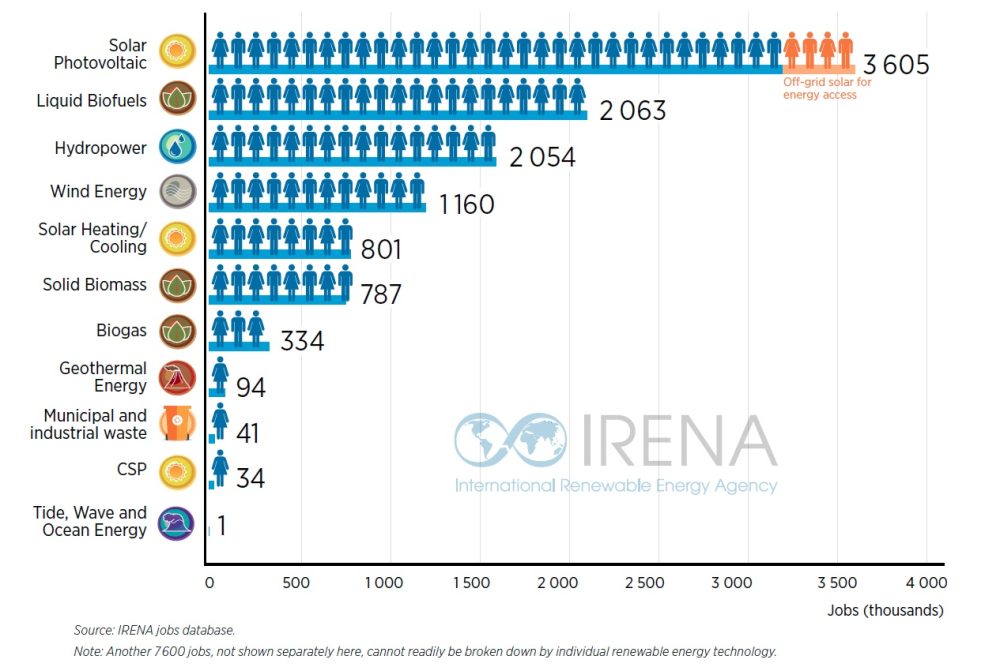 Target announced it has set a — ahem — goal to source 100% of its electricity from renewable energy sources by 2030. The goal applies to all of the retail giant’s domestic operations, powering stores, offices, and distribution centers.

Target has also set a checkpoint goal of 60% renewables for electricity by 2025. Currently, about 22% of the company’s electricity comes from renewable sources.

Unsurprisingly, renewable power purchase agreements with wind and solar farms will be a big part of Target’s plan, but the company notes that it will have rooftop solar installed at 500 locations by next year, and EV charging stations will be added to more than 100 different sites, as well.

Another One Bites The Dust

Another UK coal-fired power station will close in March 2020, reducing the total number left in the UK to five, The Guardian reports.

Last winter was the greenest ever for the UK, with milder temperatures and strong winds allowing for a greater reliance on renewables, with only 5% of electricity generated by coal over the entire winter. Gas, nuclear, and wind were the top three energy sources.

The UK recently broke its own record by generating electricity for more than 18 days without using coal at all — we’ll see if this summer can break that record again.

The city-state is already working on the world’s largest concentrated solar power/photovoltaic project, with the combined 950 MW Mohammed bin Rashid Al-Maktoum Solar Park. Dubai is aiming for that project to have a total capacity of 5 GW by 2030 after expansions.

But for Dubai to hit its goal of 75% power output from clean energy sources by 2050, it’ll need much more — an estimated 42 GW in total. Floating solar offers another pathway to reaching that target, and it would be a lot less expensive to construct than Dubai’s existing artificial islands.