A hydrogen refueling station exploded in Norway on Monday and the company operating the station has suspended operation at its other locations following the explosion.

Now, Toyota and Hyundai are both halting sales of fuel cell vehicles in the country.

Does this spell the end of fuel cell hydrogen vehicles as a “zero-emission” alternative?

The Uno-X hydrogen station in Sandvika in Bærum exploded on Monday and resulted in two injuries in a nearby non-fuel cell vehicle.

According to the police, the explosion was strong enough that it activated the airbags in the vehicle without any impact.

The cause of the explosion is currently unknown and the rest of the refueling network is being shut down.

“It is too early to speculate on the cause and what has gone wrong. Our top priority is the safe operation of the stations we have delivered. As a precaution, we have temporarily put ten other stations in standby mode in anticipation of more information.”

With the refueling network crippled, Toyota and Hyundai have announced that they are temporarily halting sales of fuel cell vehicles.

“We don’t know exactly what happened on the Uno-X drive yet, so we don’t want to speculate. But we stop the sale until we have learned what has happened, and for practical reasons, since it is not possible to fill fuel now.”

They will be offering loaner vehicles to customers who currently own the Mirai since they won’t be able to refuel.

Toyota insists that this is not changing their view on fuel cell hydrogen vehicles:

“This does not change our view of hydrogen, and it is important for us to point out that hydrogen cars are at least as safe as ordinary cars. The hydrogen tanks themselves are so robust that you can shoot them with a gun without knocking them.”

Hyundai, the only other automaker delivering fuel cell vehicles in Norway, has made similar announcements and statements.

I’ve always been really critical of the hydrogen fuel cell powertrain as an alternative to battery-electric vehicles. This isn’t the first incident of Hydrogen detonating (and no that’s not a link to the Hindenburg).

My concerns were always more about the efficiency of the powertrain and the entire supply chain versus the simplicity and efficiency of electricity and battery-electric vehicles, but we also can’t avoid the safety concerns of carrying and storing something like hydrogen. 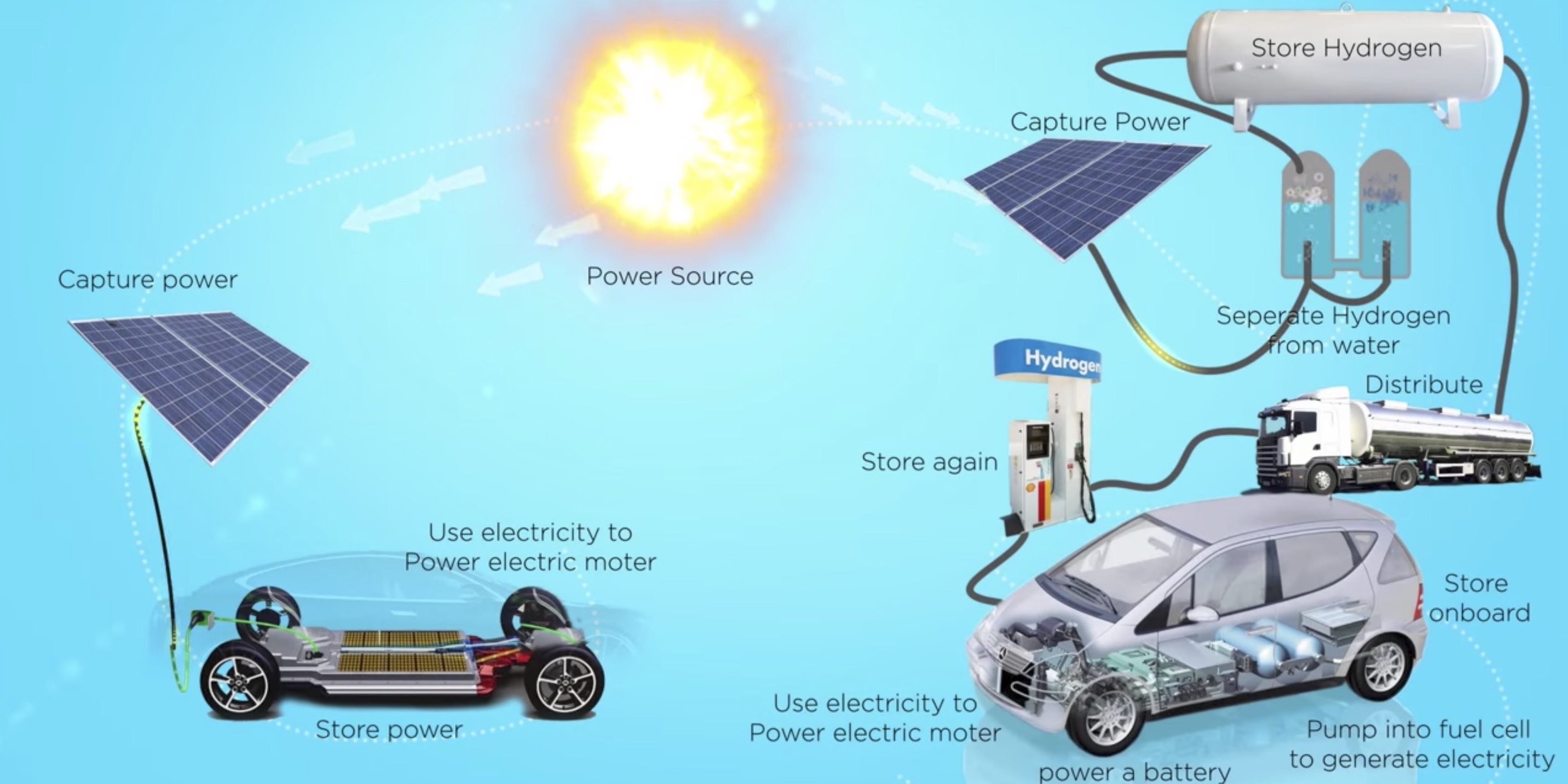 This is a big blow to the technology that a few automakers, mainly Toyota and Hyundai, have been holding to as their alternative to making all-electric vehicles.

Despite battery-electric vehicles being several times more efficient, Hyundai said that they are only “making electric plug-ins until hydrogen fuel cell vehicles take hold” and Toyota has invested billions into hydrogen while it has yet to launch an all-electric vehicle.

These companies have lobbied for strong subsidies for those vehicles in many markets and in some, they are even getting more subsidies than battery-electric vehicles.

Yet, they have been having a hard time selling their fuel cell models while electric vehicle sales have been growing fast.

This situation in Norway is not going to help make their case.

I don’t have the data to claim that fuel cell hydrogen is any more dangerous than any other type of car, but it is a concern when something like that happens with so few fuel cell cars and hydrogen refueling stations around.