When air pollution is up, Renault’s electric car prices go down in real-time on this Romanian billboard 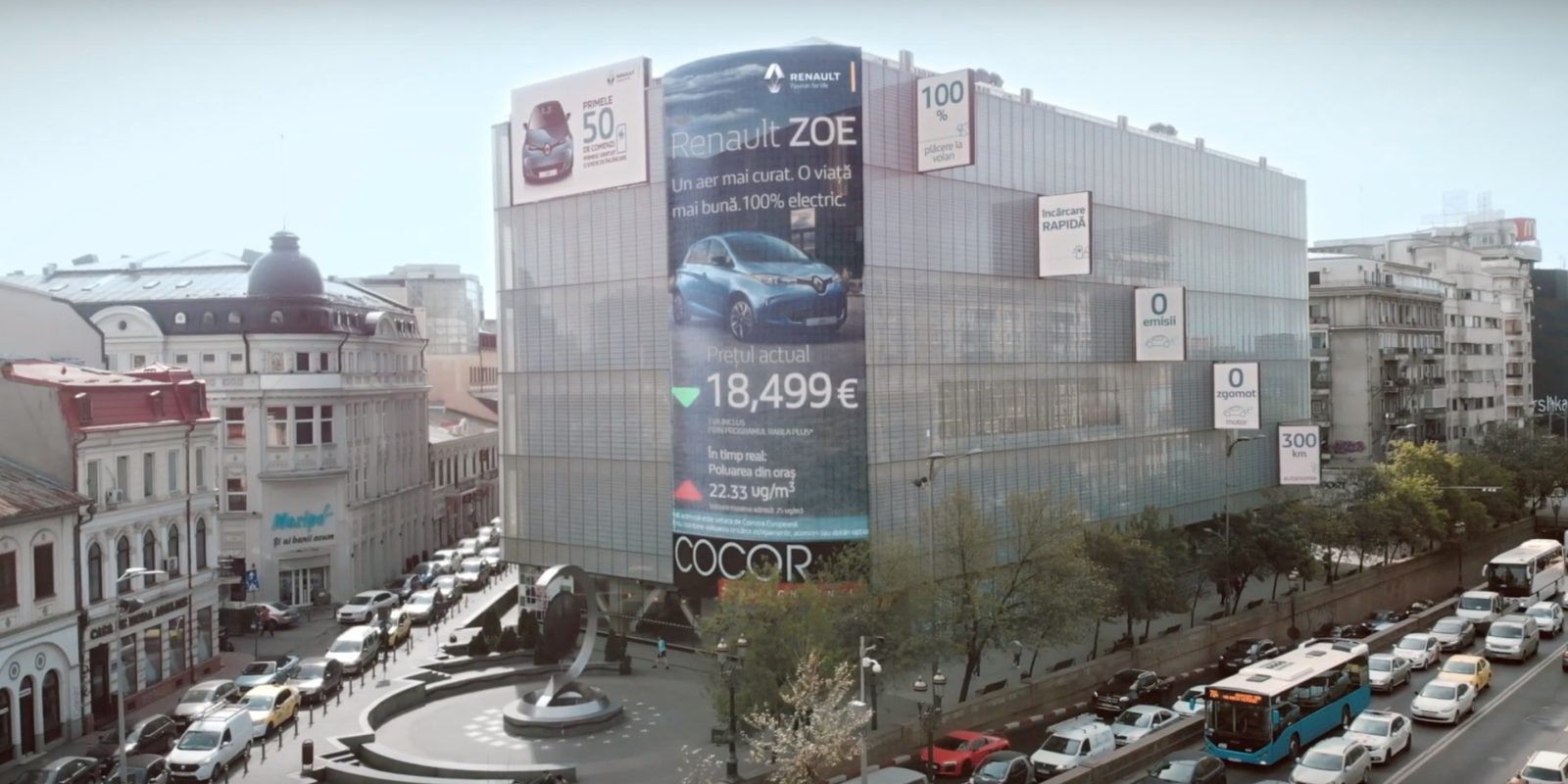 A recently launched Renault campaign in Bucharest, Romania ties the price of the Zoe electric car to air pollution levels in the city. When pollution levels are higher, the cost of the car drops — all displayed in real-time on a massive digital billboard.

Dubbed “The DisCO2unt Billboard,” the large digital display was connected to a sensor that measured real-time pollution levels. That sensor, along with others located in high-traffic areas around Bucharest, came up with a live air pollution average for the city.

The Renault Zoe’s price was updated every six minutes based on that air pollution average. Customers could claim that price online before going to the dealership.

Bucharest is one of the most congested and most polluted cities in Europe. The campaign was created by Bucharest-based ad agency Publicis Romania, which told Ad Age it aimed to target those Romanians who think electric car prices are too high.

Sure, strictly as a car sales campaign, this is a bit of a gimmick — though we are curious if it’s caused any increase in Renault Zoe sales within Bucharest.

But beyond that, this is a unique, eye-catching, futuristic campaign that uses technology to raise awareness about air pollution and electric cars. It’s a great idea, and we’re all for creative ways to get people to think about these issues.