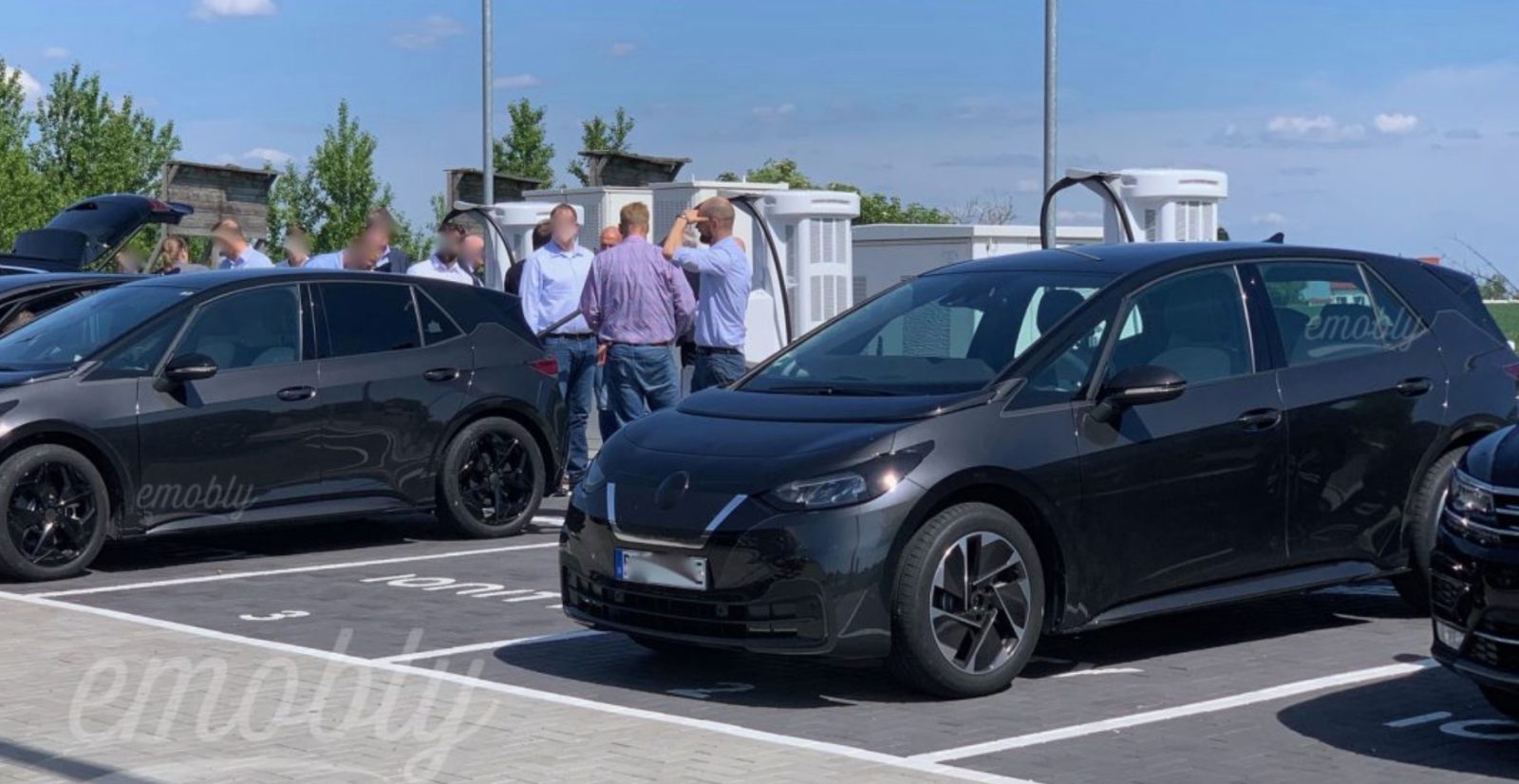 Volkswagen is working to bring to market the VW ID3 electric hatchback as their first mass-market next-gen electric car and now new prototypes have been spotted in the wild.

Earlier this month, VW launched pre-orders for the first edition of the vehicle and revealed the first official specs.

The ID.3 1ST won’t be the highest performance version of the new electric car.

Volkswagen says that it will be equipped with the medium size battery pack option, which has a capacity of 58 kWh for a range of 420 km (261 miles) based on the WLTP standard.

The regular production version of the ID.3 will be offered with three different battery pack options.

The 58 kWh represents the mid-range option and VW will also offer 45 and 77 kWh battery packs:

It represents between 205 and 342 miles of range based on the WLTP standard, which is known to be a little too generous.

The EPA-rated range should be closer to 185 to 310 miles of range, but it’s irrelevant since it doesn’t look like VW currently has plans to launch the vehicle in the US.

Nonetheless, it’s expected to be an important all-electric vehicle due to its price.

VW confirmed that they are targeting a based price of “less than €30,000” in Germany, where they need to advertise with the price including VAT.

There are still more specs to be released, but the biggest unknown for the moment is the final design.

With the launch of the pre-orders, VW released images of a new prototype with a weird camouflage.

Furthermore, different ID3 electric hatchback prototypes with a more traditional camouflage were spotted at the Ionity charging station in Euro-Rastpark Hohenwarsleben in Saxony-Anhalt (pictures by Michael Roth via emobly):

Interestingly, the prorotypes appear to have been camouflaged to look like Nissan vehicles with the Japanese automaker’s signature grille.

Otherwise, the camouflaged vehicles reveal the overall design of the ID3.

VW says that production will start by the end of 2019, but the deliveries won’t start before “mid-2020”.