After moving away from its free Supercharging model due to sustainability concerns, Tesla is now again bringing back free Unlimited Supercharging as a way to sell some inventory cars after the upgraded drivetrain.

For the first few years of the Model S and Model X program, unlimited free Supercharging has been one of the top perks that Tesla was offering to its customers.

“Sorry, it’s not really sustainable at volume production & doesn’t incent optimal behavior. We probably should have ended this earlier.”

After that, Tesla still brought back free Supercharging as an incentive to sell inventory cars and even Model 3 during a few periods last year.

For a while, ‘Free Unlimited Supercharging’ was also linked to Tesla’s owner referral program, but the automaker has since ended the program.

When relaunching the referral program earlier this year, Tesla again used free Supercharging as an incentive but only with credits for 1,000 miles (5,000 miles until the end of the month).

Now, Tesla is bringing back the full Free Unlimited Supercharging as an incentive separate from the referral program.

It applies to “new inventory” Model S and Model X vehicles that are not equipped with the recently announced hardware upgrade: 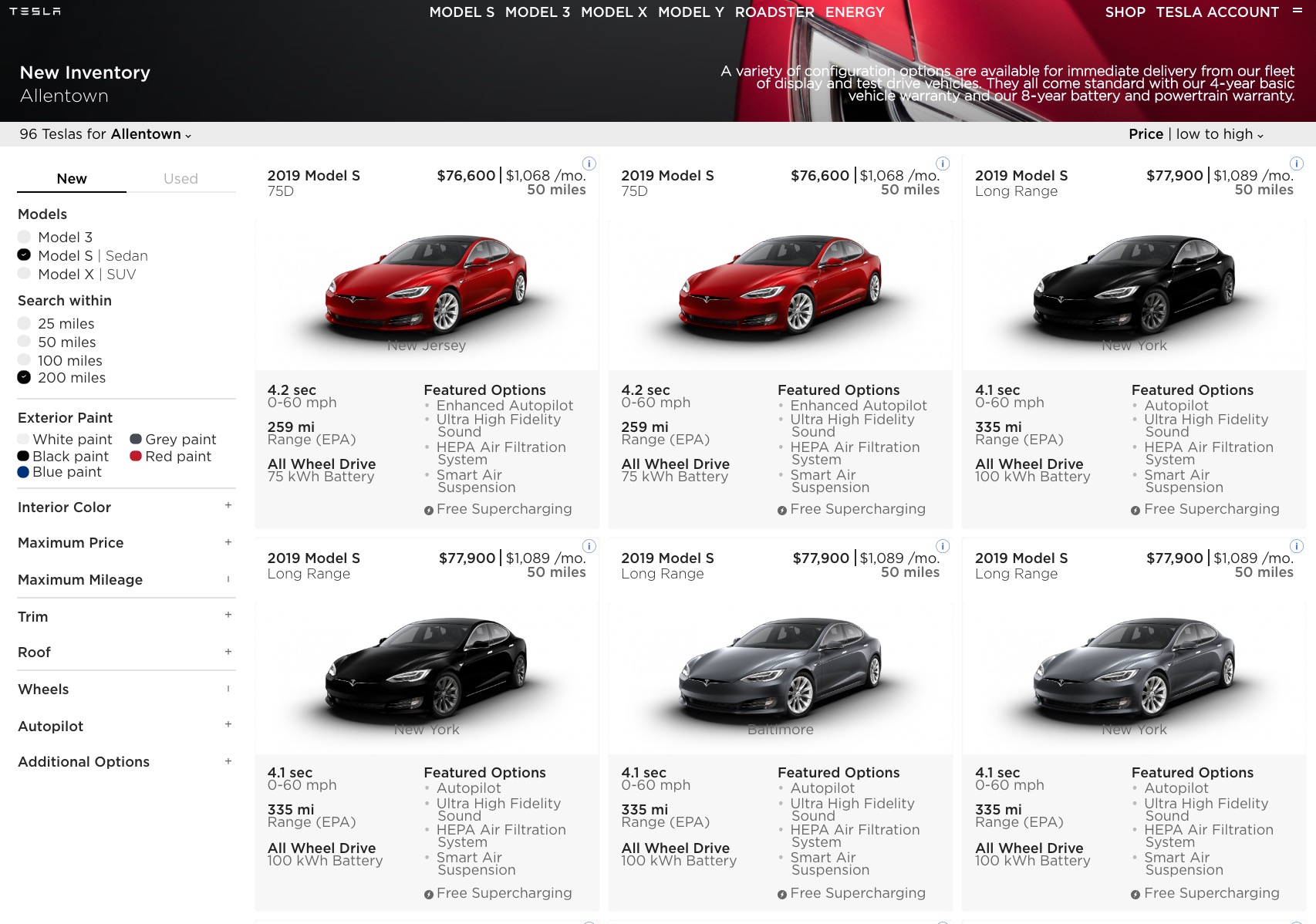 Electrek asked Tesla what “free Supercharging” means exactly since the terms have changed a few times. The automaker confirmed that its “free unlimited Supercharging” for the duration of the ownership. It changes if the title is transferred or the vehicle is sold.

Free Supercharging is never too far away. It’s a great perk, but I think it’s hard to justify in this case.

I would greatly prefer the new hardware upgrade when it comes to the 75D option.

As for the Long Range (100 kWh) all-wheel-drive options, it looks like there are some pretty good prices there that could be interesting.

If you are doing a lot of long distance travel, you might get your money’s worth.

That said, if you order a new Model S or Model X now with a referral code, you get the new hardware and 5,000 miles of free Supercharging, which is not unlimited, but it’s a lot too.

Either way, I find it hard to recommend buying a Model S or Model X right now because I believe more updates are coming later this year, but that’s up to you.