San Francisco has unveiled a plan that would require its largest private commercial buildings to run on 100% renewable electricity, a first in the US.

While New York’s plan requires emission cuts from its largest buildings, San Francisco would specifically require buildings to run on electricity generated by renewables. The city’s requirement is expected to reduce 21% of emissions from commercial buildings by 2030, when the entire city aims to run on 100% renewable electricity.

San Fran’s plan has a separate timeline for its buildings to go fully renewable based on size:

“San Francisco has always been a national leader when it comes to sustainability, but we know that the reality of climate change requires us to go further. Transitioning our large buildings to 100 percent renewable energy is an important step to continuing the progress we have made with CleanPowerSF towards making San Francisco an even more sustainable city.”

The largest buildings — those over 500,000 square feet — could use any of the city’s electricity providers to meet the 2022 requirement. San Francisco would phase the requirements in “to ensure adequate renewable electricity is available for procurement.” The city’s Department of the Environment will also form a public-private task force to produce a decarbonization roadmap for buildings by next year.

San Francisco says it has already reduced its greenhouse gas emissions 36 percent below 1990 levels. Emissions from buildings and transport make up about 90% of the city’s total emissions, according to San Francisco’s Department of the Environment: 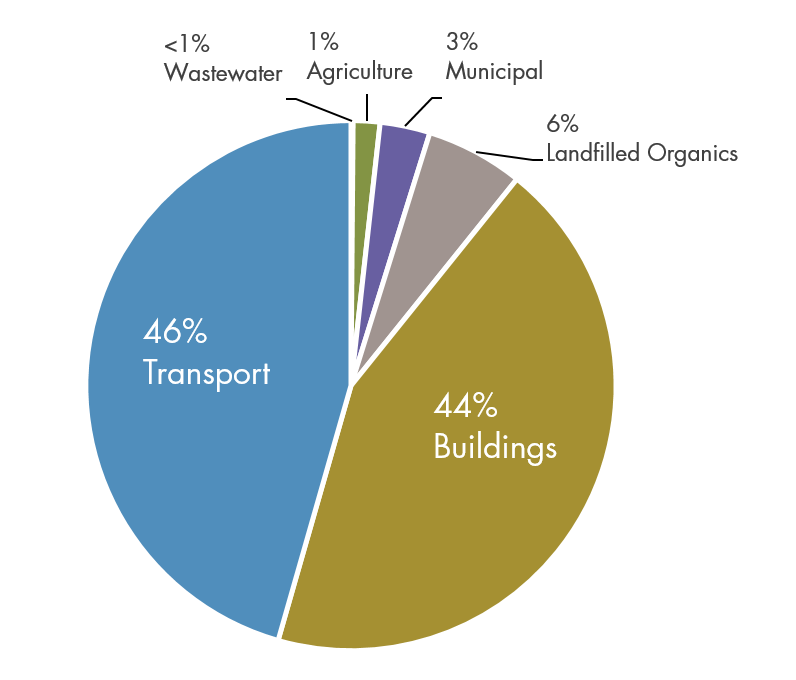 Mayor Breed and Supervisors Vallie Brown and Ahsha Safaí are expected to formally introduce the proposal to the Board of Supervisors next month, the San Francisco Chronicle reports. City officials don’t expect commercial property owners to fight the plan.

New York and San Francisco would be going about cutting their building emissions in different ways, but both are stepping up and providing a path for other cities to emulate.

Reducing building emissions matters most in large cities…but it’s not just major coastal cities that have interest in enacting such measures. Lansing, Michigan announced a plan recently to run all 187 of its city buildings on renewable energy.