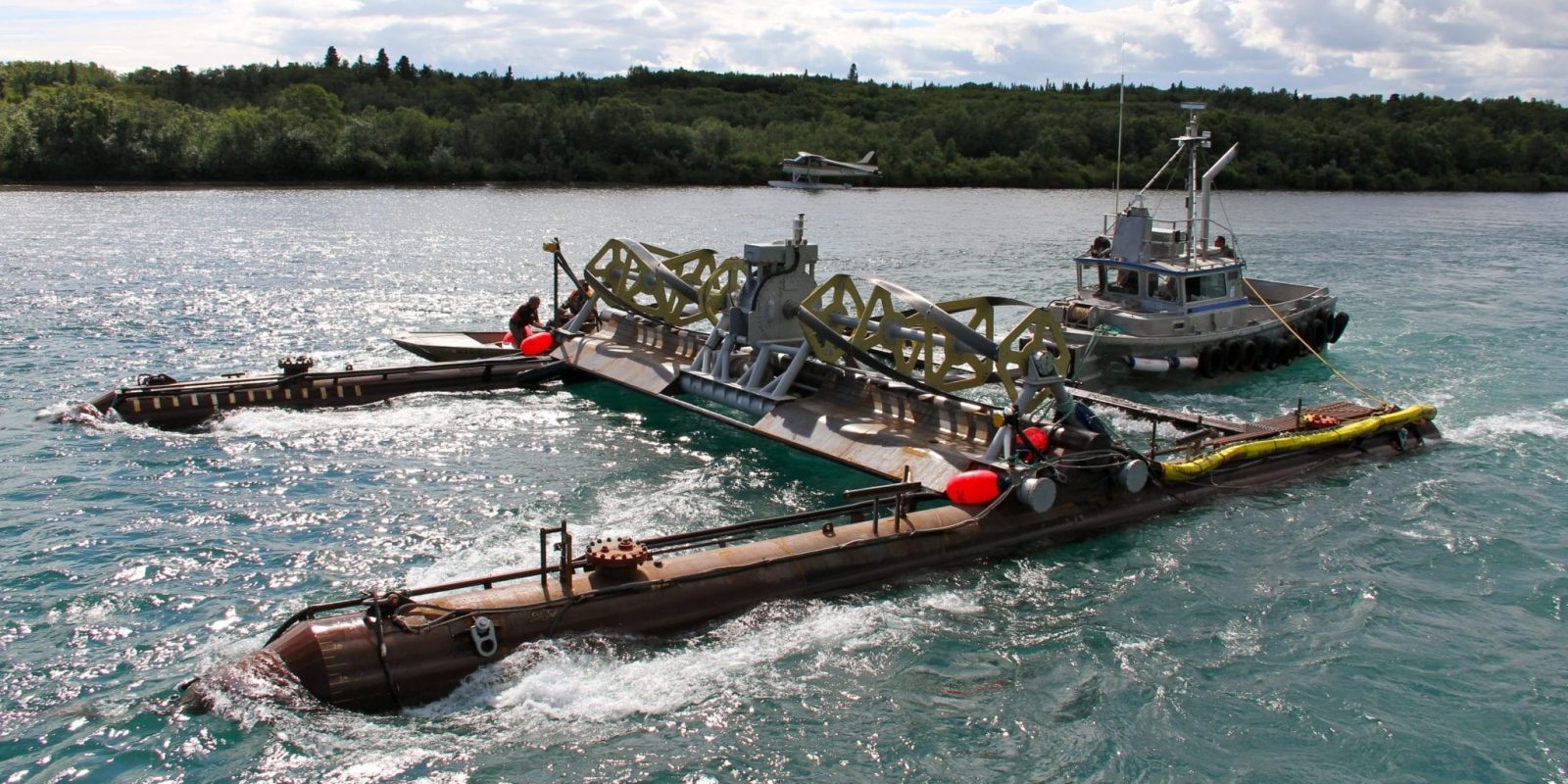 A Maine company announced the commercial launch of a renewable river-driven energy system that it hopes will be used to power remote communities around the world — communities which often rely on diesel to generate electricity at extremely high prices.

ORPC’s RivGen Power System isn’t new — in fact, some versions of the system have been used to deliver electricity to the community of Igiugig, Alaska (pop. 50) for a few years. Igiugig is being used as a test site for RivGen, and a revamped system installed in 2015 has been able to generate nearly a third of the small community’s electricity needs, ORPC says.

ORPC announced that its newest RivGen system would be delivered to Igiugig with the hopes of offsetting diesel fuel use in the community by up to 50 percent, and eventually, moving the community to a point where diesel fuel would only be used as a backup.

With RivGen’s commercial launch event, the company clearly has big plans to provide many other communities with similar benefits. ORPC co-founder and CEO Chris Sauer said,

“ORPC’s RivGen Power System is the future of sustainability for 2 billion people mostly indigenous people [sic] around the world, 700 million of whom who currently rely on diesel fuel to power their homes. ORPC provides a marine renewable energy solution that combines our patented power systems with smart grid electronics and energy storage to build the no-carbon microgrids of the future.”

The company also makes a TidGen Power System that works similarly, but generates electricity from tidal currents, as opposed to river currents.

What’s really interesting here is how ORPC is targeting small, remote communities with its system, which makes a lot of sense. Humans have been using small hydropower projects (i.e., water wheels) in remote communities for thousands of years, so this concept is more evolutionary than revolutionary. Pricing is still an obvious initial obstacle, as these locations will need some sort of outside funding to benefit from the tech. (The US Department of Energy provided $2.3 million in funding last June to continue using Igiugig as a test site.) There may be some questions about long-term maintenance, as well, in addition to typical ecosystem concerns.

But Igiugig has proven to be a strong test case — strong enough that ORPC is confident enough to announce a commercial launch. And that puts another little dent in diesel.