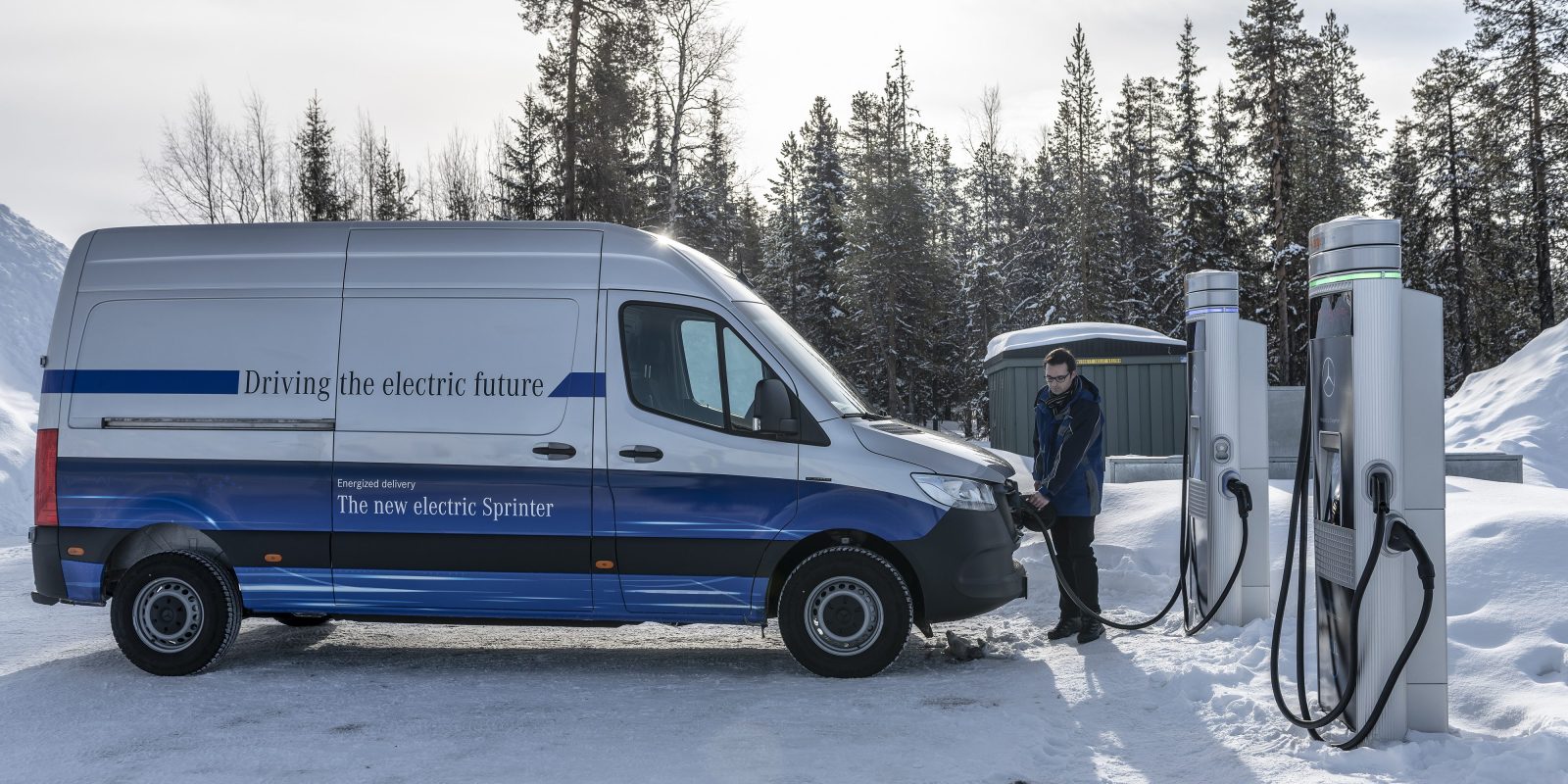 Mercedes-Benz released new details about the development program of the new electric eSprinter van as it completed its winter endurance test ahead of the launch.

Last year, Mercedes-Benz unveiled its electric eSprinter van with plans to bring it to market in 2019.

At the time, they didn’t go into details about the electric powertrain of the vehicle, but the company did release new details today.

The eSprinter is equipped with a battery capacity of 55 kWh for “an estimated range of 150 kilometres with a maximum payload of 900 kilogrammes.”

Mercedes-Benz says that there will be “a second battery option” with a “capacity of 41 kWh” that “allows the payload to be increased by around 140 kilogrammes to a total of 1040 kilogrammes with a range of about 115 kilometres.”

The company didn’t release the charge rate enabled by the integrated fast-charging function, but they did say that they get “80 % of battery charge within 30 minutes.”

As for the motor, Mercedes-Benez says that it has similar power to the entry-level diesel engine found in the Sprinter; the electric drive in the eSprinter has an output of 85 kW and a torque figure of up to 300 Newton metres.

The German automaker brought the prototypes to its test facility close to the Arctic Circle in Arjeplog, Sweden to put the vehicles through numerous complex tests, including “driving on a frozen lake to examine the effects of extreme cold on handling, ergonomics and comfort using special measuring technology.”

Benjamin Kaehler, Head of eDrive for VANs at Daimler AG, commented on the winter testing of the eSprinter:

“Yet again we asked a lot of our eSprinter during the final winter endurance tests. Thanks to our comprehensive tests, we were able to squeeze out the last couple of percentage points from our second fully-electric van after the eVito on its way to complete market readiness. Particularly with regard to thermal management, so important to electric vans, we were able to gain insights which will make the eSprinter safer and more comfortable. We are very proud of the result and are looking forward to being able to offer our customers an extremely reliable product very soon that is more than suitable for everyday use, regardless of the conditions.”

Mercedes-Benz said that the final winter tests showed that “the eSprinter is ready for its market launch”, which is set to happen in the second half of 2019.

How is there not a 100+ kWh battery pack option for the eSprinter? The specs are OK for some urban applications, but I feel like they could have dominated the higher-end of the market with a longer range option.

Sounds like they could use the help to deliver a more capable powertrain.

That said, I still think the eSprinter is going to be useful for some urban applications and with a limited 55 kWh, it shouldn’t be too expensive.