Tesla Powerwall is the most requested home energy storage device by consumers, according to a new survey of solar installers.

The problem is that most of them can’t get Tesla’s home battery pack.

According to a new survey of solar installers by EnergySage, the majority of buyers asking for a home battery solution are requesting a Tesla Powerwall.

That said, the same report says that only 12% of the installers are able to carry and quote Tesla’s home battery pack:

“According to installers, more than one in three solar shoppers are also interested in a home battery, resulting in more solarplus-storage installations in 2018. However, responses also illustrate a gap between consumer brand preference and what installers stock. While over 55% of installers reported that their customers specifically request Tesla battery solutions, only 12% of solar installers surveyed actually carry and quote the Tesla Powerwall.”

While people want to buy a Tesla Powerwall, they often have to settle on other brands because Tesla can’t produce enough battery packs: 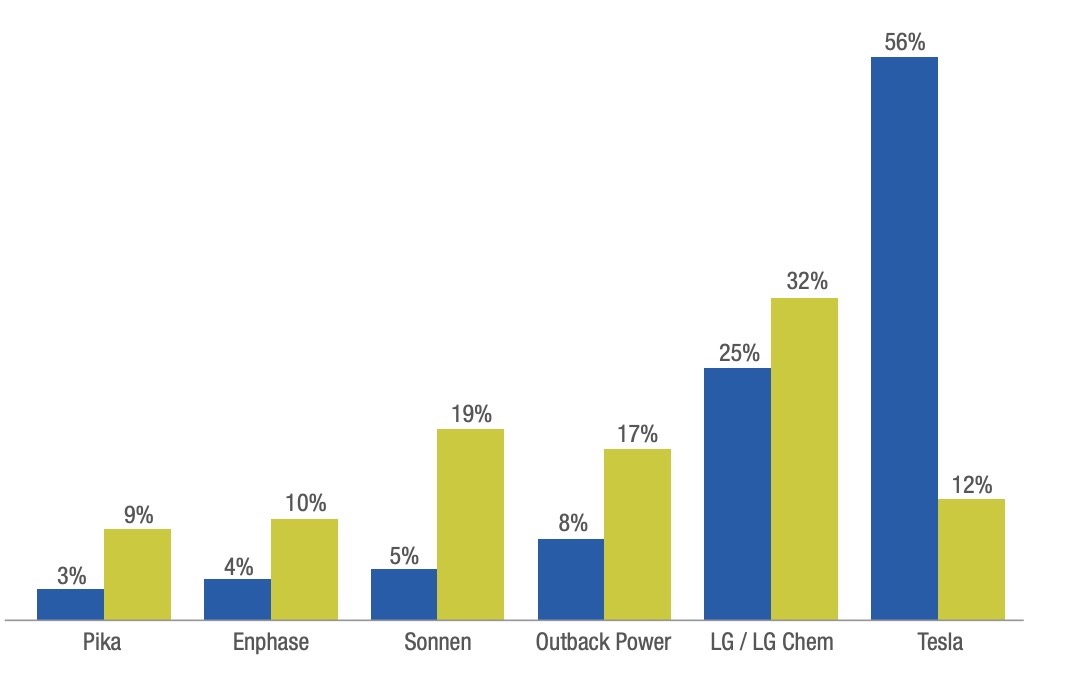 The reason why Tesla couldn’t capitalize on that demand is likely the fact that the Model 3 production ramp-up has taken over some of the company’s stationary energy storage production capacity.

The discrepancy between requests and installations could also be explained by Tesla phasing out sales through third-party installers and instead using its own sale channels.

The company wrote in its Q3 2018 shareholders letter:

“Following adjustments to our sales channel strategy earlier this year, a majority of our new solar energy orders now comes from our own website and stores rather than through third-party channels.”

In overall mindshare for the solar market, Tesla scored a second place behind LG, according to the EnergySage report: 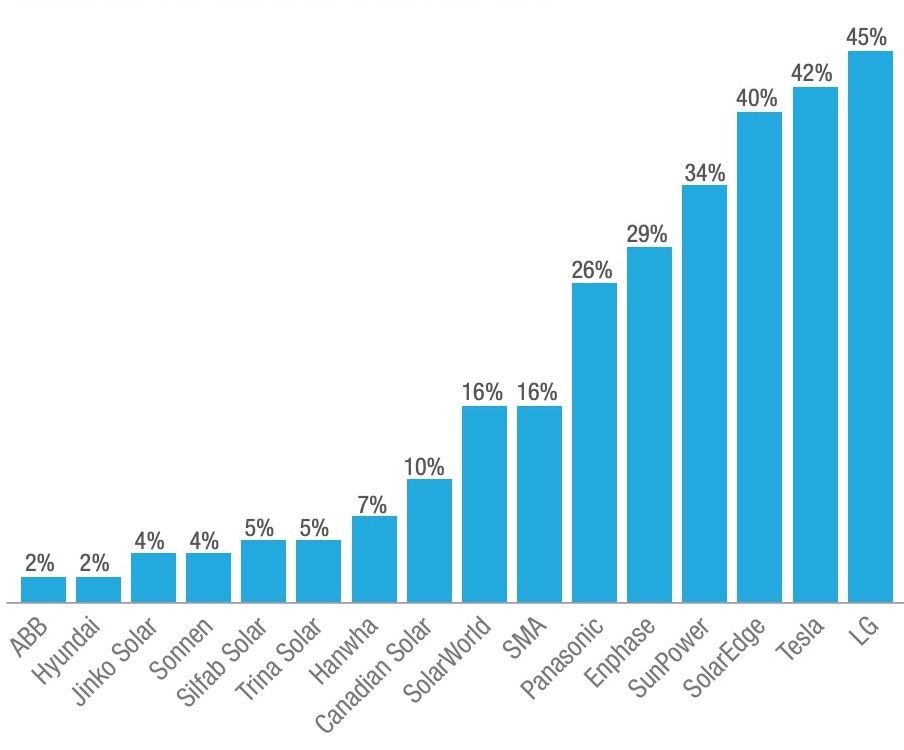 Tesla’s solar brand is only about 3 years old after the company took over SolarCity and phased out its brand.

Tesla is clearly losing a ton of sales due to the slow production ramp-up of the Powerwall, but the good news is that it is definitely helping the overall energy storage market.

I think this year could be particularly interesting for Tesla Energy both the storage front and on the solar generation front.

They have two important products that they have been trying to ramp up for a long time: Powerwall and solar roof tiles.

2019 is likely going to be the year when we see both of those products hit the market in more significant numbers.