While we all like to think of the more glamorous parts of a day out boating, it’s not all fun and games. After nature calls and it’s time to hit the head, that sewage must go somewhere. Less scrupulous large boat operators might opt for the easy solution and turn the sea into their own personal “dump”. But that can cause major ecological damage. Instead, responsible boaters call on sewage pump-out boats, whose thankless job it is to, well, pump-out sewage from boats’ onboard tanks.

And while these sewage boats are often as dirty as their cargo, the first solar-powered electric sewage pump-out boat is now in operation using the latest in electric boat technology.

The boat was delivered to the township of Branford, Connecticut, where its main role is to prevent untreated human waste from polluting the local waters. It will help to offset the greenhouse gas-emitting boats that normally perform that dirty work.

The boat was developed as part of a research project performed jointly between the Yale University School of Public Health and the East Shore District Health Department. Funding was provided by a grant from the U.S. Fish and Wildlife Service and Connecticut Department of Energy and Environmental Protection under the Federal Clean Vessel Act as well as local fundraising efforts. 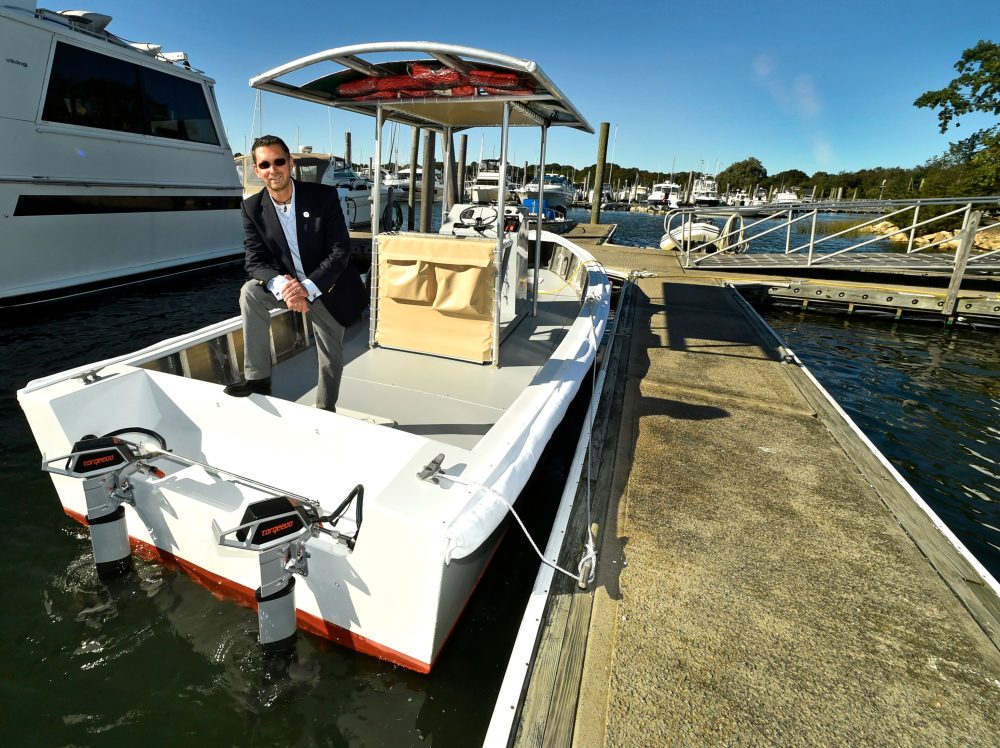 According to Michael Pascucilla, CEO and Director of Health for the East Shore District Health Department:

“Today we are the proud owners of the world’s first full-size solar-electric pump-out boat. This is a historic moment for our local shoreline communities, our state and our country. This vessel not only protects our local marine recreational beaches and shellfish/kelp farm beds, but it also addresses the very real issue of climate change that is impacting Connecticut’s coastal communities.

As a public health agency, we see reduction of carbon footprint as an important part of our duty to safeguard our communities’ environmental health. Our research into current solar-electric technology for this vessel demonstrated that is a viable alternative to traditional internal combustion engines for recreational and commercial boats, and we hope the success of this project will lead to wider acceptance of this technology across the marine industry.”

All the dirty details

Despite the boat’s dirty duties, its operations are clean and emission-free. Unlike other sewage pump-out boats, this one only has one tank to fill.

The batteries are recharged by eight 100-watt solar panels, providing 400 watts to each of the two battery banks. The solar panels perform double duty as an awning to keep the operator cool. In addition to powering the boat’s propulsion, the batteries also drive the boat’s 48 V 1.5 kW pump and provide enough reserve capacity for a full day’s dirty work. 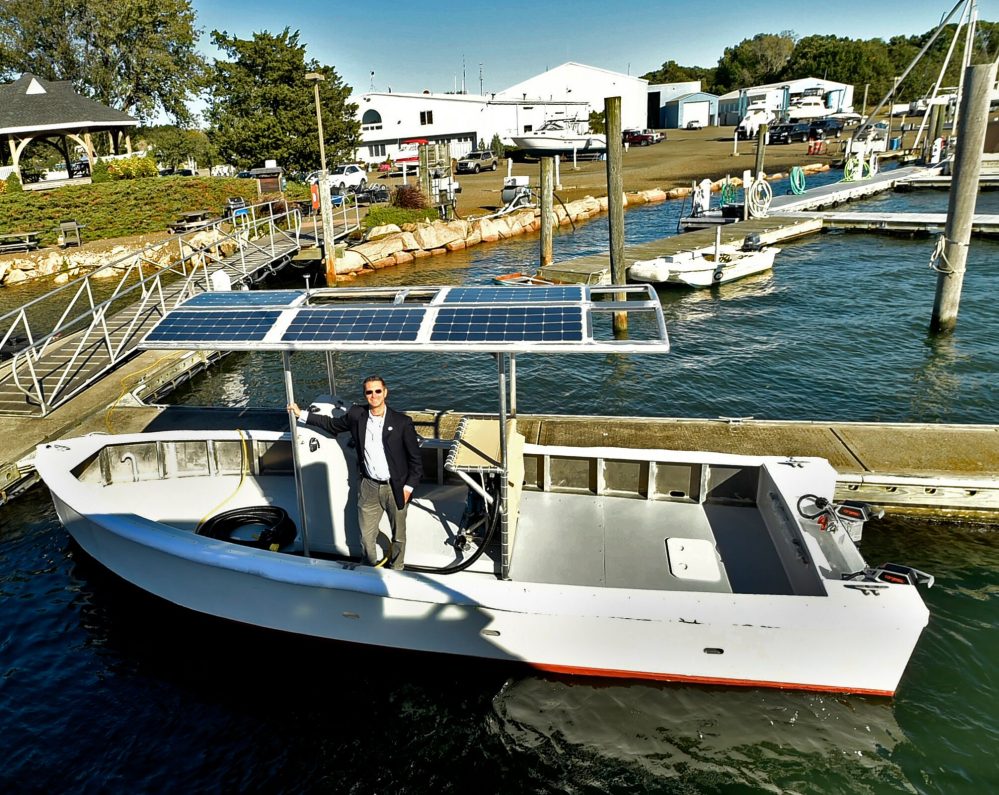 Torqueedo’s batteries and motors have been used on a number of interesting vessels. In addition to glamorous projects like sewage pump-out boats, Torqeedo systems are powering everything from speed boats to electric Kayaks.

What do you think of this dirty boat coming clean? Pop a squat and let us know in the comments section below. Give us your best puns, we can stomach it.