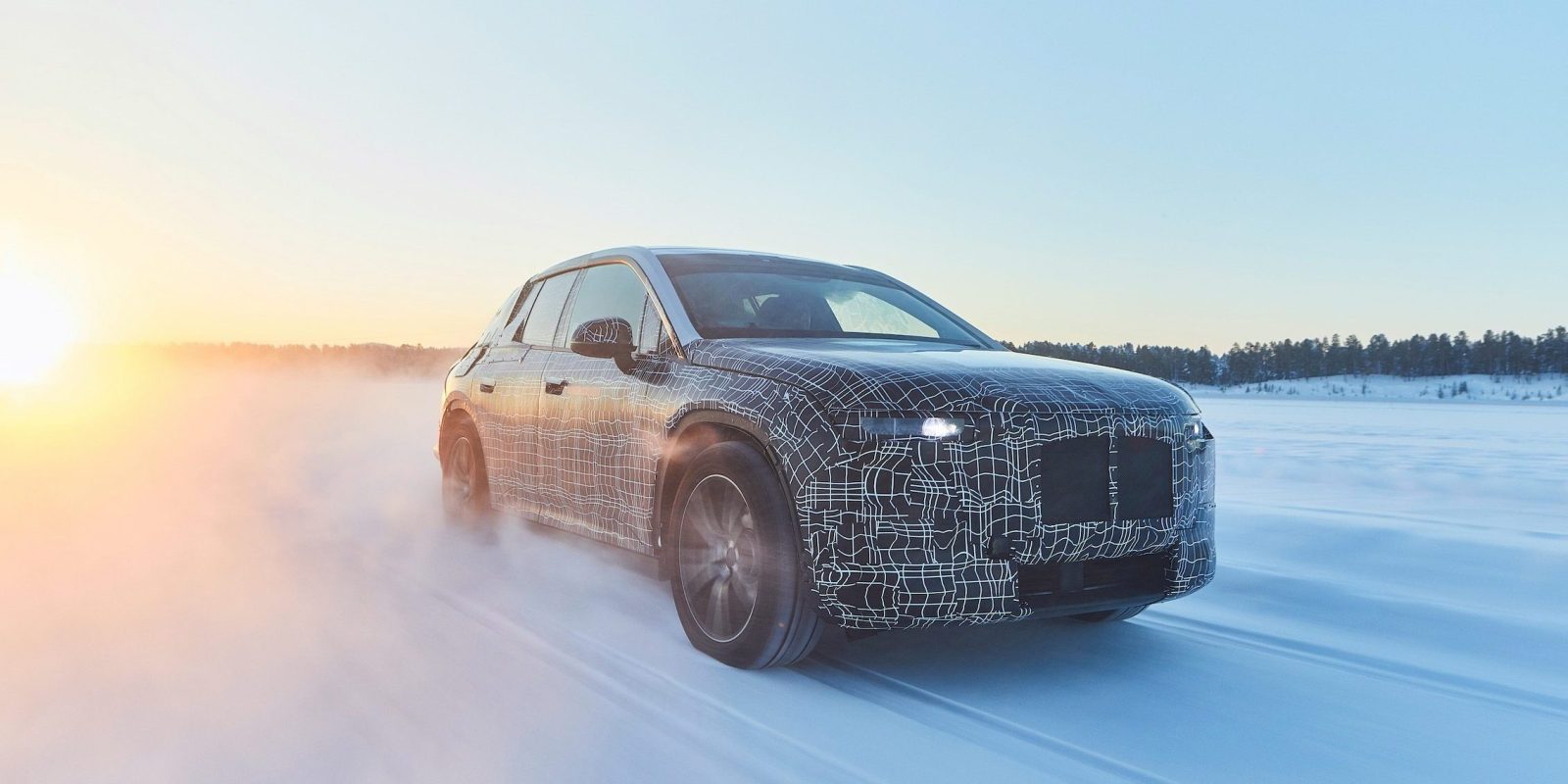 A few months after unveiling the concept, BMW is now showing a new camouflaged prototype of its iNEXT, an upcoming electric crossover, as it’s doing its first round of winter tests ahead of its 2021 production launch.

BMW has been teasing the vehicle for years and hyping it as the next-generation electric vehicle.

In September, the German automaker unveiled the concept version of the iNEXT.

Unfortunately, BMW didn’t offer any specifics when it comes to the specs at the unveiling other than saying that it will have the latest electric and autonomous technology available.

The company has also previously claimed an insane 435-mile range, which is a lot even for 2021.

Now BMW is releasing images and details about the first iNEXT prototypes undergoing their first series of tests at the BMW Group’s winter test centre in Arjeplog, Sweden:

In an email about the tests, BMW describes the iNEXT as “a modern Sports Activity Vehicle (SAV)”, which they think “embodies the pioneering interpretation of brand typical driving pleasure – with purely electric drive, intelligent all-wheel-drive system and model-specific suspension technology.”

Those are the components currently being winter-tested together under real-world conditions at the polar circle for the first time.

BMW says that it is putting the prototype into the same intensive series of tests as their gas-powered cars.

The automaker added about the winter tests on the iNEXT:

“The test drives with the camouflaged BMW iNEXT are being conducted on snow-covered roads and ice-covered lakes, where low temperatures and minimal road friction dominate everyday testing. The cold poses a challenge, above all, for the electric motor, the high-voltage battery and the cooling system of the BMW iNEXT. The testing engineers also attach particular importance to the eDrive energy management system.  They analyse the way in which the extreme sub-zero temperatures affect how the energy storage system recharges, how electricity is transferred to the electric motor, how the electrical system is supplied with energy and how the heating and air condition systems respond. The power transmission and suspension regulation systems are also tested far beyond what is standard in day-to-day traffic conditions. On closed-off, ice-covered surfaces electronic regulation can already be provoked at low driving speeds. For the engineers this means that they can, for example, analyse the interaction of the all-wheel-drive system, which was especially developed for the electric drive, and DSC (Dynamic Stability Control). They can then continuously optimise the processes under exactly reproducible conditions.”

BMW says that the steering and braking systems are also being fine-tuned under these difficult conditions.