Tesla ended its Q4 2018 earnings call with a bit of a surprise, albeit one we’ve heard before: CFO Deepak Ahuja will be retiring. In his place, Zach Kirkhorn, previously the company’s vice president of finance is taking over.

Kirkhorn had only been the VP of finance for 2 months prior to today’s announcement. However, current CFO Ahuja said, “I feel really good about Zach taking over. He’s proven himself over the years with many tough challenges he’s worked on.”

Kirkhorn has a finance degree from the University of Pennsylvania Wharton School and an MBA from Harvard and has been with the company for a decade in various finance roles.

Ahuja noted that he would remain an outside advisor to Tesla and CEO Elon Musk noted that he’d “hope that would be for years to come”.

But seriously, I know the shorts are always conjuring up some conspiracy that “DEEPOK turning state’s evidence.” I think he might have just been hanging around until another star emerged. Kirkhorn has had a pretty wild ride at Tesla over the past decade climbing up the ranks fairly swiftly according to his LinkedIn with a promotion every 2 years. 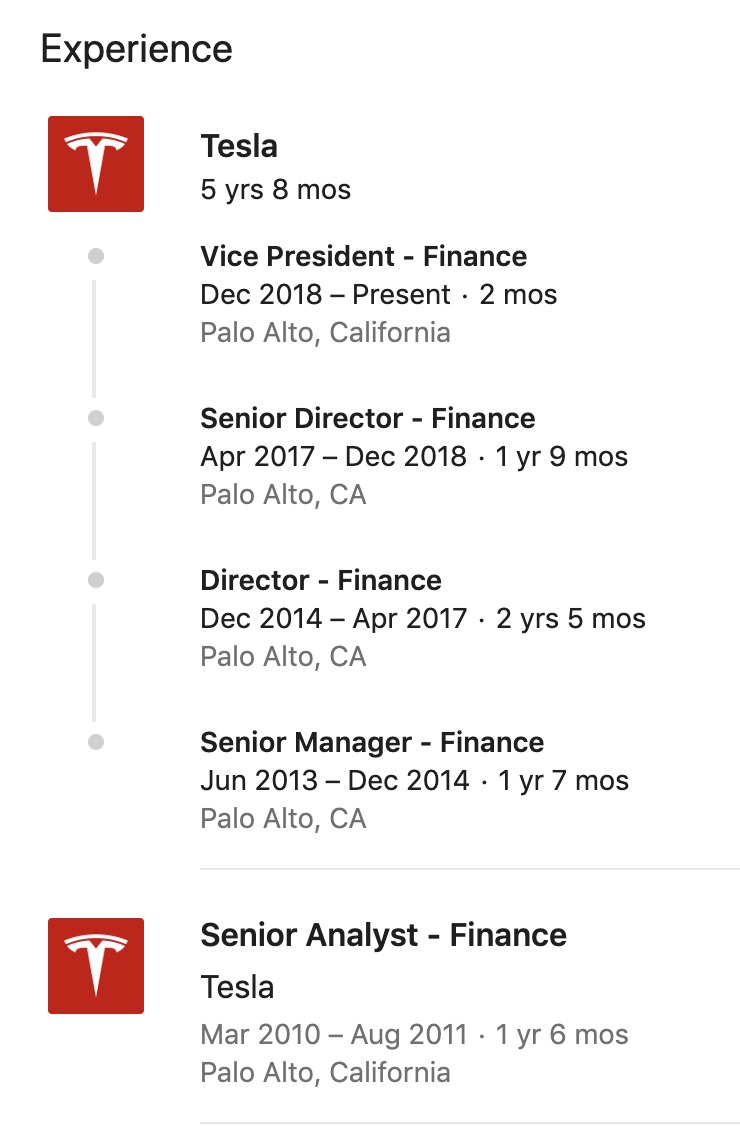 He sounded a little bit boring and withdrawn on the call but in reality, you don’t want a creative extrovert running the books.