A new report claims the electric vehicle market will reach a “tipping point” in 2022, when the cost of owning a BEV will equal that of owning a gas or diesel vehicle. The analysis comes from Deloitte, which also foresees EVs grabbing ten percent of the total market by 2024.

Deloitte identifies two main factors in reaching this conclusion in its incredibly detailed report: policy and regulation. The report points to future emission targets and fuel economy standards, financial incentives, and future city access restrictions as being the major drivers of this point.

Regarding those access restrictions, it’s pointed out that about 20 major cities have already announced plans to ban gas and/or diesel vehicles by 2030 or sooner.

The second factor is customer demand. Deloitte’s report analyzes various customer concerns, including driving range, cost premium, and charging infrastructure/time. Demand is expected to increase over time based on the expected future progress in batteries and battery systems. Presumably, customer anxieties will ease around the time of this prospective tipping point. 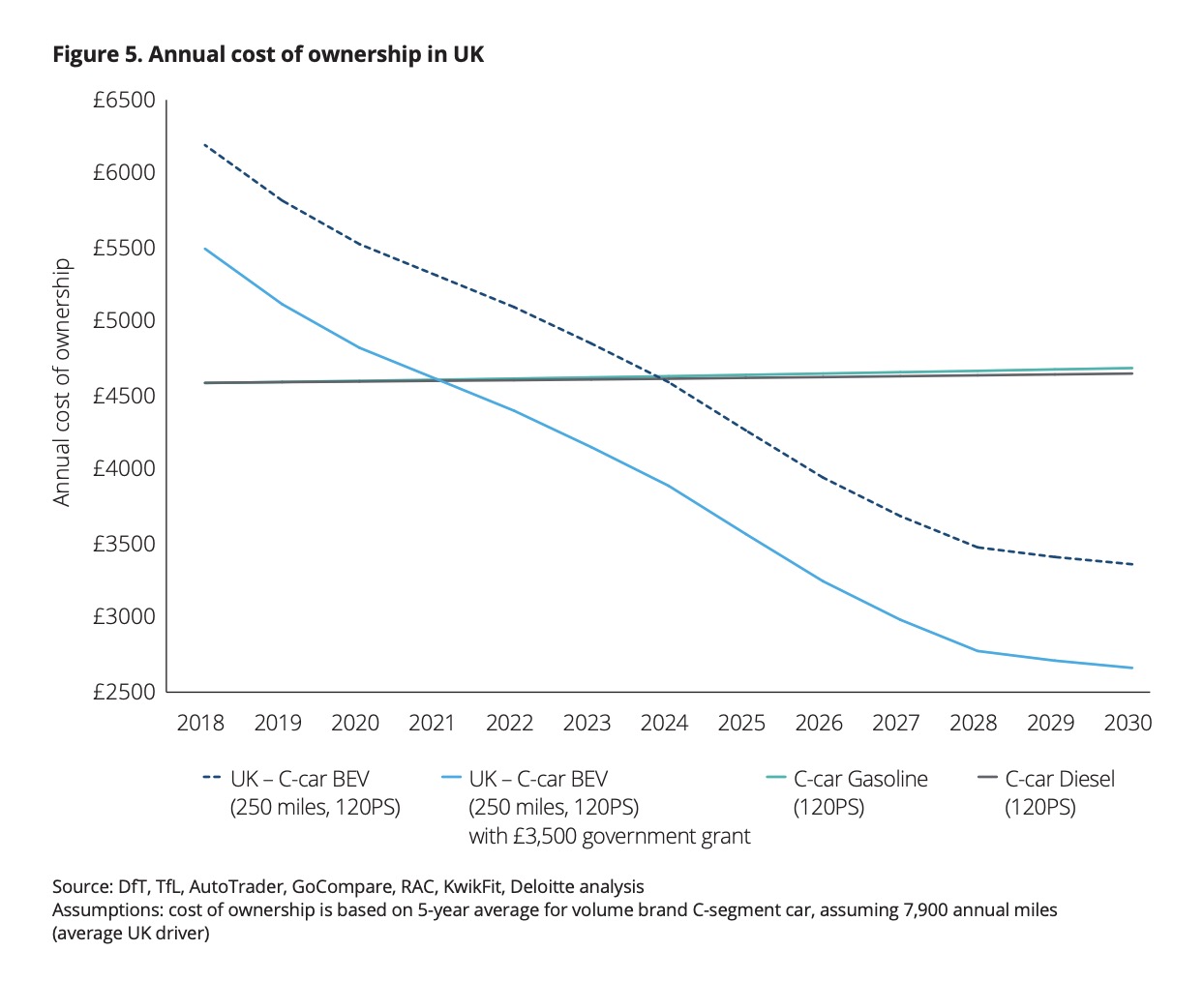 This trend will see BEVs continue to outperform PHEVs, and Deloitte expects the sales of internal combustion engine vehicles to level off in the early part of the next decade and begin to fall from 2024 going forward.

While Norway is clearly the frontrunner, we’ve also seen other markets report rapidly increasing EV sales rates — more than 8 percent of new car sales in Canada in 2018 were EVs, with the Tesla Model 3 making a big impact in the country.

Carmakers continue to make new commitments toward EVs — just last week, Toyota and Panasonic confirmed a new battery partnership. GM is also now considering adding all-electric vehicles to their GMC SUV and pickup truck lineup — certainly not a commitment, but the consideration is a sign of the times, and an indication of why some believe such an EV tipping point may be on the horizon.