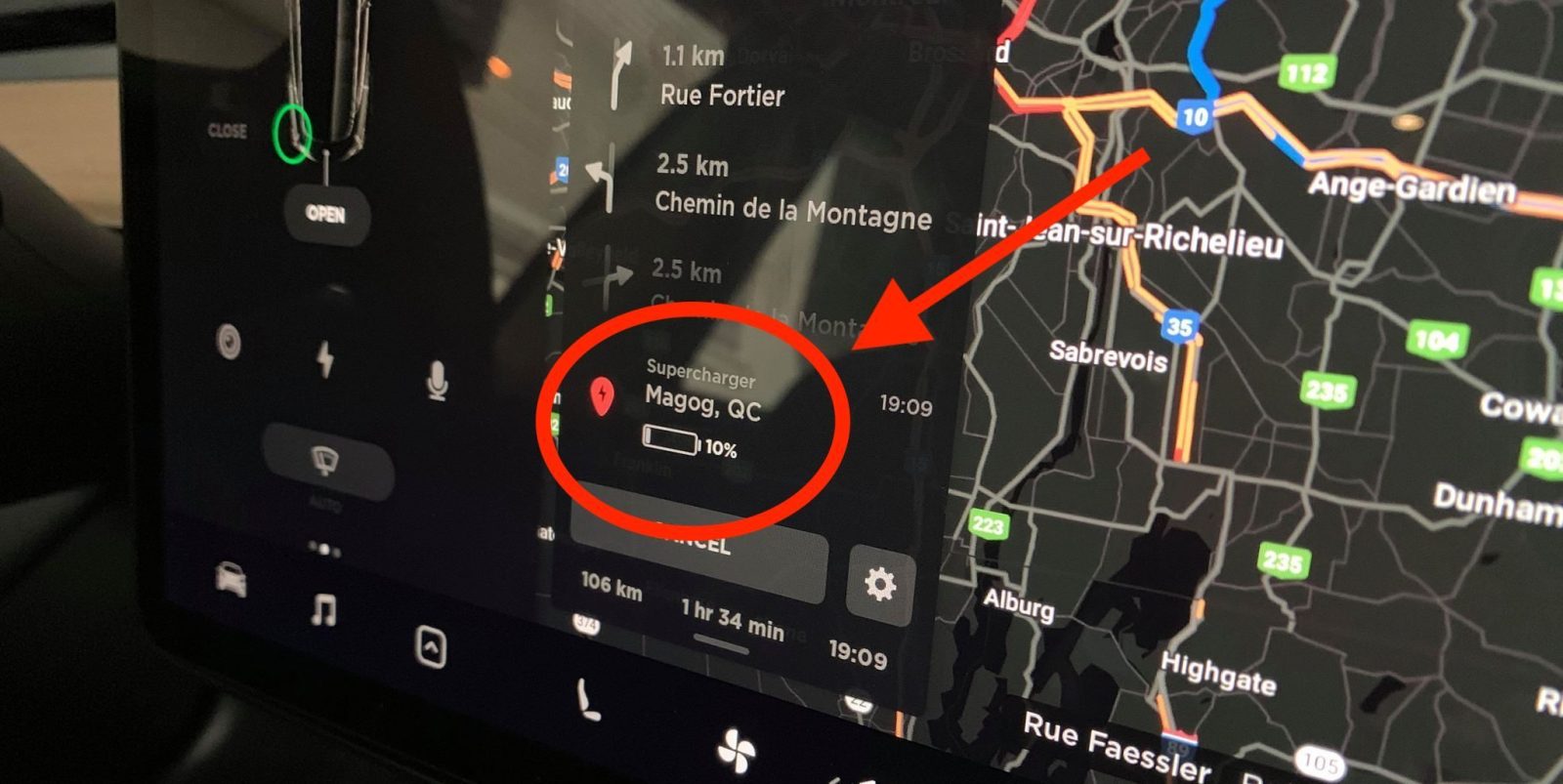 Tesla has done a lot to eliminate range anxiety already, but it is now going a step further by making range prediction more accurate by accounting for elevation and temperature data in the calculations.

“The calculation is an estimate based on driving style (predicted speed, etc.) and environmental factors (elevation changes, weather, etc.).”

That’s the calculation that is going to predict your Tesla’s state of charge at a destination and suggest charging stops if needed.

We asked Tesla about the change and the company says that they have always used ambient temperature around the car as part of the range prediction, but they are now also predicting the temperature changes around a planned route based on the elevation.

Therefore, “weather” data is probably not the right way to put it and Tesla said they are going to change it to “temperature”.

Nonetheless, they have made some improvements to the way they predict range and they think that it will be especially more accurate in cold climates.

Model S owner Keith Trice first flagged the change to Electrek and tried to test it out based on a route he is familiar with.

He is from Chicago and often visits family in his home state of Michigan. To go there, he first stops at the St. Joseph, Michigan Supercharger.

Keith remembers that in similar weather, the Model S trip planner would predict roughly 50% state-of-charge when arriving at the charging station.

Earlier this week, he tested the route again during a cold day and says that Tesla is predicting the use of 63% of the battery capacity (37% state of charge from a full charge) when entering the same destination in the trip planner – meaning that the system is now able to predict a higher energy usage in the colder weather between Chicago and Michigan.

I think Tesla already has a significant lead on that front but I also think that they could go even deeper by using live weather data or even energy consumption data from other cars that have done similar routes recently.

It looks like they are going in that direction.

In my opinion, energy usage prediction is something that all electric automakers should put more efforts on.

After a strong charging infrastructure, I think it’s the most important thing to eliminate range anxiety.

It’s one thing to have a lot of potential range in an EV, it’s another thing for the actual range to be accurately predicted and communicated to the driver.

If the latter is achieved successfully, then range anxiety should be a thing of the past.

Unfortunately, it’s not exactly the case just yet. EV drivers often have to get their own experience with their car based on how they drive and the local climate and driving conditions.

From there, they can often figure out a more accurate average energy consumption than the car’s own system can predict.

That’s unfortunate, but I think range prediction algorithms will improve fast and hopefully, they will soon get even better than the most experienced EV drivers.

I feel like Tesla is working toward that and I hope many other automakers are also making it a priority.