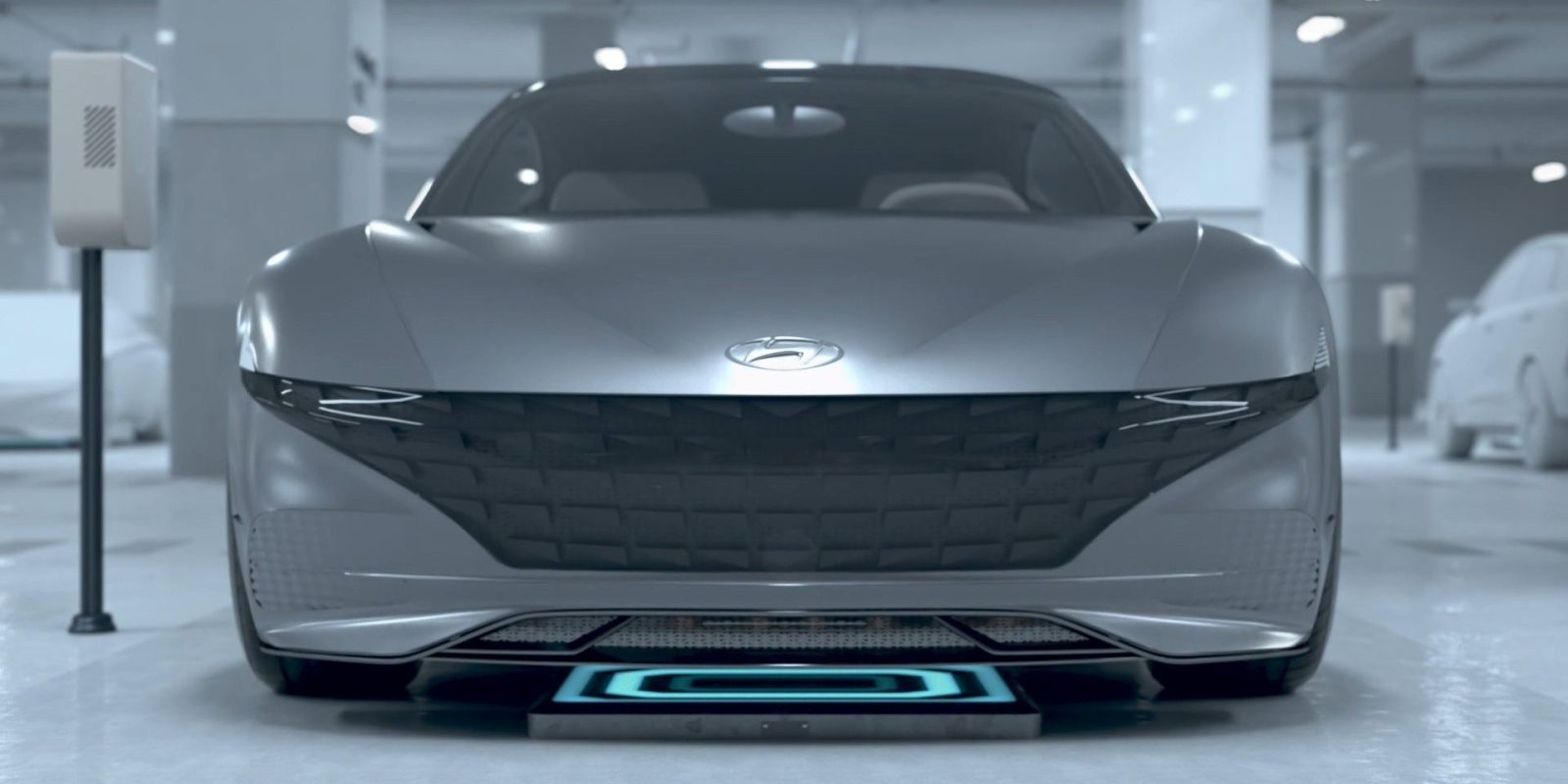 Some automakers believe that there’s a convenience problem with charging electric vehicles and they think wireless charging might be the solution.

In that trend, Hyundai and Kia are unveiling today a new electric vehicle wireless charging system with autonomous parking.

They want to combine a wireless charging system with what they call an “Automated Valet Parking System (AVPS).”

The Hyundai Group explains how the system works in a press release:

“Upon commanding the vehicle to charge using a smartphone, the vehicle will automatically cruise to a vacant wireless charging station. When the vehicle is fully charged, it will relocate to another vacant parking space using the Automated Valet Parking System (AVPS), allowing other vehicles to charge at the spot. When the driver calls for the vehicle, it will then autonomously return to the location of the driver.”

They released a few images to demonstrate the concept:

According to the press release, Hyundai is working on a system to enable continuous communication between electric vehicle, parking facility, charging system and driver.

Hyundai and Kia are “considering on commercializing the technology upon the launch of level 4 autonomous vehicle around year 2025.”

I think wireless charging solves a problem that doesn’t really exist. It’s just not really an inconvenience to plug your electric vehicle.

Certainly not more inconvenient than having to go to a gas station.

You combine that fact with the loss of efficiency that often comes with wireless charging and I don’t see how it makes sense with the exception of autonomous driving.

With autonomous driving vehicles, you don’t necessarily have someone to plug the car and it could make sense to have a wireless charging system like this.

Though other companies, like Tesla with its metal robot snake charging system, are proposing other solutions that could potentially be more efficient.

Tesla also patented a new way to automate high-speed charging with external cooling from underneath the car – much like wireless charging but with an actual connection.