The Schiphol airport, Amsterdam’s international airport, announced today that they completed their one-millionth taxi ride this year and an impressive 70% of those rides were done by their large fleet of Tesla vehicles.

BIOS-groep, a taxi company operating in Amsterdam, was an early adopter of electric vehicles and built the largest fleet of Tesla taxis (167 Model S sedans) back in 2014.

Stef Hesselink, Managing Director of BIOS-groep, said about the use of the vehicles:

They say that “taxis and other commercial vehicles have a very different usage pattern and could drive up to over 100.000 km per year.”

Earlier this year, we have learned that they started updating their fleet with Model X electric SUVs.

The company announced today that the fleet has been responsible for 70% of the 1 million taxi rides from the airport this year:

“Today marked the one-millionth taxi ride to leave the Schiphol taxi stand in 2018. Of these journeys, around 70% were driven in a Tesla: electric and no emissions. As a celebration, we treated the passengers who went on the one-millionth ride, as well as all of the taxi drivers.”

They covered the cost of the ride for two travelers from the United Kingdom who were the one-millionth customers and they were given “a souvenir model Tesla.” 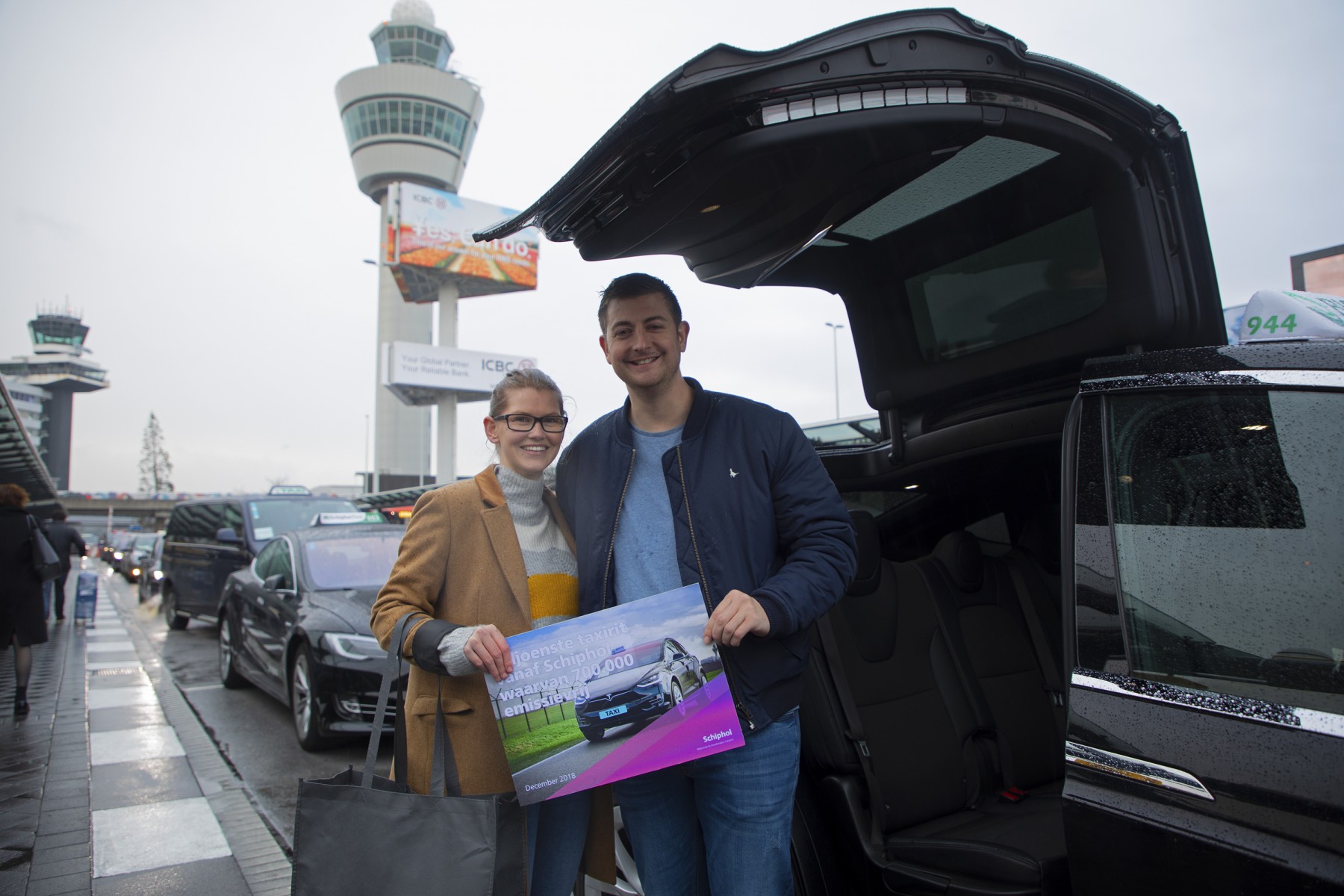