We knew it has been coming for months, but it is now finally here: Tesla is now launching its Model 3 key fob for $150.

Though the device comes with a big drawback. It doesn’t have “passive entry”.

Model 3 owners are meant to use their phones as the main way to unlock their cars.

Tesla also gives key cards, but the user experience is designed around the phone and Tesla’s mobile app.

In my experience, it works very well, but some owners have been requesting a more traditional key fob, which Tesla already uses with Model S and Model X.

It seems to be a problem especially with a few Android phones, but it’s enough of an issue that a majority of Electrek readers said they would prefer a key fob for the Model 3.

We got confirmation that it was coming when Tesla’s FCC application for the device was made public earlier this year.

At the time, we reported that Tesla started rolling out the Model 3 key fob to a lucky few owners in the early access program, but it is now becoming available to all Model 3 owners.

It’s now available on the company’s website for $150. Here are a few images: 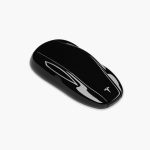 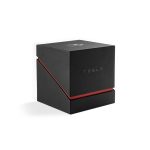 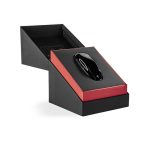 Interestingly, Tesla notes that the Model 3 key fob “does not support passive entry”, which is the ability the unlock your vehicle by simply walking up to it with the key on you.

Well, I’m not sure what that’s about.

My understanding is that the main complaint of people who don’t like using their phone is that passive entry doesn’t work well all the time.

That’s why they have been asking for a key fob, but now Tesla is not including the passive entry feature with the Model 3 key fob.

Now I really don’t see why anyone would buy this unless they are having some very severe issues with the phone entry.

Passive entry comes with some safety risks when it comes theft, but Tesla made several updates lately to address the situation. I don’t think it would prevent Tesla from releasing it with the Model 3 key fob.