Tesla has long claimed that the use of its Autopilot and its active safety features resulted in fewer crashes and ultimately, should reduce insurance rates.

But they also found that the introduction of the features is linked to an increase in other kinds of claims.

The IIHS studied the claims made on all Model S vehicles between 2012–14, which is before Tesla introduced Autopilot and all the active safety features it enables like forward collision warning, automatic emergency braking and blind spot warning, and compared them to the claims on 2014–16 Model S vehicles.

Therefore, it would cover only the first generation of Autopilot since Tesla introduced Autopilot 2.0 in 2016.

Furthermore, it’s important to note that Tesla gradually released and improved on the active safety features enabled by Autopilot between 2014 and 2016 and not all the features were available during the whole period.

After analyzing the claims during those times, the group found significant reductions in property damage claims and injury claims:

That said, IIHS didn’t find any “significant effect on the frequency of collision claims.”

But they found increases in MedPay and PIP claims, which IIHS describes:

“MedPay covers injuries to an at-fault driver or passengers in that driver’s vehicle, while PIP coverage is sold in states with no-fault insurance systems. This coverage pays for injuries to occupants of the insured vehicle, no matter who is at fault.”

Here are the changes in each category: 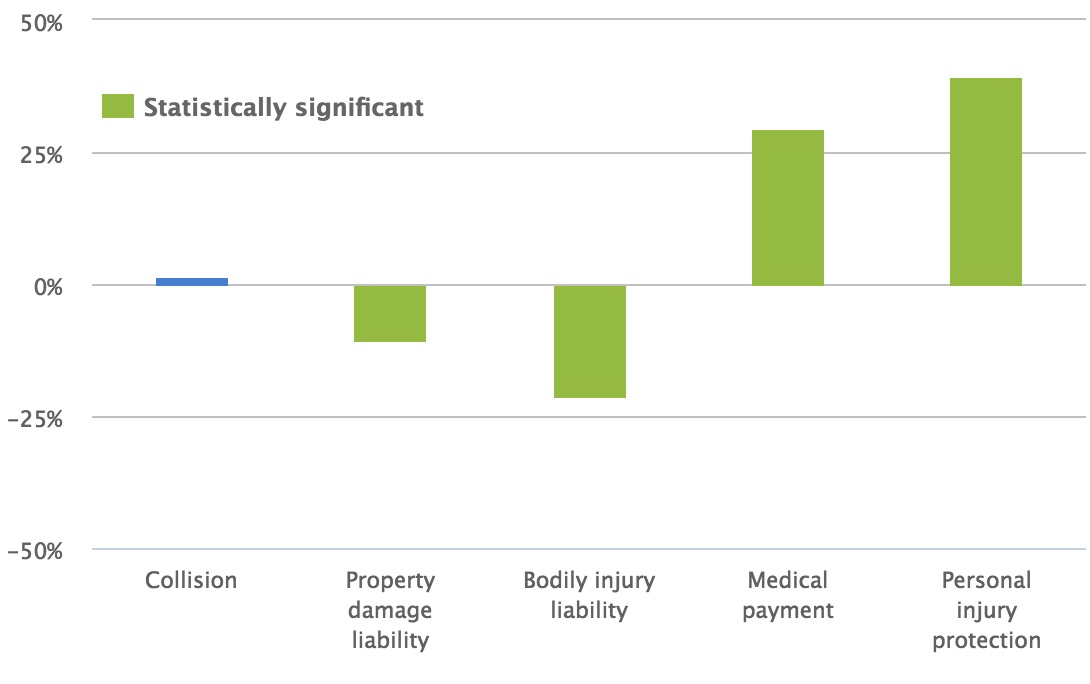 “To get a better picture of how Autopilot is affecting claims, we need more data on how many Teslas are equipped with Autopilot and how often it is used. The reductions in the frequency of third-party physical damage and injury liability claims associated with Tesla’s version 1 hardware are in line with the benefits HLDI has documented for comparable systems from other manufacturers.”

Tesla promoted the fact its crash rate was reduced by 40% after the introduction of Autopilot, according to a report from NHTSA based on data that the automaker supplied.

Earlier this year, CEO Elon Musk claimed that Tesla would start releasing a quarterly Autopilot safety report, but we have yet to see the first report over a quarter later.

The information would be important for general awareness about the Autopilot and its safety features, but it would also be good for Tesla owners’ insurance rates.

Musk has claimed before that Autopilot should result in lower insurance rates, but it hasn’t been the case so far.

Tesla started building up its in-house insurance effort as the Model S topped the list of most expensive cars to insure.