Tesla is back on a ‘hiring spree’ following massive layoffs

After initiating a restructure of the company that resulted in laying off 9% of its workforce last quarter, Tesla is apparently back on a ‘hiring spree’ as it attempts to deliver a record number of vehicles this quarter and achieve profitability.

For the longest time, Tesla was basically in a seemingly never-ending hiring spree as it grew from just a few thousands of employees to almost 40,000 workers in just 5 years.

But the hiring rate slowed down significantly in May and Tesla removed over a thousand job openings on its website in June when it started its restructuring and announced that it is laying off 9% of its workforce.

At the time, Tesla CEO Elon Musk said that it doesn’t mean there’s a hiring freeze:

“Tesla will still continue to hire outstanding talent in critical roles as we move forward and there is still a significant need for additional production personnel.”

After a drop in hiring, Thinknum, who have been tracking Tesla’s open positions on its career website, now reports that a 23.5% increase in new job openings at Tesla last month:

They described the jump as a “return to growth” and a “hiring spree”:

“While 2,053 open positions is still a far cry from the company’s most recent peak of 2,945 open positions on May 19, 2018, the current trend appears to show what was a financially distressed company returning to growth form.” 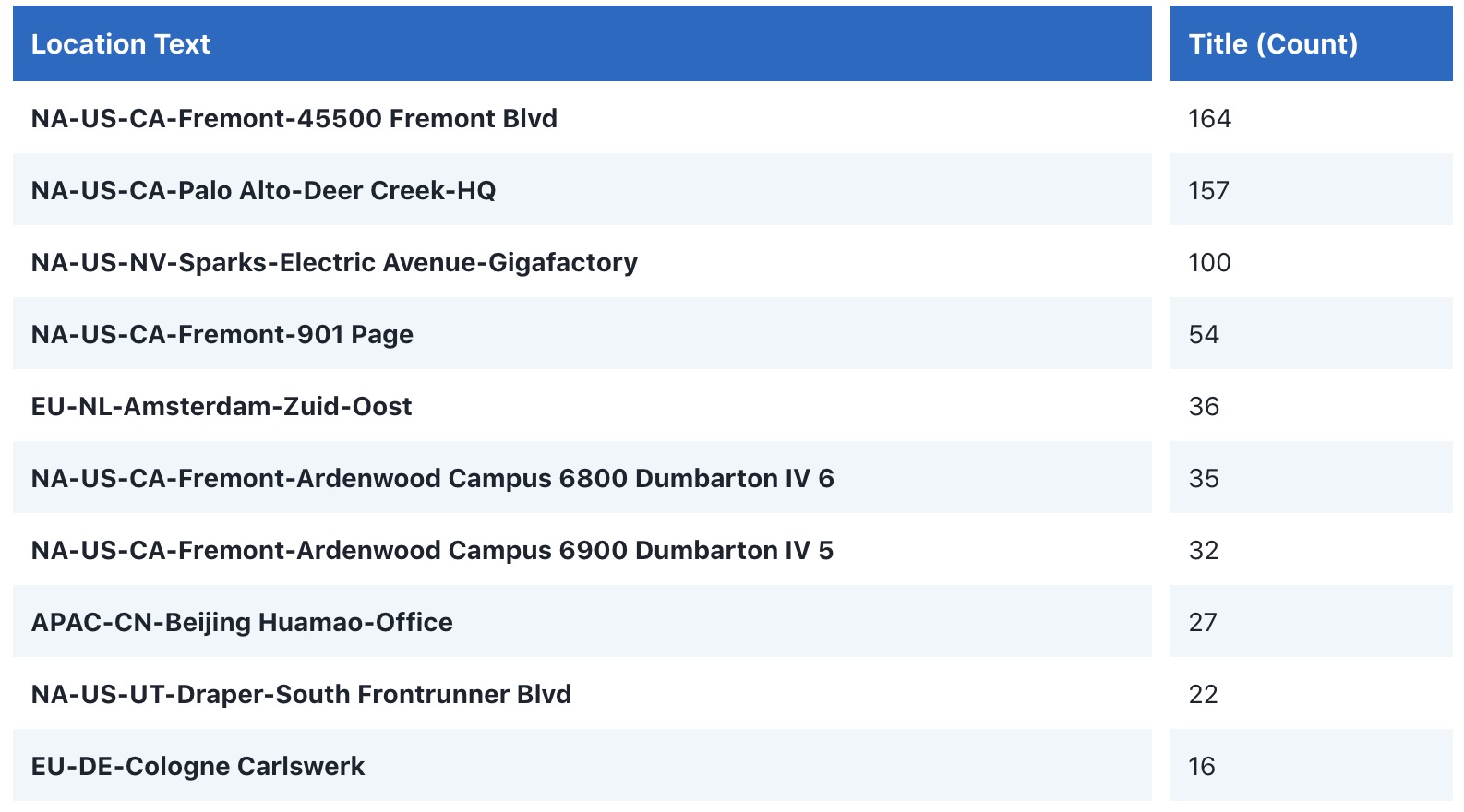 Tesla is also looking for people to fill many positions in delivery as it attempts to deliver “even more Model 3 vehicles than they plan to produce” in the current quarter, which is 50,000 to 55,000 units.

Over the past few weeks, there have been some indications that deliveries and the logistics process to get cars to customers was actually becoming the bottleneck as Tesla increases production.

While the layoffs were definitely a terrible situation for those directly affected, for Tesla, we described the situation as “scaling back and managing its growth.”

Even though 9% of its workforce sounds like a big cut and it represents almost 4,000 employees, it only means going back a few months in its headcount for Tesla because of the insane growth rate.

Considering the company added about 20,000 employees in just a few years, there must have been some inevitable inefficiencies in their hiring.

Now it looks like they are attempting to correct that going forward, but they still have a fairly aggressive hiring strategy. Let’s see how it plays out.