After the end of the quarter but a few days ahead of the official numbers, it would appear that Tesla has achieved its targeted Model 3 production rate of 5,000 units per week as employees have been spotted celebrating the important milestone.

Tesla first planned on achieving the production rate in December 2017, but it was stuck in what the company called “production hell” in the early months of the start of Model 3 production, which officially started in July 2017.

The goal was pushed to the end of the second quarter which ended yesterday. CEO Elon Musk moved his office to the factory floor. Tents were built.

All eyes were on Tesla as the industry and reservation holders try to see if they could deliver this time around since the production rate has been associated with the automaker achieving profitability during the second half of the year.

For reservation holders, it also means that Tesla will be able to work more rapidly through its backlog of orders and bring new options into production.

The production and delivery numbers for the quarter are expected to be released in the coming days, but Tesla employees have been spotted celebrating what appears to be the achievement of the milestone on social media.

Most interestingly, an employee posted an image of employees signing a poster with the mention ‘Model 3 5K Club’:

Edit: The Tweet has now been deleted but here’s the full image and some previous Tesla factory Tweets: 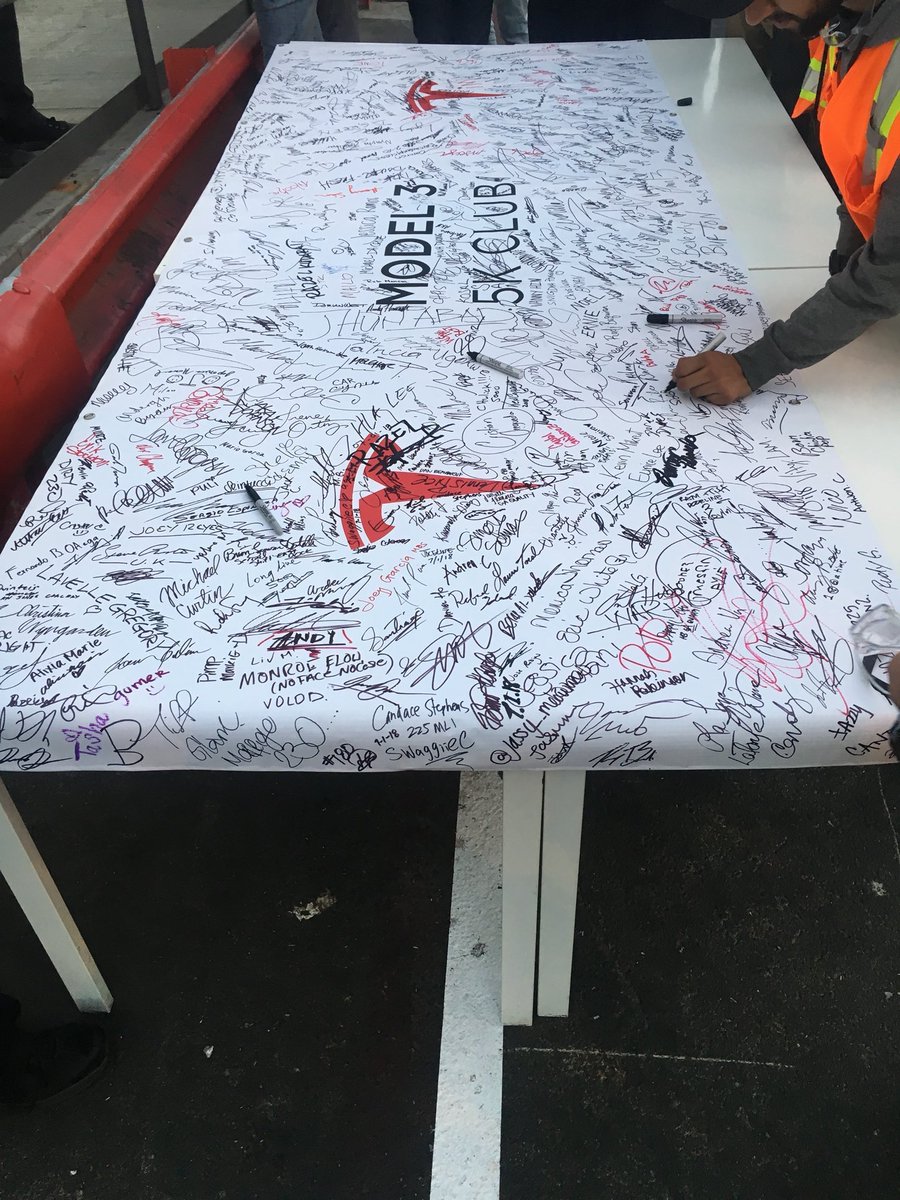 Again, the official numbers are not expected until the next few days, but it looks like it is very likely that it was achieved on the last day of production.

As we previously reported, Tesla has historically achieved a higher production rate in the last few days of a quarter and extrapolated the production rate to a full week in order to showcase a higher number.

The automaker has not always been able to maintain the production rate following that end of the quarter burst.

While I wouldn’t take this as a full confirmation, I think it’s pretty solid. Though I think the details about how they came to that number are important and whether or not they can maintain it from now on is even more important.

That said, it’s an important milestone either way since the Model 3 is already the biggest EV program by a wide margin and it looks like it’s still growing steadily.

Congratulations are in order for everyone involved. You are bringing the whole world closer to the electric future.

We will report back when we have more solid details.

Update: CEO Elon Musk has now confirmed the news to an email to employees.