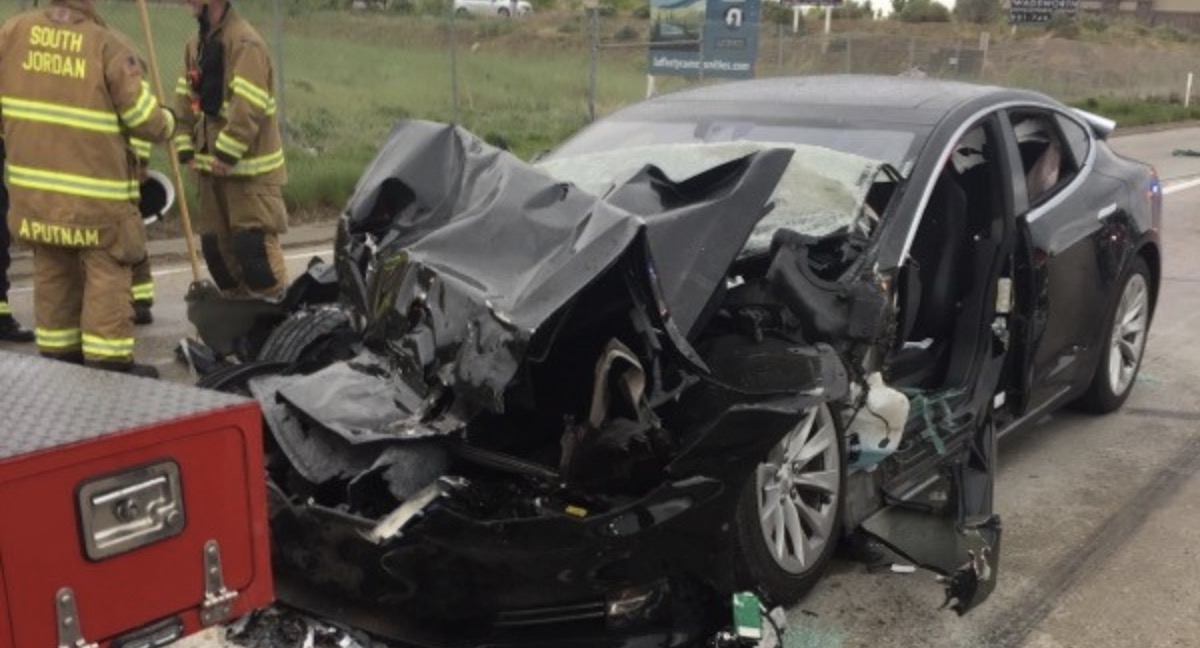 A Tesla driver who recently crashed into a truck while on Autopilot got a citation from the police after Tesla released data logs and the driver admitted that she was looking at her phone during the accident.

Now the NHTSA is also announcing that it will investigate the accident, but only for data gathering as a “special crash.”

Earlier this week, Tesla CEO Elon Musk criticized the media for how they reported on the crash.

On Friday last week in Utah, a 28-year-old driver crashed her Model S into the back of fire department truck stopped at a red light. She broke her ankle in the crash.

The aftermath of the crash is pictured above.

At the time, she told the police that the vehicle was on Autopilot and later admitted that she was on her phone.

Tesla has now obtained the data logs from the car, which the South Jordan Police Department shared in a report:

A Tesla spokesperson also commented on the accident:

“When using Autopilot, drivers are continuously reminded of their responsibility to keep their hands on the wheel and maintain control of the vehicle at all times. Tesla has always been clear that Autopilot doesn’t make the car impervious to all accidents.”

The South Jordan Police Department confirmed today that the driver received a traffic citation for “failure to keep proper lookout.”

The report also confirmed that the NHTSA sent an investigating team to look into the crash, but it will be conducted by the Special Crash Investigations Team, which gathers data on “special crashes” to help the automotive safety community.

It’s now your almost weekly reminder that you need to stay attentive on Autopilot and that rules of the road still apply.

Furthermore, it’s now the fourth investigation into a crash involving a Tesla vehicle in just 2 months, which might be a record.

In this case though, while I doubt it will be reported like that, the NHTSA is not looking into a potential defect with Autopilot, but it is only gathering data from the crash.

With those types of crashes, people often bring up the fact that there’s a defect because the automatic emergency braking (AEB) system didn’t prevent the crash, but it is not designed to stop crashes in all conditions.

AEB is “designed to automatically engage the brakes to reduce the impact of an unavoidable frontal collision with another vehicle” and therefore, drivers should never rely on it to always save them from a crash. For now, nothing beats being vigilant and in control.

It certainly can be improved and Tesla should use data from this crash and try to improve AEB, but until it gets better, people shouldn’t rely on it.