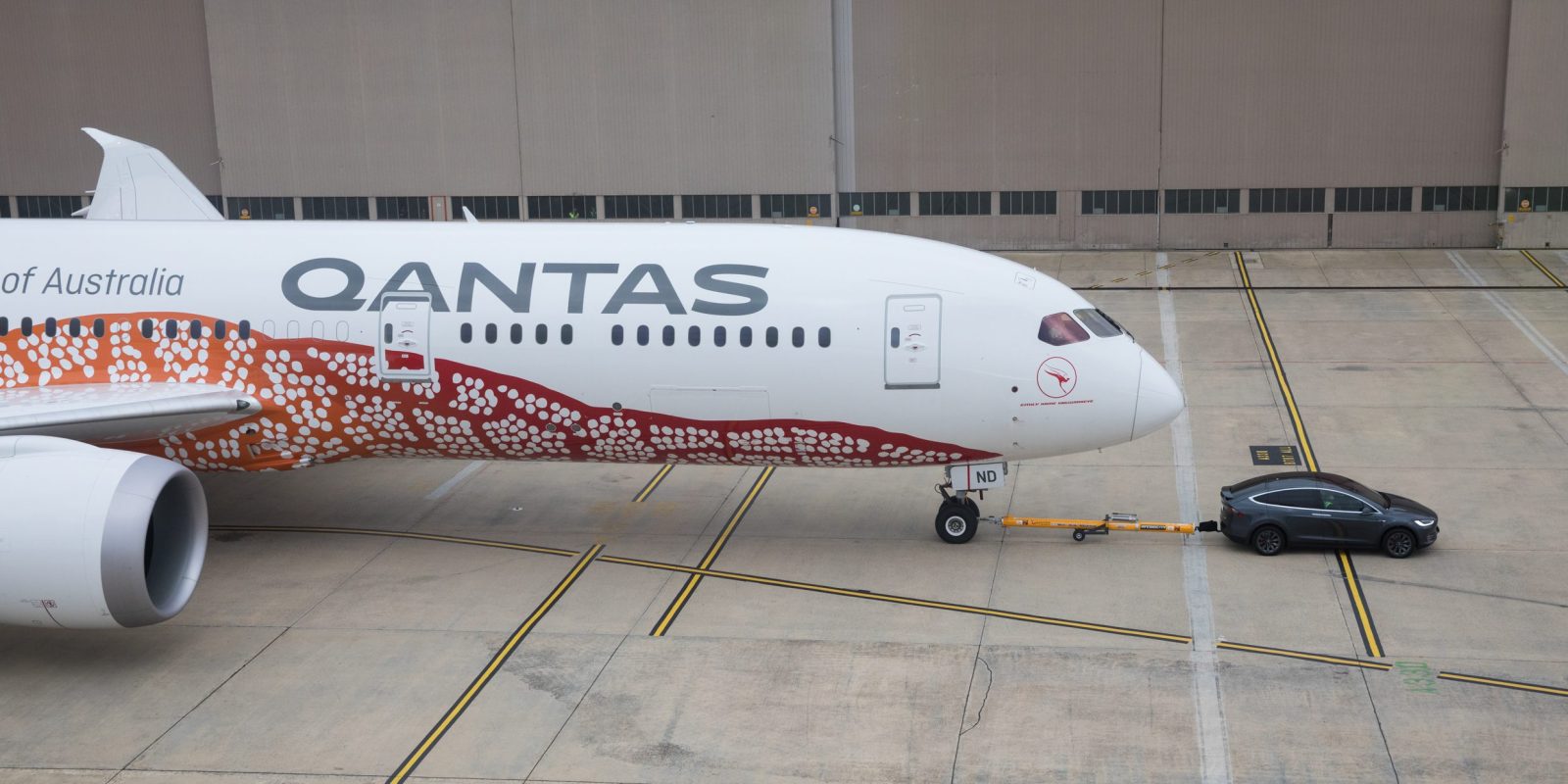 As part of a publicity stunt by Qantas, a Tesla Model X P100D established a new Guinness World Record for the heaviest tow by an electric production passenger vehicle by towing a Boeing 787-9 Dreamliner.

With a mere 5,000-lb rated capacity, the Tesla Model X is already the passenger electric vehicle with the highest towing capacity currently available on the market.

But some owners have been pushing the capacity of the vehicle recently.

Earlier this year, a truck was stuck on a snowy road in Raleigh, North Carolina and a Model X driver showed up and helped the truck by pulling it up the road. It was captured in an impressive video.

Elon Musk’s Boring Company also used a Model X to pull 250,000 lbs of muck rail cars out of their tunnels.

Now Qantas officially tested the capacity of the Model X by towing a Boeing 787-9 Dreamliner at a remote taxiway at Melbourne Airport.

It’s all about torque and traction since the Model X really only need to get the thing moving and then maintain the momentum.

With the Model X’s 9,500 Nm of wheel torque, it’s actually not that surprising albeit still an impressive use of the all-electric vehicle.

Qantas did the stunt to promote their collaboration with Tesla and their rewards for Tesla owners:

Publicity stunt aside, it wouldn’t be the first time that Tesla vehicles are being used at the airport. We have previously seen a Tesla Model X launch a full-size glider into the air and a Tesla Model S as chase car to launch spy planes on a Royal Air Force base.