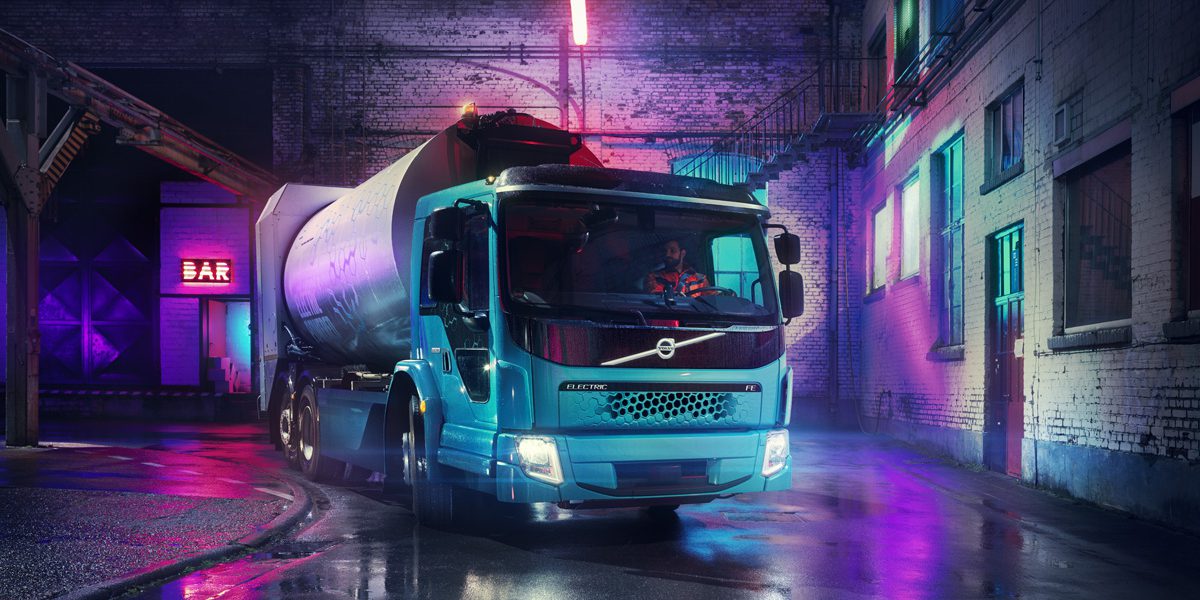 The Swedish group Volvo Trucks announced that it will bring its electric trucks to the road as soon as this year and with the unveiling of a new truck today, they have already added two new electric trucks in their lineup in just a few weeks.

They unveiled “the Volvo FE Electric”, a truck “designed for heavier city distribution and refuse transport operations with gross weights of up to 27 tonnes.”

It follows ‘the Volvo FL Electric’, a 16-tonne truck that can be configured with different battery packs for a capacity between 100 and 300 kWh for a range of up to 300 km (186 miles), which was unveiled last month.

Claes Nilsson, President Volvo Trucks, commented on the unveiling of the new truck:

“With the introduction of the Volvo FE Electric we have a comprehensive range of electrically powered trucks for city operations and are taking yet another strategic step forward in the development of our total offer in electrified transport solutions. This opens the door to new forms of cooperation with cities that target to improve air quality, reduce traffic noise, and cut congestion during peak hours since commercial operations can instead be carried out quietly and without tale-pipe exhaust emissions early in the morning or late at night,”

Volvo Trucks developed the body of the truck with refuse collection bodybuilder, Faun, and they are building the trucks now for deployment “in early 2019 in Germany’s second-largest city, Hamburg.”

“Today, each of our 300 conventional refuse vehicles emits approximately 31.300 kg carbon dioxide every year. An electrically powered refuse truck with battery that stands a full shift of eight to ten hours is a breakthrough in technology. Another benefit is the fact that Stadtreinigung Hamburg generates climate-neutral electricity that can be used to charge the batteries.”

Here are the specs released for the Volvo FE Electric:

It makes a lot of sense to electrify refuse/garbage trucks. Of course, it reduces tailpipe emission, but it also significantly reduces noise pollution. Additionally, they travel at low speeds and do a lot of braking and therefore, a regenerative braking system can be put to good use.

Just like school buses, it does sound like everything is in place to quickly electrify the segment.

Volvo is not alone to jump on the opportunity. BYD unveiled a 3.9-ton battery-powered truck capable of traveling 100 miles on electric range and Wrightspeed, which was founded by Tesla co-founder Ian Wright, has also been electrifying garbage trucks.