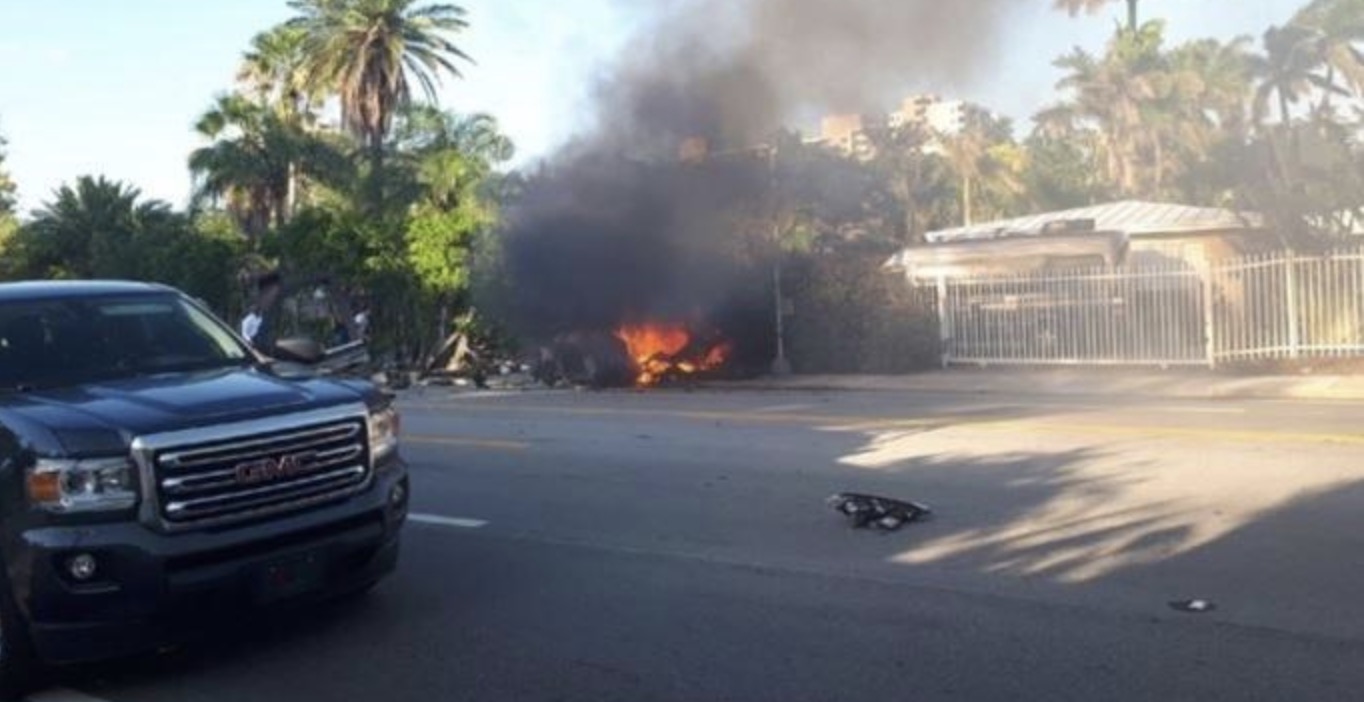 Based on annual statistics, about 500 gas-powered cars caught on fire yesterday and ~100 people died on US roads, but only one car crash is making the national news today: a tragic fatal accident in a Tesla Model S.

Local media in Florida reported today that two Fort Lauderdale teens were killed and a third was injured after the Tesla Model S that they were driving crashed and caught fire yesterday evening.

The circumstances of the crash are under investigation, but the Police said speed may have been a factor in the accident.

They were driving in a residential area when they apparently lost control of the vehicle – veered off road and hit a concrete wall.

Media outlets quickly linked the accident to the recent stories of Tesla crashes while the vehicles were on Autopilot.

A Tesla representative commented in a statement:

“We have not yet been able to learn the vehicle identification number, which has prevented us from determining whether there is any log data. However, had Autopilot been engaged it would have limited the vehicle’s speed to 35 mph or less on this street, which is inconsistent with eyewitness statements and the damage to the vehicle,”

The story was quickly picked up by national media outlets, like Reuters.

This is certainly a tragedy for the family of the victims and the tragedy is now being exploited for clicks.

Like we mentioned, based on annual statistics, about 500 gas-powered cars catch on fire and ~100 people die on US roads every day.

In some occasions, I think it makes sense. If we can learn something from the crash based on how active or passive safety features reacted, it does have some value, but it doesn’t seem to be the case here.

Especially when the accidents are fatal, it makes sense for them to make local news since the local community is losing people, which has relevance, but now national news outlets are picking up the story, which makes people think that there’s disproportionally something wrong with Tesla’s vehicles that is causing this, when it fact the opposite is true of electric vehicles.

We have seen it with the “Tesla fires” of 2013. People who weren’t following the story close enough thought that Tesla vehicles were catching on fire left and right even though statistically, you have way more chance of seeing a gas-powered car catching on fire.

Now you add Autopilot to the mix and national media outlets are basically reporting on any accident involving Tesla vehicles.

People with short interest on Tesla’s stock are even framing the accident as if Tesla’s, or Elon Musk’s, fault personally:

Two 18 year-olds burned to death trapped in one of this guy's cars last night…$TSLAQ pic.twitter.com/zexhTz4ck5

Alright, I know you can’t count on short sellers for making sensible decisions, but this is kind of getting out of control. What is the solution? Let us know in the comment section below if you have any.

My 2 cents: the media does it because it gets clicks. As soon as it doesn’t, they will stop. Like any trend, I think it will start to get old. This problem will likely fix itself with time.