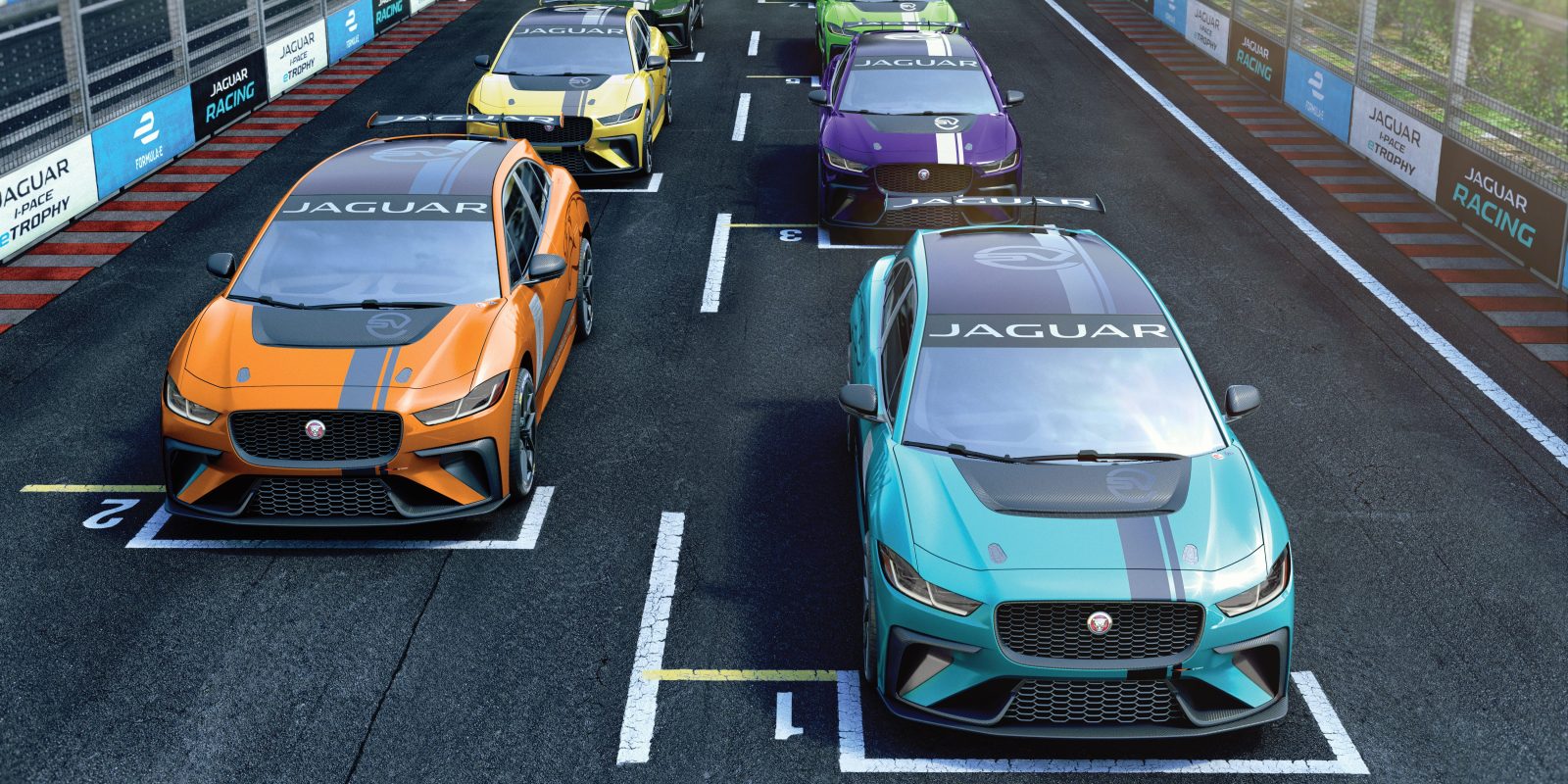 There are currently not one but two separate all-electric racing championships based on production electric cars in the works. We have been talking a lot about the all-Tesla ElectricGT championship, but Jaguar has its own with the I-Pace.

It’s going to make its global debut at Berlin E-Prix on May 19.

It’s designed as an ‘Arrive and Drive’ package offered for up to 20 drivers at each race, including a different VIP Driver at every venue.

For the first season starting, there will be 10 races taking place on the same weekends at the same city circuits as the Formula E races.

The company has now confirmed that the racecar will debut at the Berlin Formula E race next month.

We are excited to reveal the new Jaguar I-PACE eTROPHY racecar in Berlin and demonstrate its dynamic capabilities for the first time. The team at Jaguar Racing and Special Vehicle Operations (SVO) are building the key foundations for the incredibly exciting championship and we are pleased with the progress of our test and development programme, which has included a successful tyre test with our partner Michelin.

Along with Michelin, Jaguar also announced M-Sport as a parnter for the program.

We are really happy with the way the championship is progressing, and we are attracting more interest from teams around the world who want to be involved in this pioneering championship. We would also like to welcome M-Sport, who bring a wealth of experience, expertise and professionalism to the team as technical operations partner for the eTROPHY.

The production version of the I-Pace was unveiled earlier this year, but thee racing versions will feature some modifications including “chassis set-up, powertrain performance, energy management and aerodynamics tuning,” according to Jaguar.

The eTROPHY championship will start with the 2018/19 season 5 of the ABB FIA Formula E Championship. The full race calendar will be revealed later this year.