Tesla (TSLA) is set to release its first quarter 2018 financial results on Wednesday, May 2 after market close. As usual, the release of the results will be followed by a conference call and Q&A with Tesla’s management at 2:30pm Pacific Time (5:30pm Eastern Time).

As usual, Tesla’s deliveries drive most of its earning results since vehicle sales represent the automaker’s main revenue stream at the moment.

Tesla already confirmed its first quarter 2018 deliveries: 29,980 vehicles – a new record for the company thanks to the Model 3 production ramp starting to produce decent numbers.

Those numbers are adjusted slightly during the release of the earnings.

Additionally, 4,060 Model S and X vehicles and 2,040 Model 3 vehicles were in transit to customers at the end of the quarter, according to the company.

They predict a slight drop from the $3.288 billion that Tesla brought in during the previous quarter, but it’s a significant increase over the $2.696 billion that they brought over the same period last year (Q1 2017). 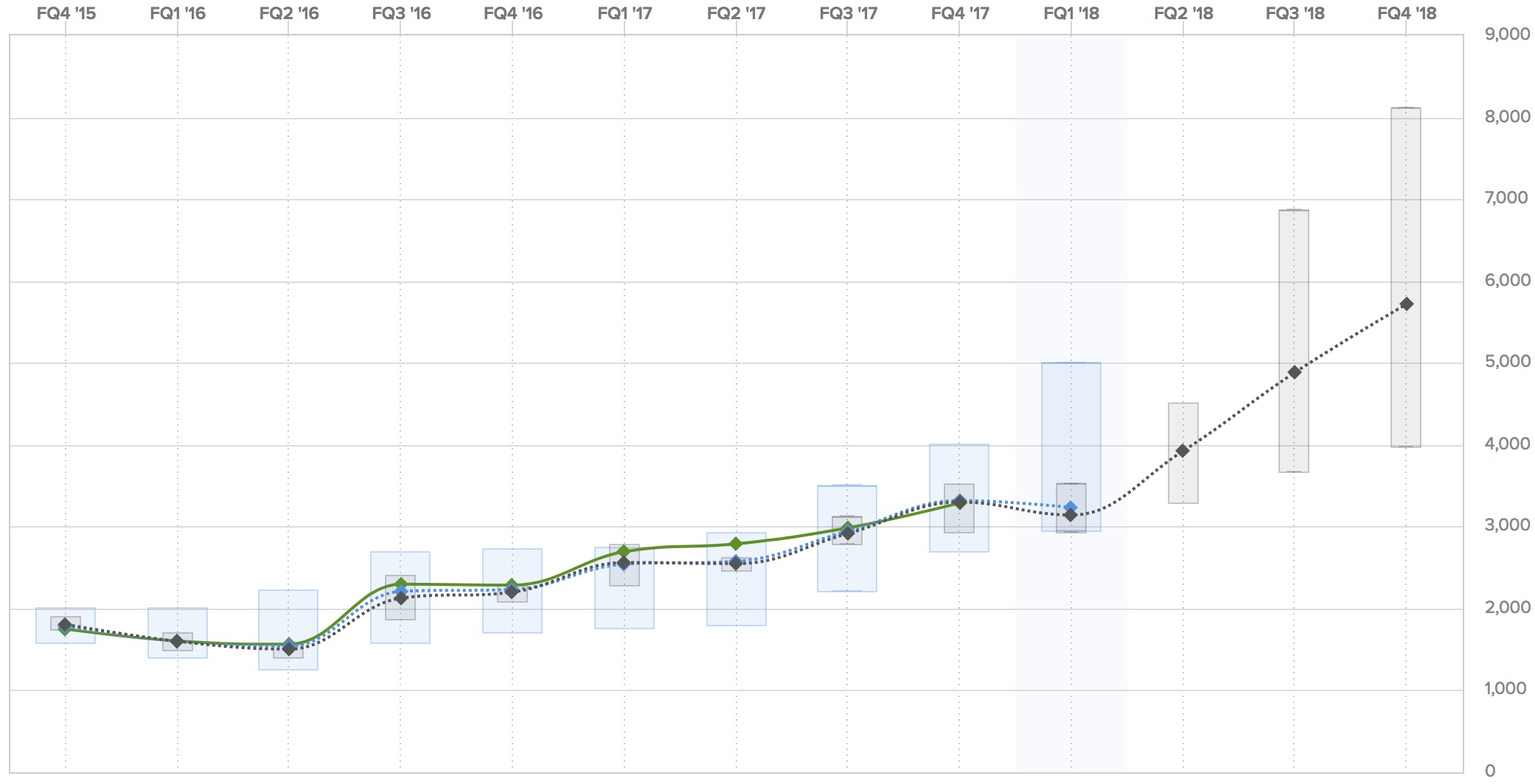 Even though Tesla delivered slightly more vehicles this quarter than ever before – including more than during the last quarter, which was a record quarter for revenue for Tesla, revenue are expected to be down because Model S and Model X deliveries are down and the record deliveries was due to Model 3, which is less expensive.

Tesla’s energy division could still surprise and make a difference, but it remains to be seen.

Like for revenue, the expectations are again close for both the street and retail investors. The Wall Street consensus is a loss of $3.26 per share for the quarter, while Estimize’s prediction is a loss $3.19 per share. 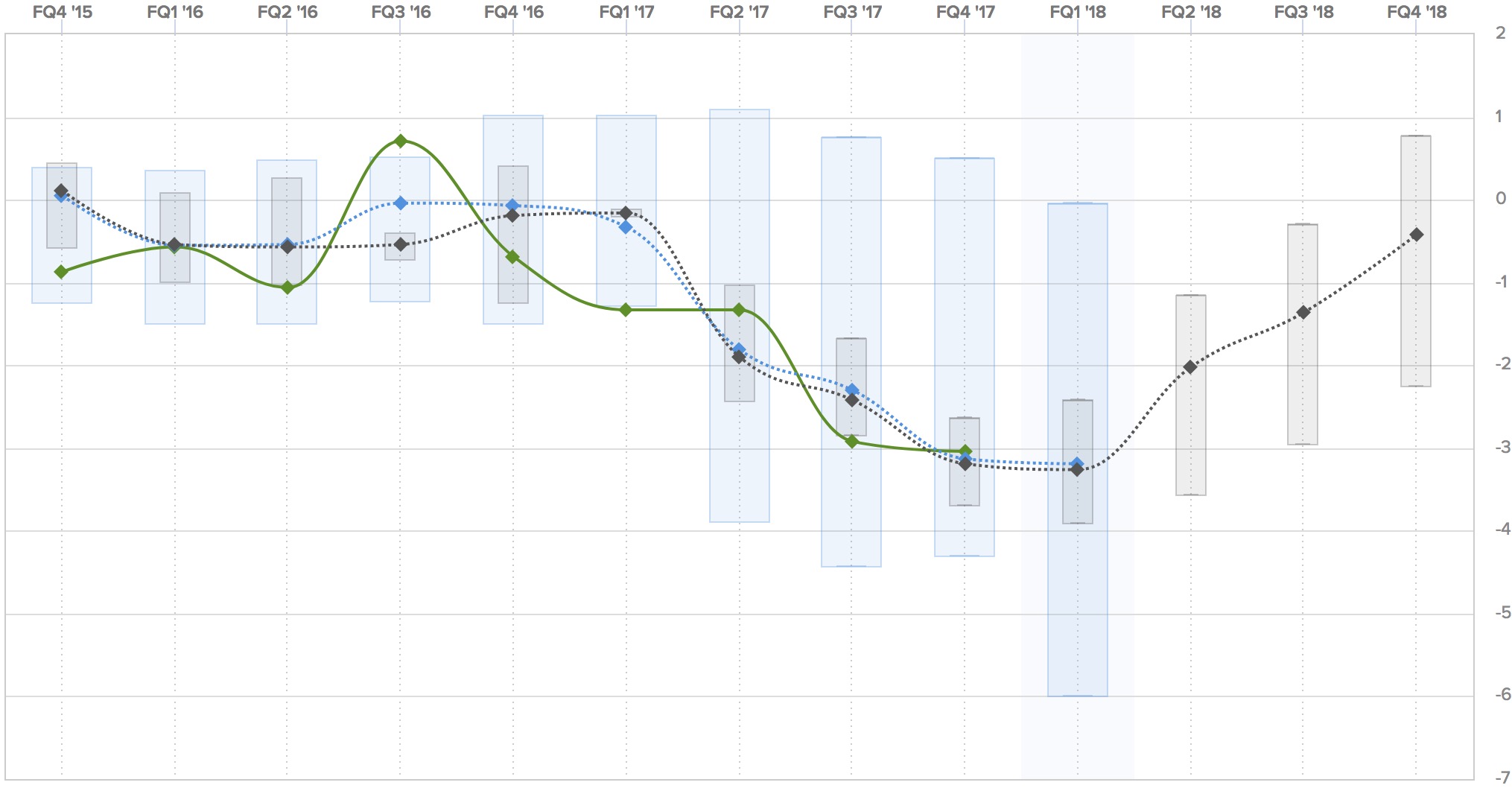 Tesla has invested for the production of 5,000 Model 3s per week and every time it doesn’t reach that, it is going to take a hard hit for the earnings.

The situation improved a lot over the last quarter, but the company is still behind its goal and therefore, the prediction is still of a significant loss for the first quarter 2018.

Obviously, we expect that a fair amount of the conference call and shareholders letter to revolve around Model 3 production and how it has evolved recently.

But we already got a pretty good update from when we obtain an email from Elon Musk to employees two weeks ago.

With this said, investors and Model 3 reservation holders would certainly appreciate another update – especially about the results of the production line update that happened during the production shutdown.

Tesla did upgrades with the goal to end the second quarter at 5,000 Model 3 vehicles per week and that goal will likely be an important part of the earnings and conference call.

It is linked with the Model 3 vehicle program becoming profitable and Musk now says that he expects Tesla to be profitable in Q3 and Q4.

Those expectations are directly linked to Tesla achieving the Model 3 production goals and therefore, investors will be looking at some reassurance that Tesla can achieve the production rate.

A few other interesting points that I expect Tesla will address include, plans for production in China now that the door appears to be open, timing on Model Y since news came out that Tesla was aiming for a start of production in November 2019, and even though the company and Musk directly addressed it a few times recently, I expect analysts will want more details about Tesla’s plan not to raise capital this year.

As for Tesla Energy news, I expect that solar deployment will still be slow, but it should be an interesting quarter on the energy storage front. I wouldn’t be surprised if it ends up being a record quarter.