Tesla Model X crashes through two walls and ends up in a gym, driver claims it accelerated on its own 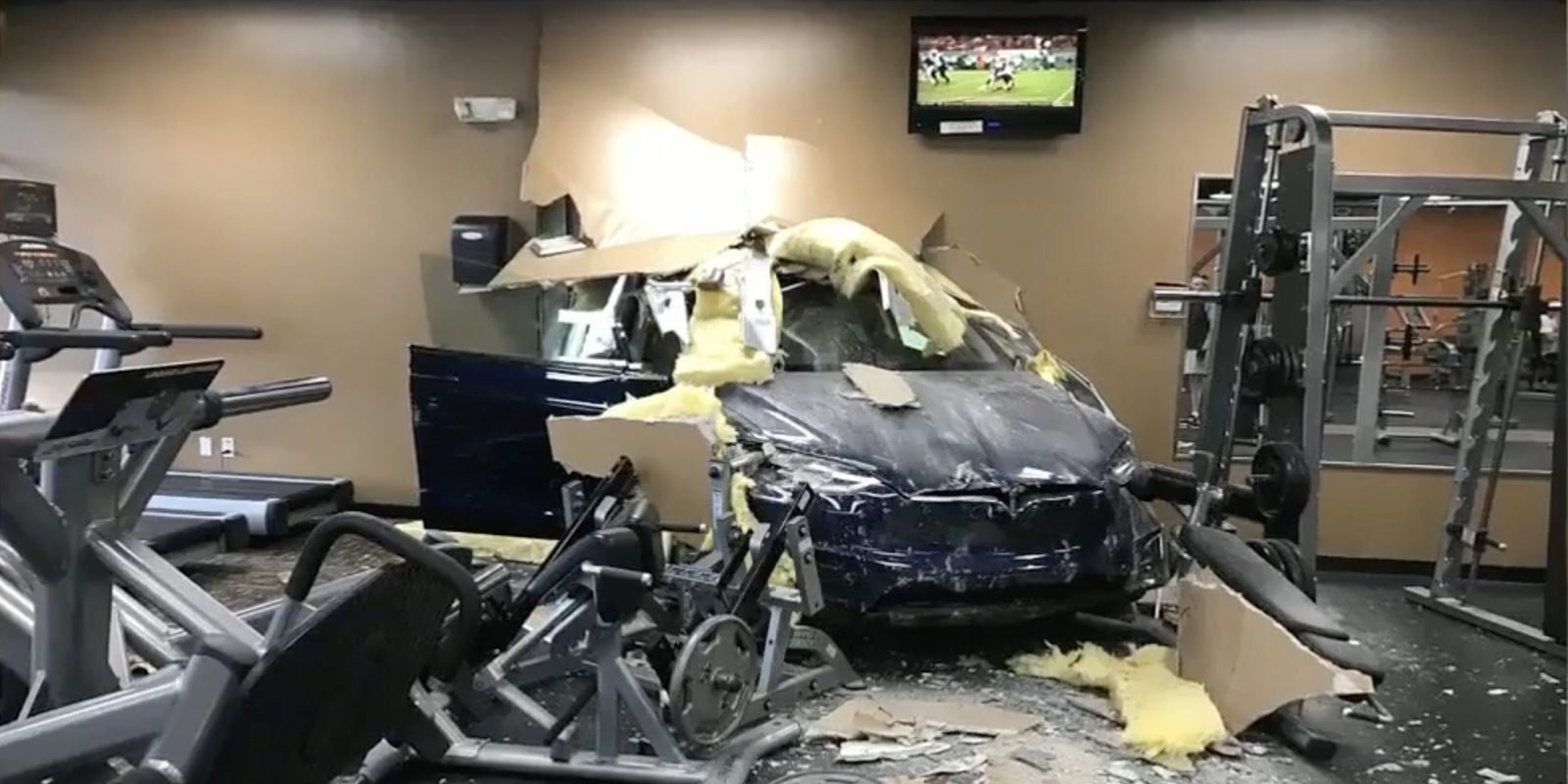 A Tesla Model X crashed through two separate walls to end up inside a gym in Florida last weekend.

Fortunately, no one was injured, but now the driver of the Model X claims that the electric vehicle accelerated on its own.

According to local news station ABC Action News, a Tesla Model X crashed through an empty storefront and then into another wall to end up halfway into the Anytime Fitness gym on North Dale Mabry Highway in Pasco County just before noon on Sunday, April 22.

The SUV narrowly missed a gym member as it crashed into the second wall, but no one, including the driver, was injured in the accident.

Here are a few pictures from the Pasco County Sheriff’s Office that shows the path of the Model X going through the empty storefront’s glass wall and then into the gym’s wall:

According to the crash report from Florida Highway Patrol and the Pasco County Sheriff’s Office who responded to the scene, the driver, an unidentified woman, claims that she was pressing on the brake pedal, but the vehicle accelerated on its own.

The ABC news report linked it to the Autopilot feature and said that the police wasn’t investigating whether or not it was in use:

The driver was pulling into a parking lot so Autopilot’s TACC or Autosteer couldn’t have been on when it happened unless the driver managed to activate it after having pulled into the parking lot, which would make no sense.

Aside from that, we don’t have all the details of the accident so it’s not fair to comment on it, but it’s worth mentioning that it follows several other claims of sudden acceleration in Tesla vehicles.

In 2016, we reported on a series of claims that Tesla vehicles accelerated on their own and it resulted in crashes.

In almost every case, it happened in a parking lot as the driver was supposed to press on the brake to bring the vehicle to a complete stop, but then the vehicle accelerated rapidly and crashed.

Tesla was able to recover the data logs in most cases and it always showed that the accelerator pedal was pressed – including in an accident that we were able to verify with a third-party since the vehicle was purchased in salvage.

It leads us to believe that those cases involved the driver pressing on the wrong pedal.

When all those claims of sudden acceleration were happening at the same time, there was one accident where a Model S crashed into a storefront in Quebec and the driver admitted that it was her mistake. In Quebec, there’s a law called ‘no fault’ that makes it impossible for someone to be sued in civil court for damages or injuries caused by a crash.

Some US states also have similar regulations, which certainly make it easier to admit a mistake.

But Tesla is not out of the woods when it comes to sudden acceleration claims. The company recently had two different lawsuits filed against them, including one by a South Korean celebrity claiming his Model X accelerated on its own into his garage even though logs show a user mistake.