Tesla gets Kanye’s approval after buying a Model S

Rapper Kanye West recently added a Tesla Model S to his impressive stable of luxury vehicles and it apparently quickly became one of his favorite cars.

The magazine Complex started a rumor that Elon Musk, who has previously joked about being inspired by Kanye, had gifted a Tesla Model S to the rapper.

He often boasted about Tesla’s policy not to give any car or even discount to celebrities to promote their products.

According to his cousin Lyndon Rive, Musk even refused to give preferential treatment to family members.

But while the rumor wasn’t true, it’s true that Kanye recently acquired a Tesla Model S P100D and he had it wrap by the Platinum Group: 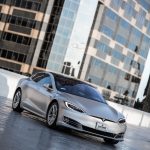 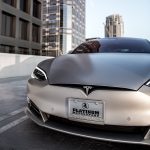 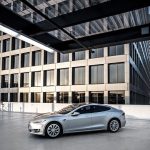 After having the car for a while now, Kanye took to Twitter to review the vehicle while being quite efficient with his words:

I really love my Tesla. I'm in the future. Thank you Elon.

I heard these are really good for the environment 🙏

This is the funnest car I’ve ever driven

Like anything that has to do with Kanye, the tweets went viral and even got the attention of Musk who retweeted some of them.

If anything, it’s flattering for Tesla to be called the “funnest car” that he has ever driven since he has been known to drive cars like the Lamborghini Aventador, the Mercedes-Benz SLR Stirling Moss, and several Bugatti vehicles.