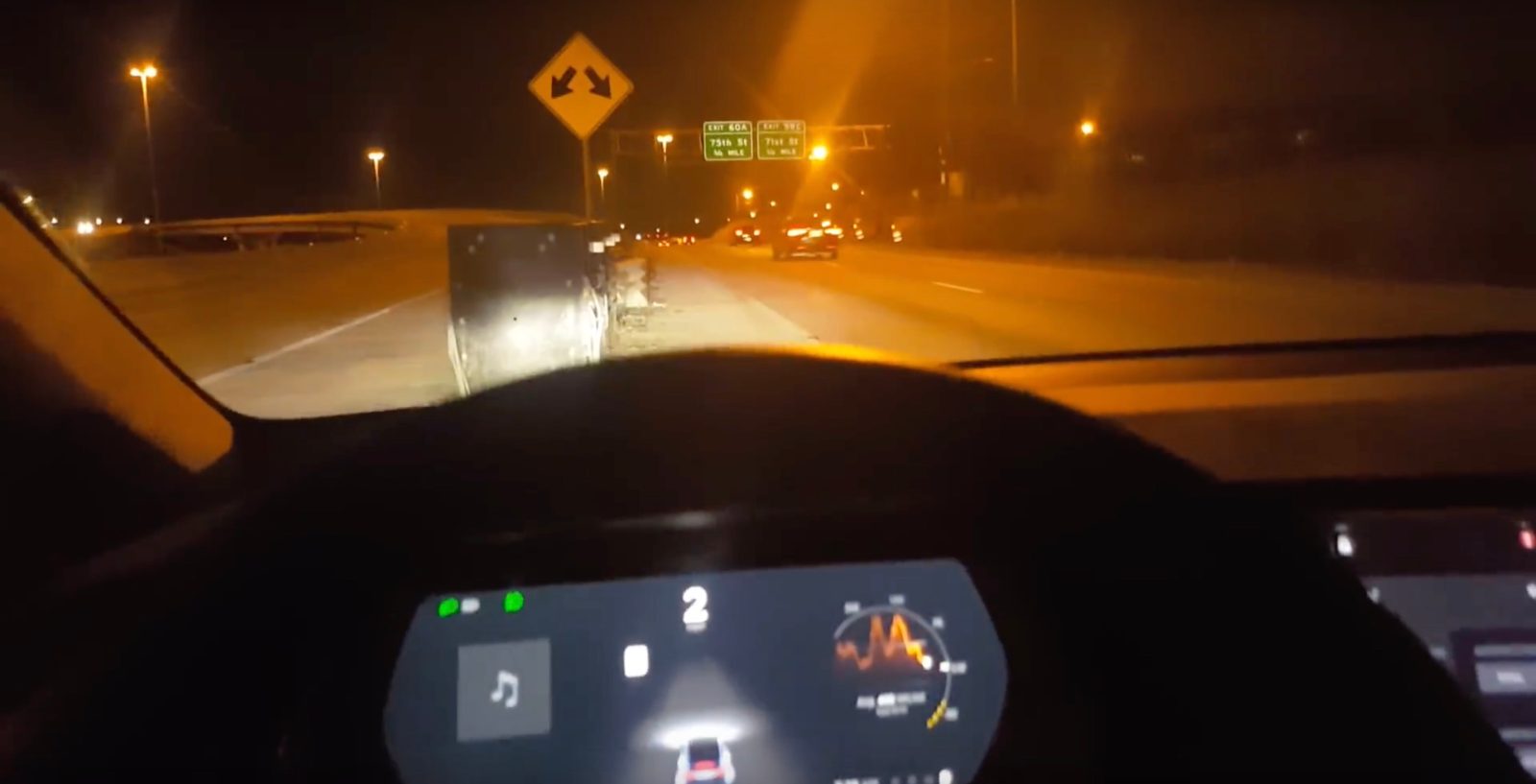 Tesla and the U.S. National Transportation Safety Board (NTSB) are both investigating the fatal accident involving a Model X Autopilot in Mountain View last month, but now another Tesla owner also conducted his own little investigation into the accident by following a similar scenario on Autopilot and almost crashed on video by doing so.

After reviewing the data logs of the vehicle last week, Tesla confirmed that the Model X was on Autopilot and explained the last moments before the impact:

“In the moments before the collision, which occurred at 9:27 a.m. on Friday, March 23rd, Autopilot was engaged with the adaptive cruise control follow-distance set to minimum. The driver had received several visual and one audible hands-on warning earlier in the drive and the driver’s hands were not detected on the wheel for six seconds prior to the collision. The driver had about five seconds and 150 meters of unobstructed view of the concrete divider with the crushed crash attenuator, but the vehicle logs show that no action was taken.”

Now another Tesla owners tried to film his Model S following the same lane change scenario on Autopilot in an almost identical section of road in Chicago and it might show exactly what happened during the accident:

Let’s start with an obvious disclaimer that we don’t recommend people filming themselves driving on Autopilot by holding a camera.

It slows down your ability to take control when needed which can dangerous as seen on the video, but in this case, it interestingly illustrated exactly what might have happened moments before the tragic fatal crash.

We can see the driver ignoring an alert to ‘hold the steering wheel’ sent out a few seconds before the barrier just like Tesla said in its report based on the logs – though that was likely a time-based alert.

Then it seems like Autopilot’s Autosteer stayed locked on the left line even though it became the right line of the ramp. The system most likely got confused because the line was more clearly marked than the actual left line of the lane.

That led the car directly into the barrier and it’s easy to see how a driver who is not paying attention couldn’t have been able to react in time since the driver who recreated it was barely able to apply the brake in time himself.

It’s a tragic event that serves as a reminder that Autopilot is still not perfect and that drivers need to pay attention at all time and be ready to take over.