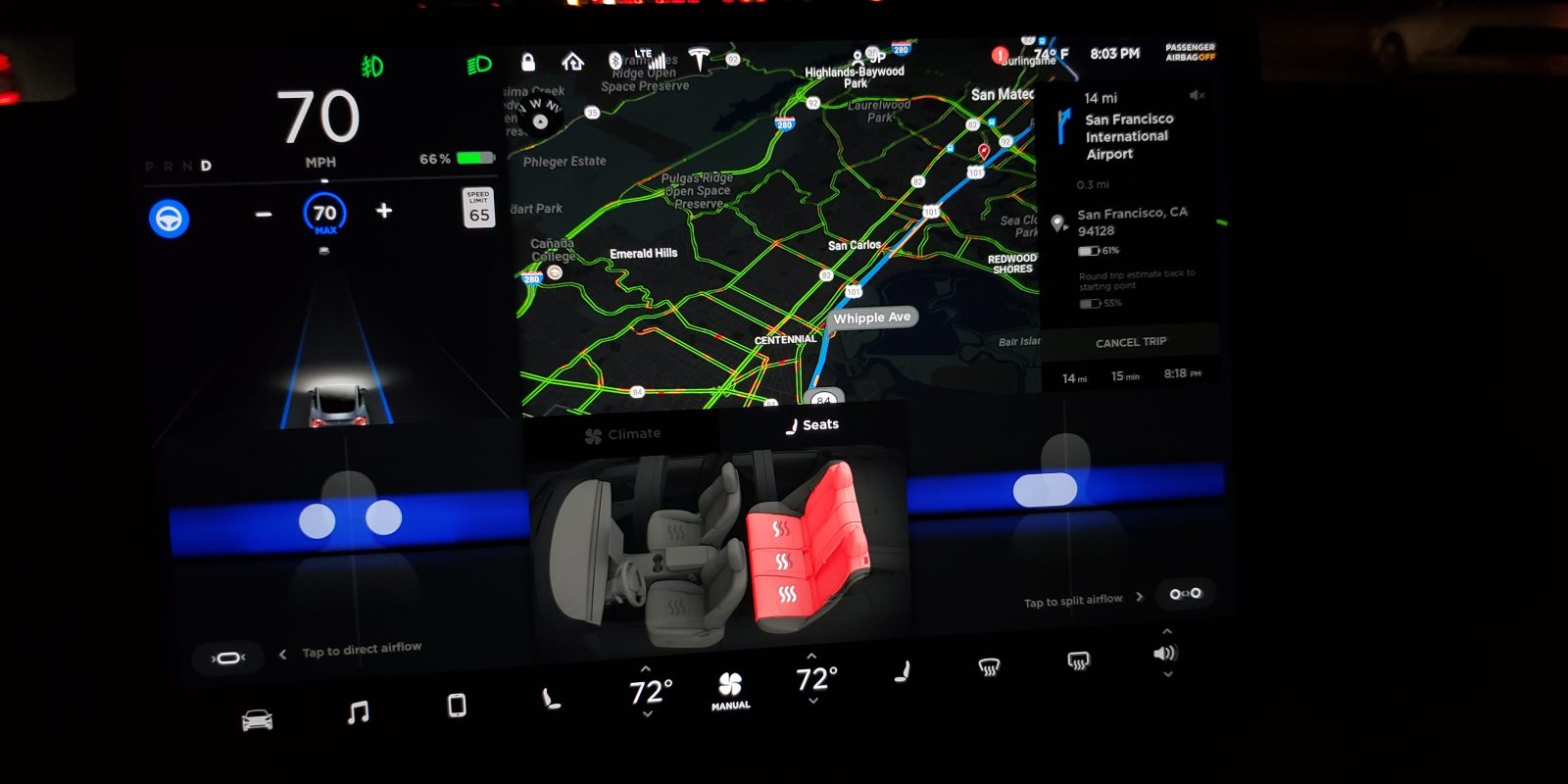 The automaker has been updating it through over-the-air software updates ever since and the latest update brings better controls with the steering wheel scrolling buttons.

Tesla’s software team has been focusing on Model 3 over the past year, which led to some delays for other expected updates, but now the vehicle’s UI interface is starting to come together with the last few updates.

Recent examples include controls of the heated rear seats as pictured above and now Tesla turns to user inputs.

Due to its minimalistic interior, the number of ways that drivers can make inputs is fairly limited.

There are the center touchscreen display and a few buttons on the steering wheel.

One of the main complaints about the limited ways to interact was that drivers needed to press on the touchscreen to adjust the Autopilot’s Traffic-Aware Cruise Control cruising speed and following distance.

Here’s a video example of the differences with the Model 3 Autopilot controls versus Model S and Model X:

With the latest update, Tesla is now making better use of the steering wheel’s scrolling buttons in the Model 3.

Both the cruising speed and following distance can be adjusted with the buttons instead of having to use the touchscreen – though it’s still an option for drivers who prefer it.

Here are the release notes about the new use of the steering wheel scrolls:

For your convenience, we’ve updated the functions of the scroll buttons on the steering wheel. The right scroll button now lets you quickly adjust Traffic-Aware Cruise Control settings. To increase or decrease the set cruising speed, roll the right button up or down. To adjust the follow distance between you and the vehicle ahead, press the right button to the left or right. You can still adjust these settings from the touchscreen and press down on the button to activate voice commands.

The left scroll button now lets you adjust your Model 3 side mirrors and steering wheel. Start by tapping the Controls icon on the bottom left corner of the touchscreen and then tap Quick Controls > Adjustments

To adjust the mirrors, tap Mirrors and select the LEFT or RIGHT mirror icon. Then, scroll the left button up or down, or press it left or right.

To adjust the steering wheel, tap Steering Wheel and scroll the left button up or down, or press it left or right.

As usual, keep in mind that Tesla sends out its updates in batches and it can take a while before every car receives the update.