Tesla has had some troubles and suffered from red tape in Germany over the last year, but the American automaker is finally making some strides in the country as its buyers get back access to EV incentives and can open new Superchargers.

Last year, Tesla buyers lost access to EV subsidies in Germany after being accused of gaming the system.

When Germany introduced its new plan to boost electric vehicle adoption through new incentives, including a €4,000 discount at the purchase, Tesla claimed that they were purposely left out of the program because of a cap on vehicles with a starting price of less than 60,000 € negotiated by the government and the German auto industry.

Tesla wasn’t being a crazy conspiracy theorist by claiming that German automakers had a hand in this since the government did indeed negotiate the structure of the incentive with German automakers because both public money and the automakers are paying for it.

In order to make the Model S eligible to the incentive, Tesla unbundled a bunch of standard features as an option in Model S in order to reduce the base price to 60,000 € negotiated by the government and the German auto industry before tax.

They made this move in November 2016 and year later, German car magazine Auto-Bild published a report claiming to now being able to see through Tesla’s “deception” and going as far as calling it “fraud” and “cheating”. They claimed that buyers weren’t actually able to buy a Model S without those options, something that Tesla denied.

The automaker said that they not only offer the option but that some vehicles were delivered without the features.

The Federal Office of Economics and Export Control (BAFA) has now concluded their investigation this week and allowed back access to the incentive for Model S buyers.

For a while now, Germany had strange and strict charging regulations that forced charging stations defined as “publicly accessible” to all have the European socket standard, which Tesla has adopted in Europe.

But they have updated the requirements last year to add the CCS plug to those “publicly accessible” stations.

Tesla doesn’t use the plug and the ordinance apparently also applied to Tesla’s Superchargers even though the stations are only for Tesla drivers and don’t affect anyone else.

The company didn’t open a new Supercharger in Germany since it has been implemented, but that changed last month when they opened a new station in Beelitz, Germany.

In order to comply, Tesla made it look like it’s not a  “publicly accessible” station by adding a sign that reads “Only accessible to Tesla drivers during the charging process” (via JeanSho on Tesla German forum): 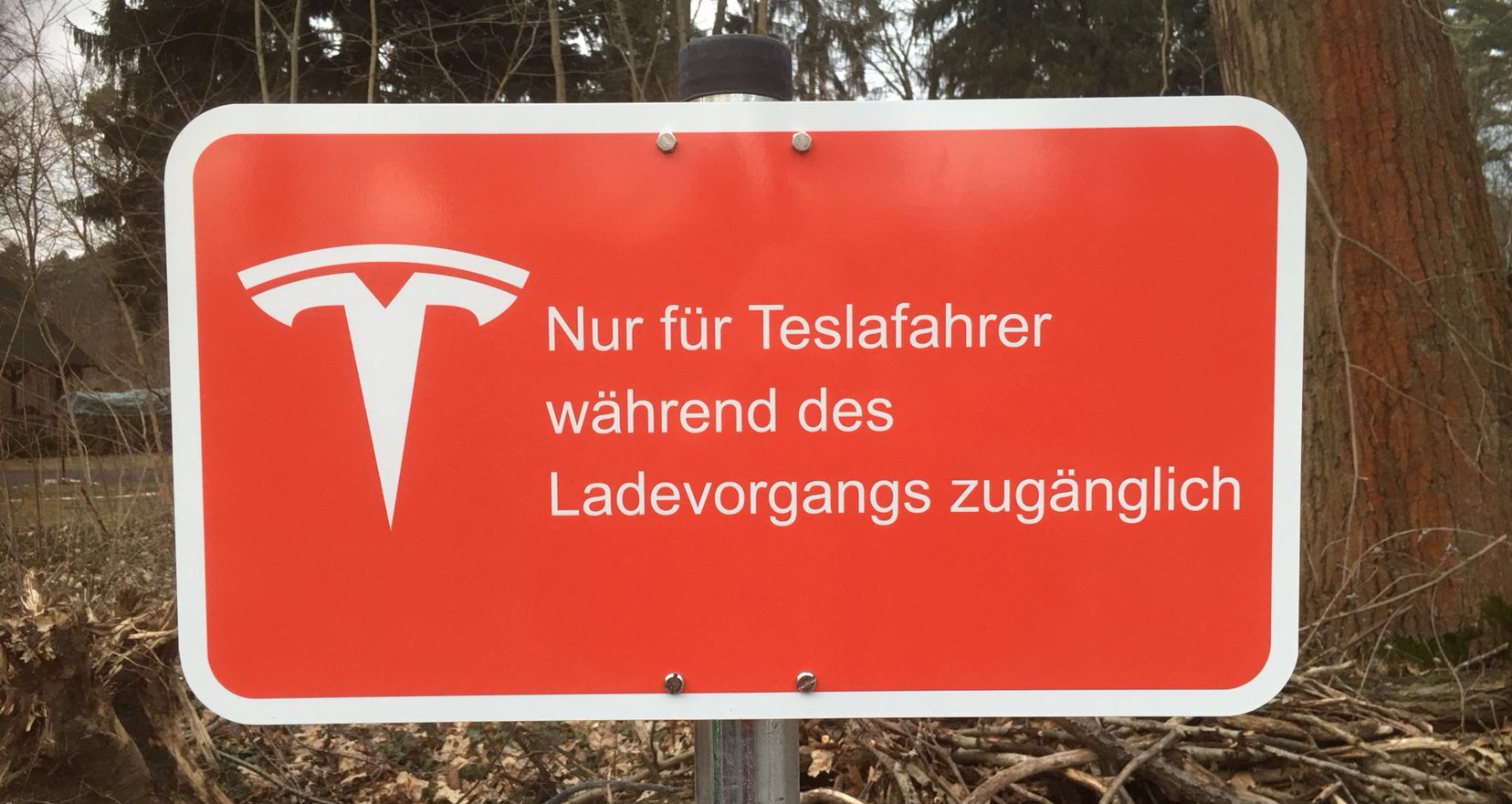 It’s the first of several new stations that Tesla plans to open in German this year.

It’s impressive the number of issues that Tesla keeps having in Germany.

Tesla is often disliked by media organizations in the US, but my German friends say that it’s nothing compared to the situation in Germany and there’s probably no better example than this.

While I get that they went to standardize charging, you won’t help the cause by adding red tape that slows down the deployment of the Supercharger network.

They could have simply required the CCS plug for stations meant for more than one car brand, like the new Ionity network.

Anyway, it looks like now things are back to normal for Tesla in Germany.