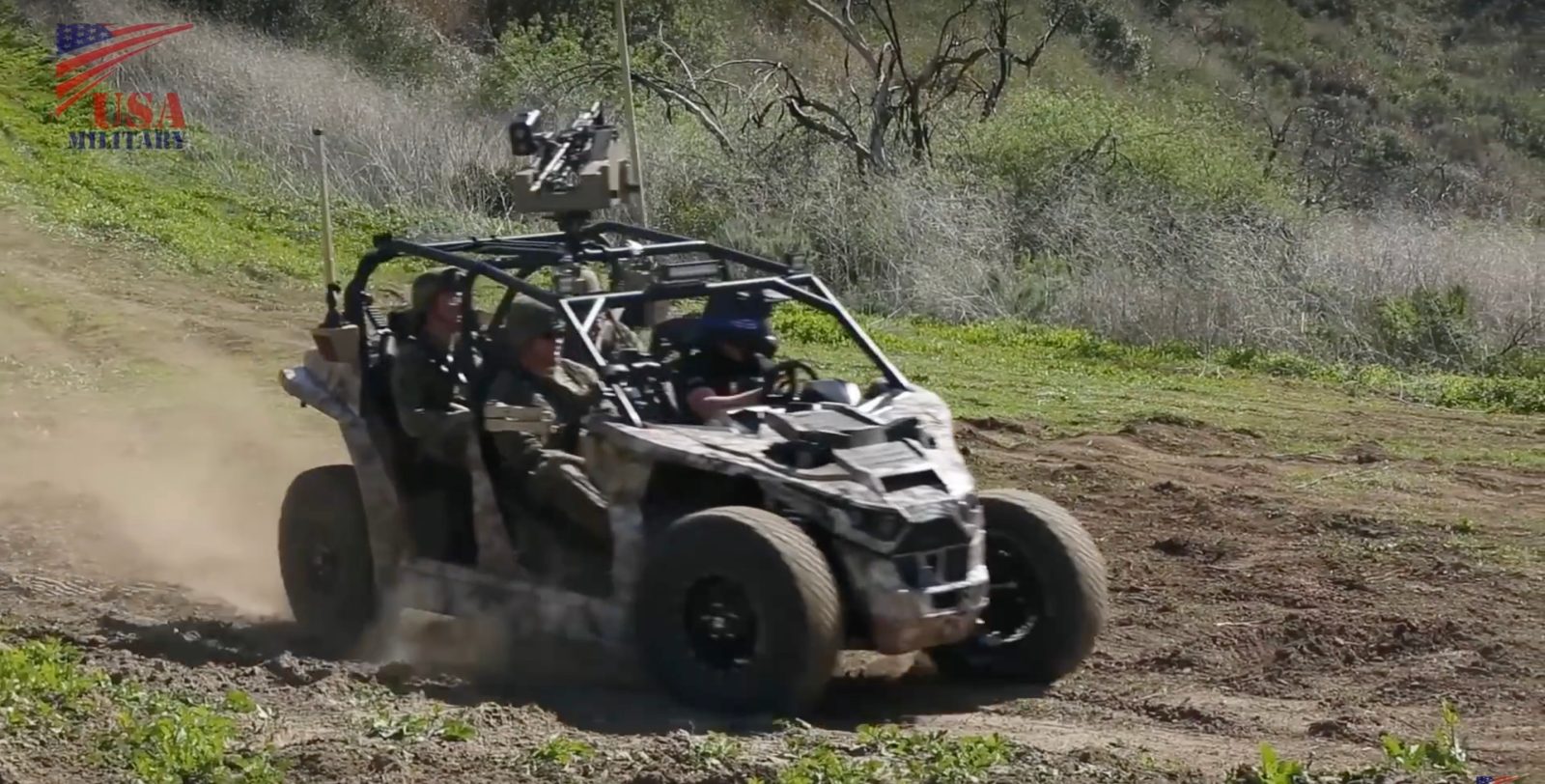 Last year, we were among the first people to experience the prototype of the Nikola NZT, the first off-road all-electric performance UTV, and we were quite impressed by the insane capacity of the vehicle.

Now the U.S. Marines are testing the electric UTV as a military vehicle equipped with guns.

The UTV is especially impressive because they managed to fit a large battery pack with a capacity of up to 125 kWh – more capacity than in any passenger electric car available today.

It is offered in several different versions based on the number of motors and the capacity of the battery: 75kWh, 100kWh and 125kWh, and up to 555 hp and 4,900 ft-lbs of torque with four separate electric motors.

At a military exposition last month, the company unveiled a new version of the vehicle fully equipped and modified for military applications.

The new version is called the ‘Nikola Reckless UTV’ named after Staff Sgt. Reckless, a decorated war horse that completed 51 trips carrying ammunition to the front lines and transporting wounded Marines back during the Korean War.

The vehicle could eventually end up having a similar role in the military, but it would operate with 555 horsepower instead of one and fueled by electricity instead of hay.

Andy Christian, Nikola’s director of defense, commented on the launch (via OC Register):

“It is a workhorse with a never-quit attitude. Its unique massive battery allows you to take energy from it and power anything, even a command center. It has an infra-red beam that can be used with night vision and a remote weapons system machine gun that can be controlled by a joystick anywhere in the vehicle. It’s light enough to go on a MV-22 osprey.”

They are talking about configuring the vehicle for a variety of arsenal including a 7.62mm machine gun, 12.7 mm gun, 40 mm MK19 automatic grenade launcher or Javelin anti-tank guided missiles.

The consumer version of the Nikola NZT is already not cheap with a starting price of $28,900 and going up to over $50,000 for the performance version, but the Reckless UTV military version obviously comes with a premium for its upgrades. It will cost $85,000, according to the company.

Nikola produced a few prototypes and U.S. Marines have been testing them

The Nikola NZT is expected to go into production next year.