Tesla’s car shipments in Norway keep being shut down for using ‘dangerous’ transporters, a truck crashed

Tesla is always very busy in Norway, its biggest market per capita, but it has recently been difficult for the automaker to deliver its vehicles as its shipments keep being taken off the road for using transporters with “dangerous” trucks that do not conform to the rules.

Update: in response to this article, CEO Elon Musk asked his team to slow down the shipments – see full response embedded below.

The California-based automaker generally ships its vehicles to Norway through the port of Drammen, but it is experiencing capacity issues so they are instead going through Gothenburg port and having to use more trucks to move the cars to its stores and service centers.

According to several media reports in Norway, over half a dozen of those trucks have been stopped by the authorities for a variety of safety reasons during inspections and one of the trucks that wasn’t stopped ended up in an accident.

Two Model S vehicles were crushed on the trailer involved in the accident: 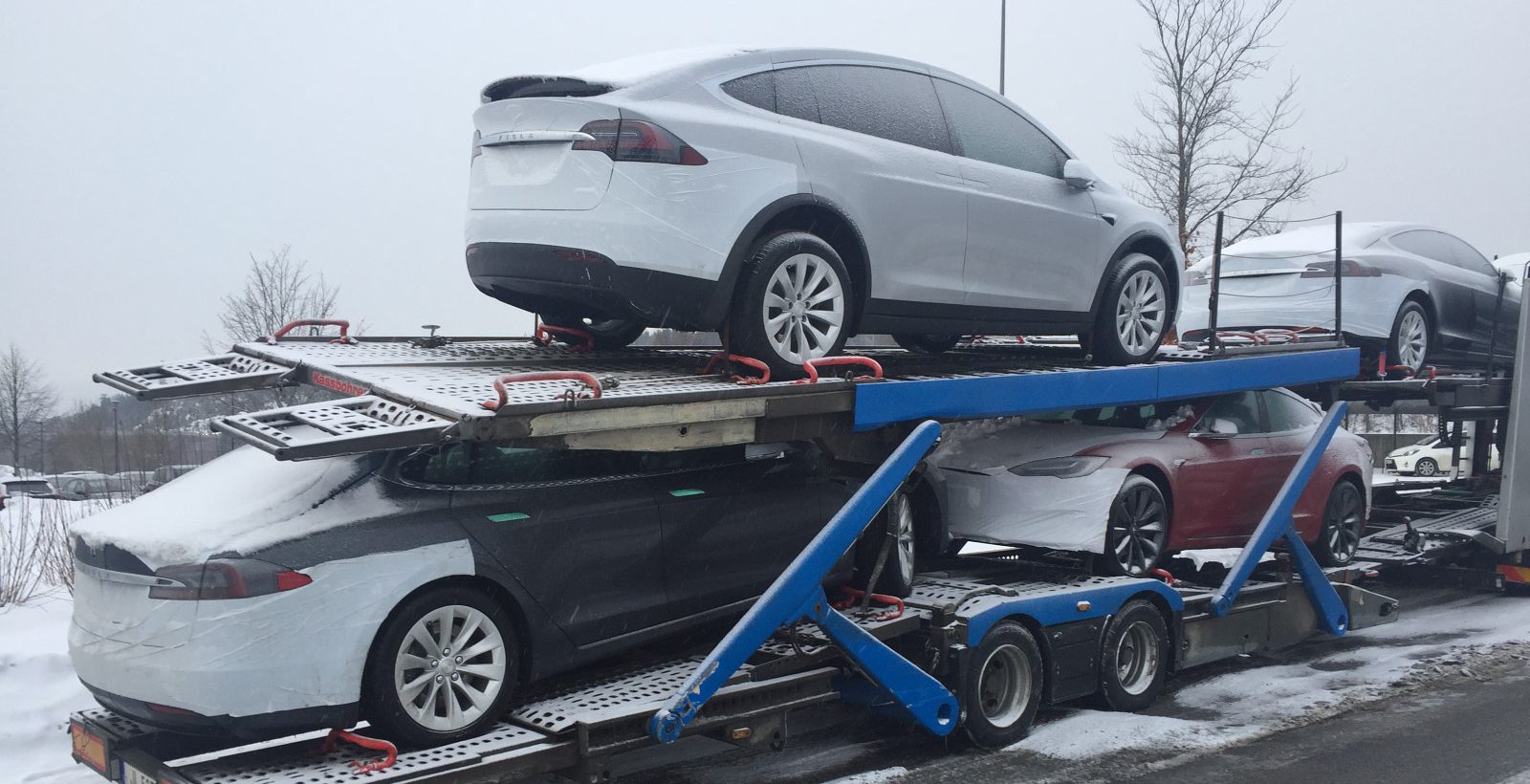 Tesla says that it is having difficulties finding competent transporters that comply to Norway’s road requirements.

On top of the safety issues, Tesla is also using transporters operating Euro 3 class trucks, which are more polluting.

A Tesla spokesperson in Norway told local media that they are trying to find alternatives:

“We are working to clean up. The bad cargoes will be removed as soon as we find alternatives. We have asked the Norwegian Trucking Federation to help find other suppliers that have the capacity for our volume, “

The transport issue is especially important this week as the company is in the middle of its end-of-the-quarter delivery push.

As usual, Tesla’s third month of the quarter is its biggest for deliveries and it’s especially the case during the last week.

According to registration data, Tesla delivered only just over 300 vehicles in Norway during the first two months of the year, but it already delivered almost 1,000 vehicles in March with still one week to go.

Update – Elon Musk responded to the article on Twitter:

I have just asked our team to slow down deliveries. It is clear that we are exceeding the local logistics capacity due to batch build and delivery. Customer happiness & safety matter more than a few extra cars this quarter.