Tesla Model S crashes into cyclist, scooter and another car, media points to Autopilot, but Tesla says no 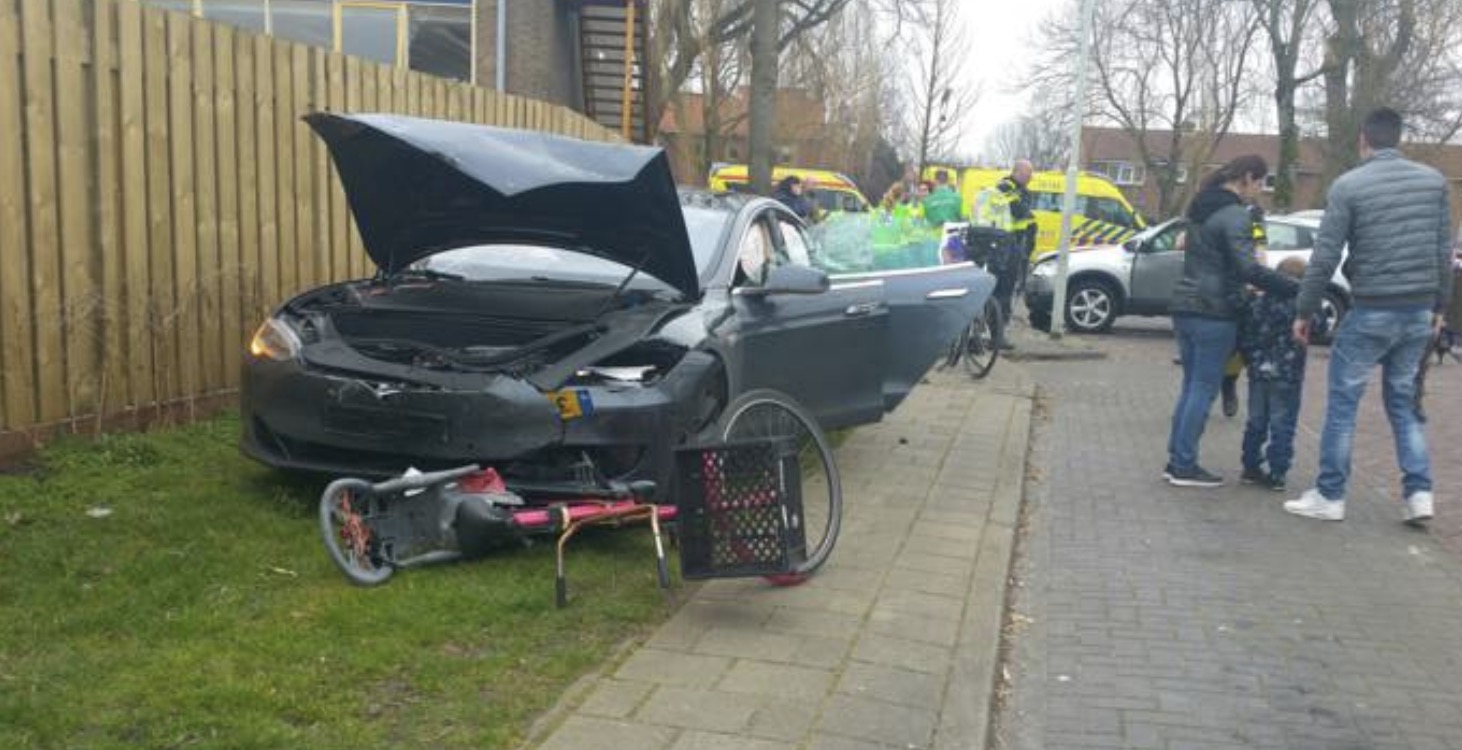 In the Netherlands today, a Tesla Model S crashed into a cyclist, scooter and another car, leaving someone injured and in an unknown condition.

The police cited a “technical issue” that led to the accident, which the local media quickly linked to Autopilot, but Tesla says that the system is not to blame.

Zaanstreek police responded to reports of a vehicle running into people in Wormerveer.

In a post on Facebook, the police commented that they “feared the worst”, which is that it could be intentional, but they reported back that it’s not what happened and they are instead investigating a “technical problem.”

Local media reports linked the issue to the Autopilot, on which drivers have often blamed accidents, but Tesla claims that the vehicle is not even equipped with Autopilot.

“We are sorry to hear about this incident, and we are in contact with local authorities to establish the facts and offer our full cooperation. Contrary to what has been reported in the media, the vehicle involved was not equipped with Autopilot.”

Here are images of the aftermath via NH News:

After the Tesla Autopilot came under scrutiny over the last two years following a fatal accident in a Model S while the vehicle was using the feature, the driver assist system has often been blamed by drivers for accidents even though Tesla says that users are always responsible to monitor the system and be ready to take control at all times.

The trend seemed to have stopped for a while, but it started again earlier this year after a Tesla Model S rear-ended a fire truck at a reported speed of 65 mph while the vehicle was on Autopilot, according to the driver.

The U.S. National Transportation Safety Board (NTSB) says that it launched an investigation into the accident.

As we reported earlier today, Tesla nonetheless keeps working on the system and the latest Autopilot update this week is bringing some significant improvements to Autosteer and more.

While Autopilot is often the scapegoat, some drivers have also reported sudden acceleration events in Tesla’s vehicles not necessarily related to Autopilot.

Tesla has always denied those were due to issue with its vehicles and we covered the accidents extensively and we concluded that the evidence points toward pedal misapplication, including in one particular case where the logs were reviewed by a third-party.