If you got a new Tesla Model S or Model X recently, you might be experiencing a much better and smoother center display UI and now we know why.

Today, Tesla confirmed that it updated the onboard media computer in the Model S and Model X.

As we previously reported, Tesla developed a new dual computing platform for Autopilot and the Media Control Unit MCU on the Model 3.

For Model 3 owners who also owned Model S or Model X vehicles at some point, it was clear that it resulted in a much faster and smoother touchscreen experience on the center display than it Tesla’s two older vehicles.

Some new Model S and Model X owners have been running software to scan operating system and CPU information and found that the newer vehicles produced as of last month have been running a x86 64bit processor (picture via MaxKW in a Model S produced in February): 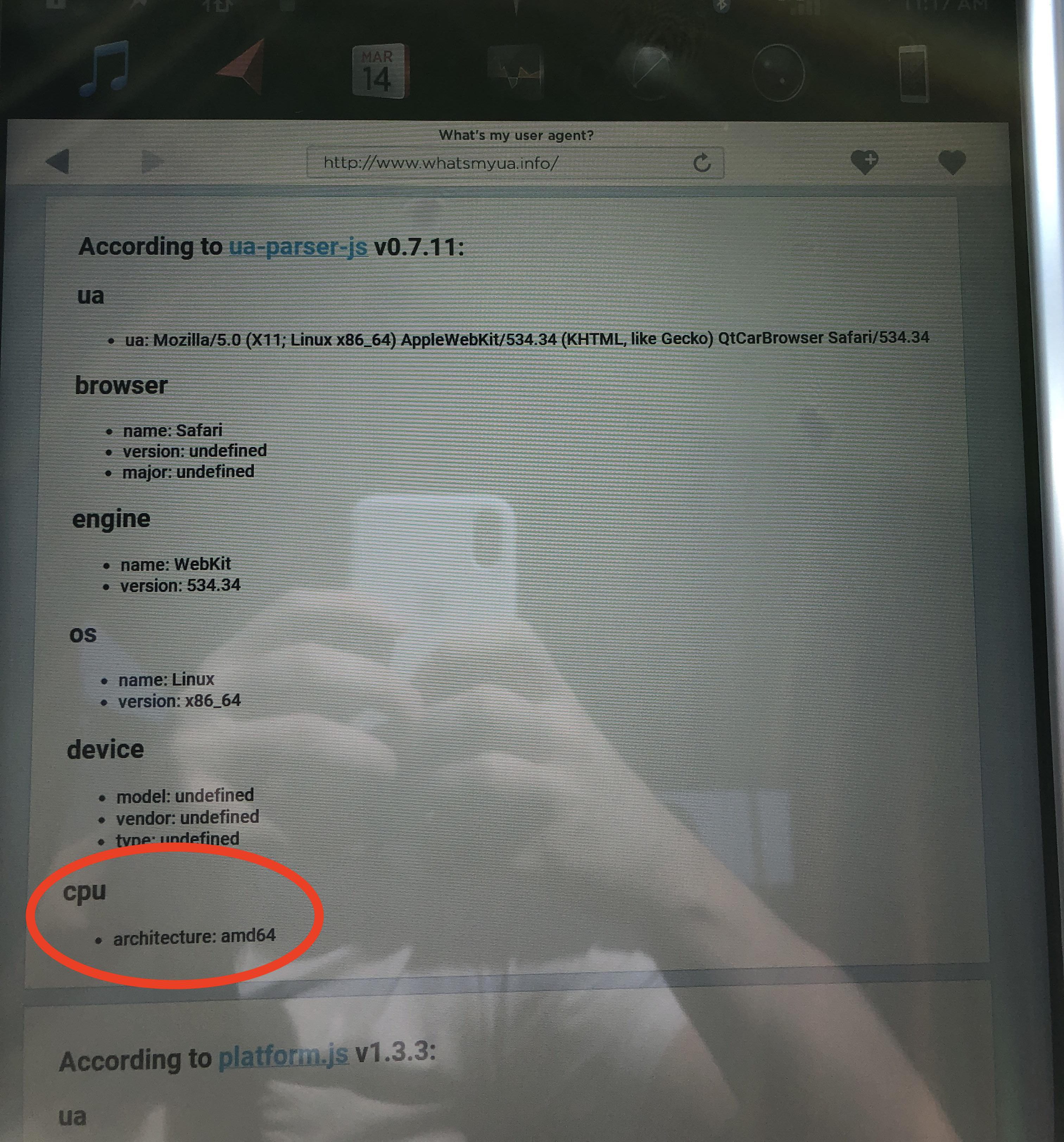 We reached out to Tesla and the company confirmed that they indeed recently updated the onboard computer for the center display as part of their continuous vehicle program improvements.

As we have often reported in the past, Tesla doesn’t follow the industry standard of model year updates and instead, the automaker continuously introduces small improvements to its vehicles currently in production.

But an updated MCU is one of the most significant changes in a while since the center display hasn’t seen many hardware updates (plenty of software updates though) that resulted in a better experience since the launch of the Model S in 2012.

For the little demonstrations we have seen so far, the experience does appear to be much faster and smoother:

Tesla’s MCU has long been powered by Nvidia GPUs just like its Autopilot computer, but the company moved to Intel for the Model 3.

While it’s unconfirmed at this point, Tesla could have also moved to Intel for the Model S/X MCU processor to get that kind of performance and use the same processor for the MCUs in all its vehicle programs.

It’s a fun update and we got reports of people having the new MCU in cars produced in February so everything in order right now should have the new processor.

Aside from the smoother experience, it will be interesting if it will enable other features in the future.

Tesla has been promising several updates to the media center for a while now, like a new browser and a new navigation and map engine, but those are supposed to also work with older models with upcoming software updates.