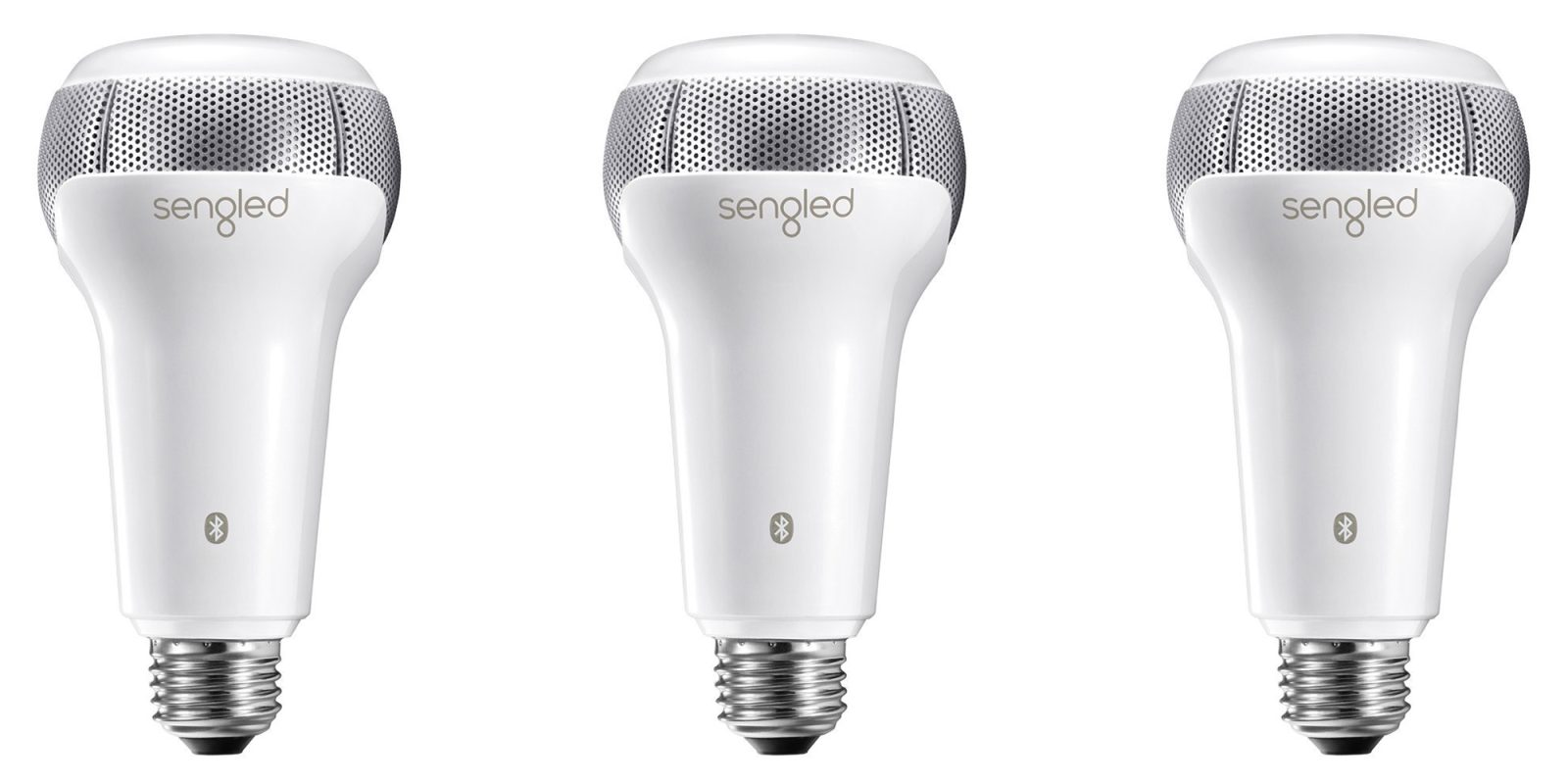 Sengled USA (99% positive feedback all-time) via Amazon offers its Solo Dimmable A19 LED Light Bulb with Bluetooth Speaker for $12.39 Prime shipped when promo code 500PNU8J is applied during checkout. That’s good for 50% off the usual price and the best that we’ve seen. Aside from the usual energy-saving benefits of LED bulbs, this model features a built-in JBL Bluetooth speaker. Rated 3.8/5 stars.

Solo combines the energy efficiency of an LED light bulb with the room-filling sound of JBL stereo speakers. The first product of its kind in the world, Solo allows you to stream music, adjust the volume and dim the light all from your iOS or Android device. Setting up Solo couldn’t be easier. Simply screw the bulb into any standard light socket or fixture, download the app and you’re ready to go. No need to worry about wires, cords or remotes. Solo’s compact design makes it perfect for small areas like condos, dorms and bathrooms where space is at a premium. Solo comes with a one-year limited warranty.

This iOS/Android-connected hula hoop tracks your workouts, calories and more