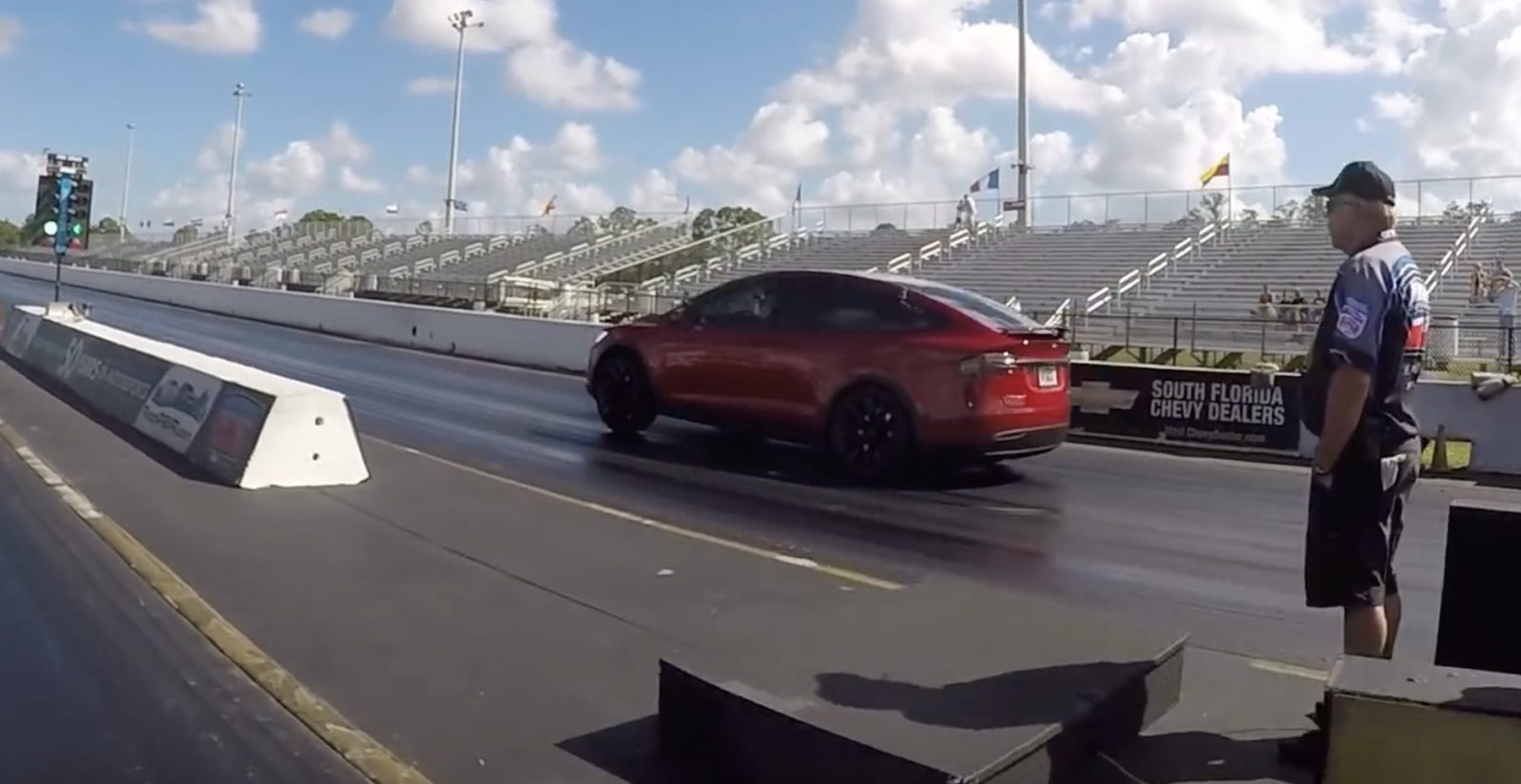 Tesla’s Model X all-electric SUV is astonishingly quick from a standstill for a 5,000-lb vehicle – quick enough to compete with many sports cars.

But when it comes to SUVs, it’s almost impossible to beat and a Model X P100D proved it again with a new quarter-mile record.

Today, they pinned a Model X P100D with Ludicrous+ mode against a Jeep Trackhawk, which is equipped with a 6.2L Supercharged V8 Hellcat motor putting out 707 horsepower.

The result is a race between what are most likely the two quickest SUVs in the world and one of them happens to be electric.

Here’s Drag Times’s video of the race (check below if you want to skip to the results):

The Model X ended up beating the Trackhawk over the four races, but it was actually in the test run with launch mode that the all-electric SUV ended up achieving a new quarter-mile record with a 11.281-second run coming in at 118.37 mph.

The Trackhawk did a run under 12 seconds, but it couldn’t catch up with the Model X. Though it could be in line for a place as the second quickest SUV with the Bentley Bentayga SUV, which achieves very similar quarter-mile times.

The focus has been mostly on the top performance Model S as it achieves faster times thanks to its lighter and more aerodynamic body.

But the Model X P100D has the exact same powertrain and therefore, it can also achieve some impressive performance – especially for an SUV.

With this said, Tesla does seem to be hitting a limit for new records with the current top powertrain versions.

Hopefully, we will soon see some new all-electric vehicles thrown into the mix. Of course, Tesla has the next-gen Roadster coming, but a performance version of the Model 3 could also prove impressive.

As for other automakers, many EV enthusiasts like ourselves are pretty excited to see with Porsche will be able to do with the Mission E next year.