A month and half+ off the road due to manufacturer defects, recalls & charging issues with Hyundai Ioniq EV.

When my wife and I first got our Ioniq Electric car in June— just weeks after it officially launched in Canada as Hyundai’s first flagship all-electric vehicle— we were overall very happy with the experience. Charging took a little longer than expected using our 120V outlet at home, but otherwise there weren’t any big downsides or frustrations that we experienced. It seemed to be solid car for the price point as we transitioned to electric for the first time, and we had no regrets. But the real test would be a cold Canadian winter. With the start of cold weather here in Toronto, Canada came the first issues with the vehicle and those were followed by multiple manufacturer defects, recalled parts, and now over a month and counting off the road due to a charging issue and inexperience with repairing electric vehicles at the dealership…

One cold December morning the vehicle wouldn’t start at all. The dash would show multiple errors and warnings seemingly randomly when attempting to start or use any controls in the vehicle. “Check Brakes” would appear alongside multiple other warnings one minute, and then different errors would show the next time I attempted to start it. Some of the vehicles computers were clearly bugging out, so I had the vehicle towed to the dealer for servicing.

It was easy to speculate that the cold, frequently around -10c these weeks, could be playing a role. But the dealer informed me that my vehicle was flagged for recalls and would need the parts replaced. The vehicle was in for servicing for three days and we received it back seemingly in working order. I chalked it up to being an early adopter and it being Hyundai’s first electric vehicle. Recalls happen on new vehicles, right? But unfortunately the car continued to experience issues.

For the record, the following recalls were performed on the vehicle during this first service appointment after the computer issues:’

The first one listed above is especially of note, as this could cause leaking onto other components and that could obviously lead to more defective or malfunctioning parts. It’s unclear if that’s what happened to my vehicle, but the issues didn’t end there…. 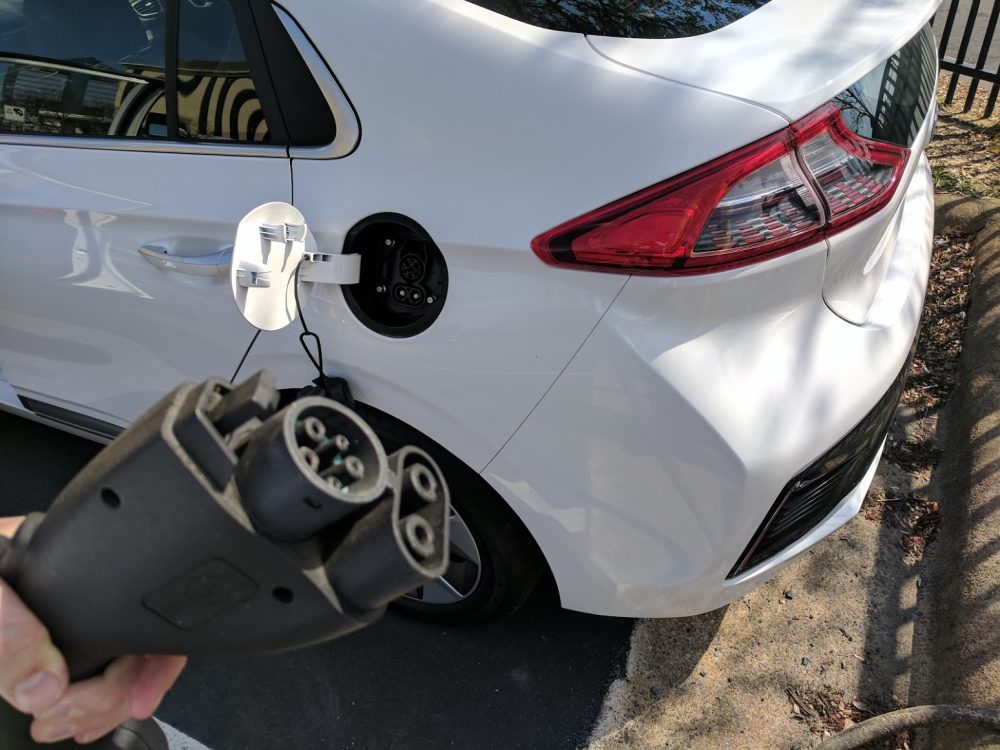 I know what many of you are thinking right now. When you take your car to a dealership to fix a problem, you get two in return – the saying goes. Afterall, dealerships make most, if not all of their money on fixing your car and if there’s nothing to fix, they go broke. I don’t necessarily subscribe to this and besides these are free fixes that should be reimbursed to the dealership by Hyundai. Up until this point, beside not knowing anything about the electric car they were selling, the dealership seemed like they wanted to be helpful.

After having the vehicle back for about a week, we experienced a few random computer glitches and errors and then one day the car stopped accepting a charge completely. At first the problem was sporadic, again leading me to believe perhaps the colder weather could be playing a part. Unable to charge, we had the vehicle towed back to the dealership.

The first servicing for the charging issue was three days. Unable to diagnose the issue due to it being sporadic, the dealer told me to come pick it up without any solution. With a dead car stuck at home, on my recommendation two days later the dealership at this point decided to exchange our charging cable for a new one in order to troubleshoot the source of the connection issue. The new cable didn’t help and we once again had the car towed to the dealer for servicing on January 16.

At this point my vehicle was off the road for a combined 10 days when adding up the first recall service appointment, the second 3 days of servicing for the charging issue, and two more days when I had the car but continued to experience the charging issue.

After 3 days of attempting to diagnose the sporadic charging issue, the dealership confirmed that it has reproduced the problem and is working with corporate on next steps. Unfortunately, an update from the dealer the next day informed me that the problem would have to be reproduced again, this time while they had Hyundai tech support on the phone due to their inability to diagnose and fix the problem themselves at the dealership. Throughout the process, the 10 days would soon jump to 18 days of the vehicle being off the road as the dealer would spend the next week (and counting) to attempt to diagnose the issue without luck.

Others have experienced the issue too. A few Ioniq drivers in cold climates reached out to me via a forum post I made about the issue describing the same or very similar issues when weather is approximately -15 degrees celsius or below (as pictured above). Another Ioniq owner experienced similar issues with charging, and many Ioniq users have had an issue with the charger not locking into the vehicle properly or failing to unlock.

We continue to wait as Hyundai searches for a fix

So we continue to wait. At this point, Hyundai has decided to order a new part called a “converter assembly high voltage quick charger” in hopes it could fix the problem. We are now at well over 30 days as we continue to wait for the part and see if it might remedy at least the charging issue.

The dealer has provided us with a Mazda CX-5 from a local rental company in the meantime. Unfortunately we run a mobile house call business with the Ioniq and that means we’ve been having to pay for gas for the last month or so, which has totalled $200+ and counting – a lot more than I would have paid to charge my electric car. It also has meant thousands in lost revenue on the many days we were left stranded with a dead vehicle. So far the dealership has refused to provide confirmation we’ll be reimbursed for anything beyond the cost for the rental itself not including our gas costs and we are currently also having to pay $22 a day for insurance on the rental. It instructed us that we’d have to contact Hyundai corporate for the reimbursement requests.

As you might expect we started reaching out to Hyundai corporate folks (and also Hyundai Canada’s PR team by the time I decided to begin writing this story) to see if there was anything they could assist with including, at the very least, confirmation we’d be reimbursed for incurred costs mentioned above. Any attempt to contact Hyundai corporate was met with a “you have to go through the dealer” canned response, and unfortunately the dealership told us we’d have to go through corporate to get confirmation for reimbursements leaving us at a dead end.

The Hyundai Canada PR team was insistent that this wasn’t its “area” and directed me to go to the usual support and dealer service channels. It did provide the following statement for this story after multiple requests:

“New vehicles are sold with a comprehensive warranty. This warranty is our commitment to diagnose and resolve customer concerns related to manufacturing defects and it is administered by a network of Hyundai dealers. In your particular case, the dealership had been working to duplicate what appeared to be an intermittent issue with your vehicle as a step toward diagnosis and repair. While that took longer than initially expected, that is sometimes the case with issues that are difficult to reproduce consistently. Fortunately, this stage of the process is complete and the dealership can now duplicate the issue. The dealership and its technicians are receiving our full support and we have the utmost confidence in their capacity to deliver a resolution.”

For now we have no choice but to wait and see if Hyundai can find a fix, but even if they do, the whole experience has left me not very enthusiastic about owning or recommending the Ioniq going forward.