Ionity, the new ‘ultra-fast’ joint electric car charging network by BMW, Mercedes, Ford and Volkswagen, is slowly starting to take shape in Europe and now we get to see the map of their planned stations for the first time.

This new network is believed by many to be the most important electric vehicle charging infrastructure effort since Tesla’s Supercharger network.

They are planning 400 stations with a capacity of up to 350 kW across Europe by 2020. They started work on the first 20 stations last year and they plan to hit a total of 100 stations this year.

Now we get to see what that network will look like once completed. Audi shared the first image of the map at a conference in Oslo, Norway last week: 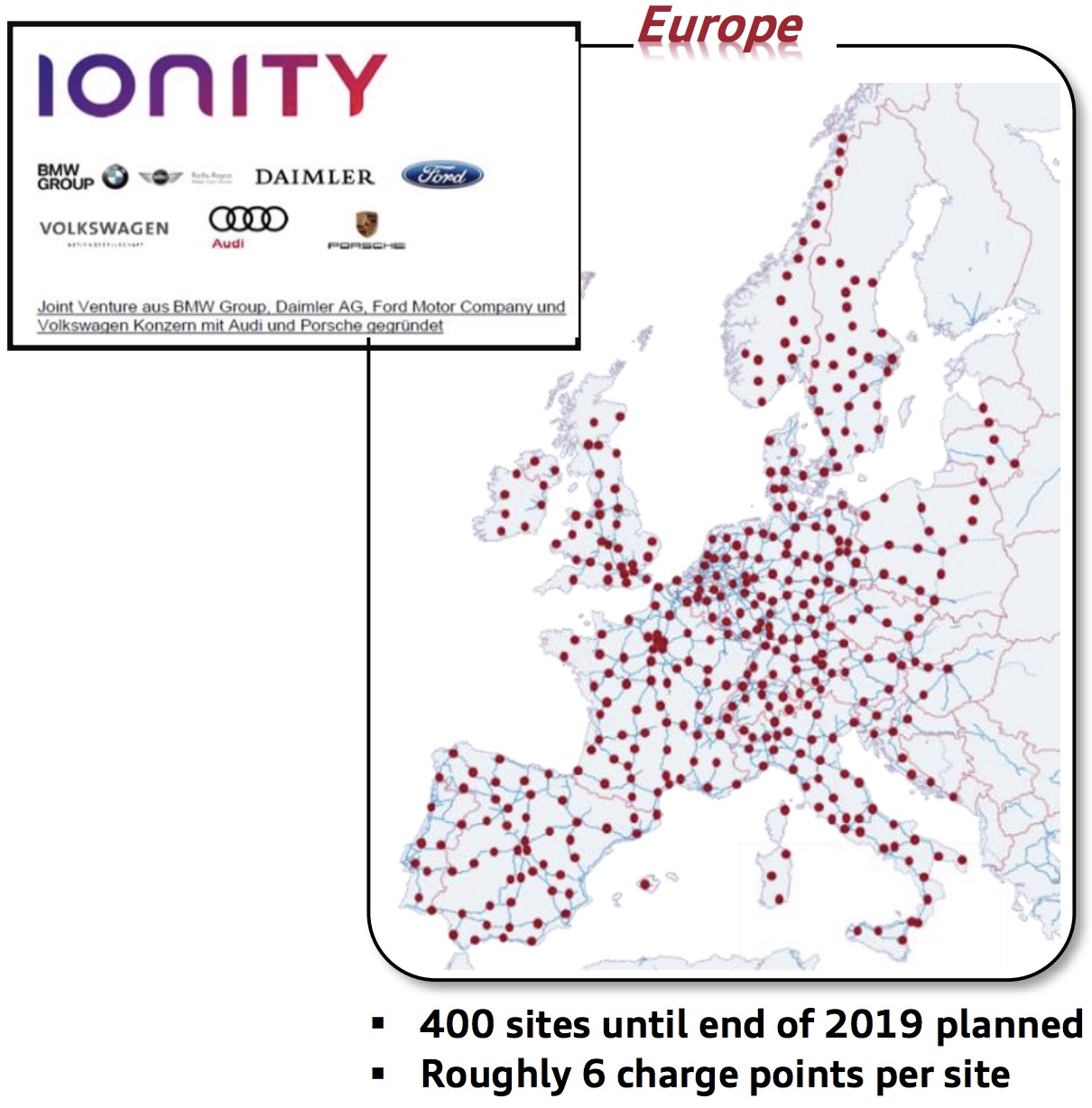 The stations will be installed along highways and they will focus on enabling long-distance travel – much like Tesla’s Supercharger network.

Most stations are first expected to have a capacity of 150 kW, which should be up in time for the first electric vehicles capable of hitting that charge rate coming to market.

Audi says that its e-tron quattro all-electric SUV, which should be available by the end of the year, will be the first vehicle to take full advantage of the charging network.

This is exciting. The map looks good and 6 charge points per station is not bad – though I hope they are leaving the door open to expand on that in the near future.

Tesla is finally seeing some decent charging network competition – though they are already almost at 400 stations in Europe and they plan to double that by the time Ionity gets to 400 (Ionity in 2020 on the left vs Tesla Supercharger Europe now on the right):

However, Ionity currently has the advantage for the charge rate. The stations will enable between 150 and 350 kW while Tesla’s Supercharger stations are currently rated for 145 kW and their vehicles can charge at up to 120 kW.

I wouldn’t exactly be surprised if Tesla ends up increasing the charge rate over the next few years, especially since Elon Musk has been talking about the ‘Supercharger V3’ for a while now and the automaker is supposed to start deploying ‘Megachargers’ for Tesla Semi.

But for now, Ionity is taking the lead when it comes to charge rate and that should create some good competition to lift up the entire industry.