Tesla (TSLA) is set to release its fourth quarter 2017 financial results on Wednesday, February 7 after market close. As usual, the release of the results will be followed by a conference call and Q&A with Tesla’s management at 2:30pm Pacific Time (5:30pm Eastern Time).

As usual, Tesla’s deliveries drive most of its earning results since vehicle sales represent the automaker’s main revenue stream at the moment.

Those numbers are adjusted slightly during the earnings.

Additionally, 2,520 Model S and X vehicles and 860 Model 3 vehicles were in transit to customers at the end of the quarter, according to the company.

It would be a record quarter for revenue if those estimates are accurate.

The record delivery numbers for Model S, Model X, and Model 3 resulted in this increase on the results quarter-to-quarter from Tesla’s actual revenue of $2.985 billion during the last quarter, which was also a record. 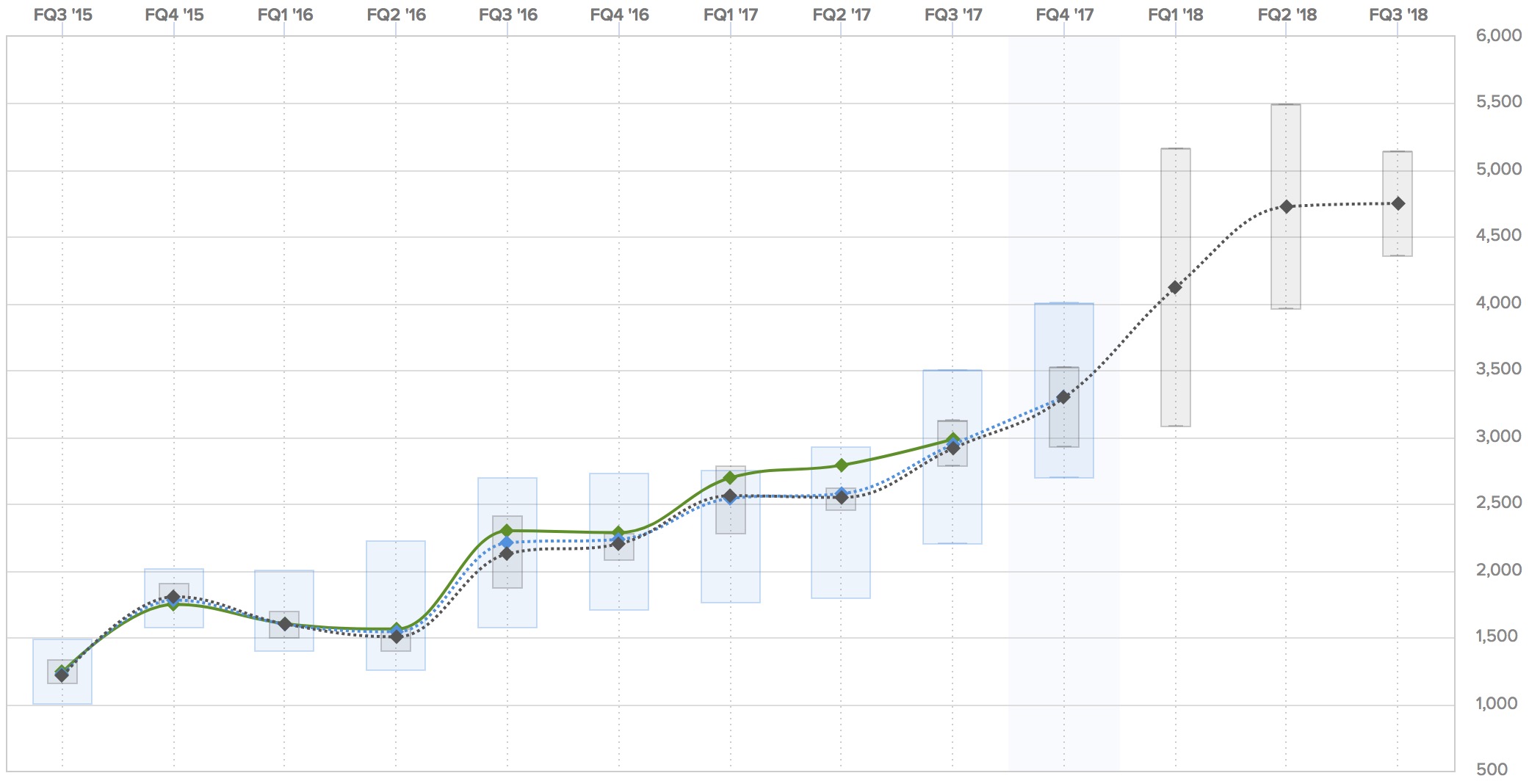 Can anyone see a pattern on that chart? Of course, with Tesla’s revenue being currently closely linked to vehicle sales and Model 3 deliveries increasing through the production ramp up, revenues are expected to increase significantly this year.

Like for revenue, the expectations are again close for both the street and retail investors. The Wall Street consensus is a loss of $3.19 per share for the quarter, while Estimize’s prediction is a loss $3.11 per share. 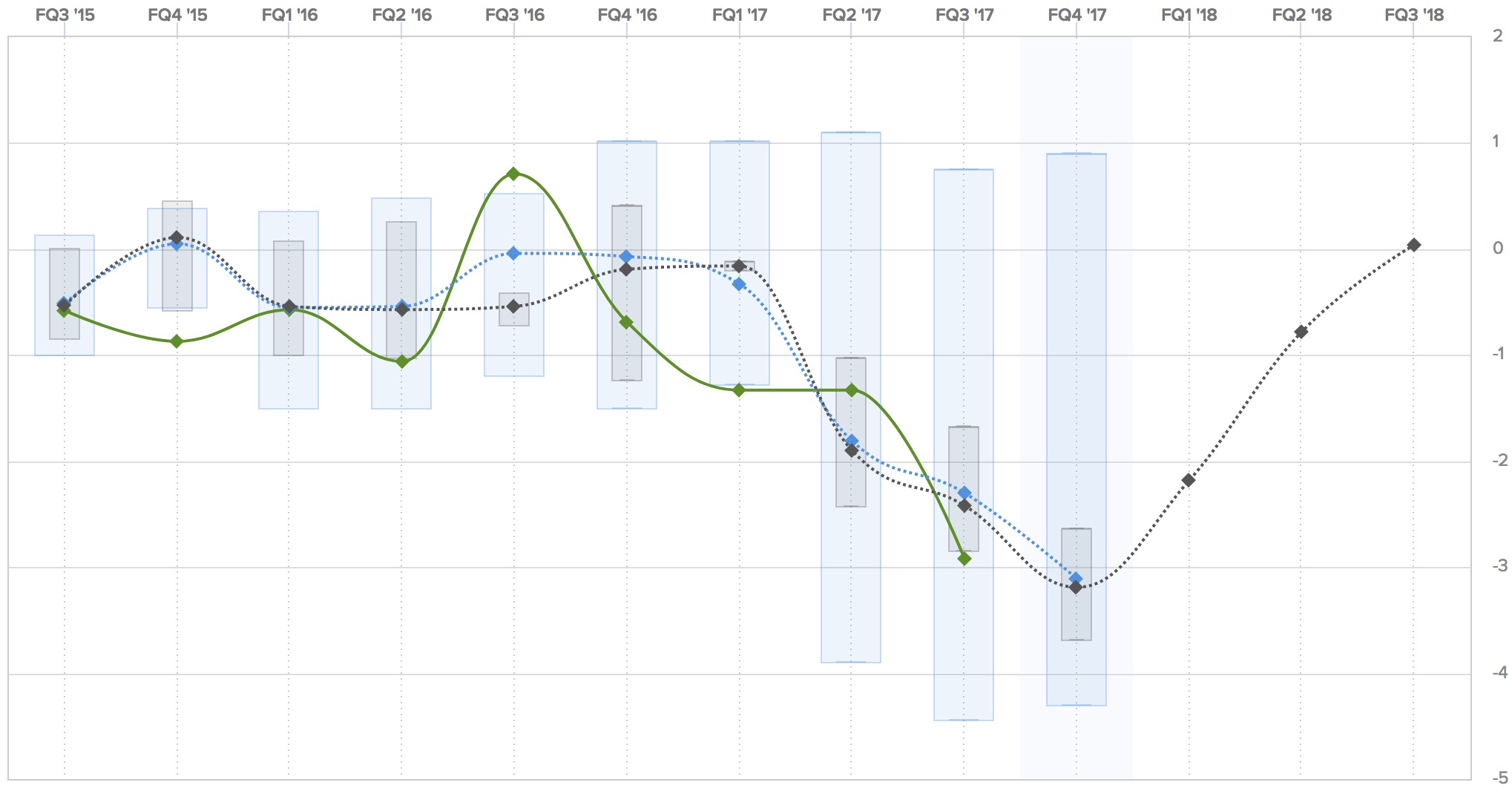 And again can anyone see a pattern on that chart? That’s Model 3 production ramp-up delays for you. Tesla is investing each quarter for the production of 5,000 Model 3s per week and it is not achieving anything close to that, which results in increasingly wider losses until production catches up.

Obviously, we expect that a fair amount of the conference call and shareholders letter to revolve around Model 3 production and how it has evolved since the end of the quarter.

Analysts and investors are going to be looking for an update on this goal and of course, the bigger goal of reaching 5,000 units per week by the end of the first half of 2018.

I think that’s going to be the focus of the call and shareholder letter, but I also think that Tesla Energy could take an increasingly more important part of the results.

We have seen a lot of developments in current weeks that management could elaborate on, like the reason behind expanding its sale presence to 800 Home Depot stores and what a giant project like this new 50,000-home virtual power plant in Australia means for Tesla Energy.