Tesla is moving 1,500 employees to its new Fremont offices

Tesla confirmed this week that its expansion in Fremont will include moving as many as 1,500 employees to two new office buildings in the East Bay as the automaker is outgrowing its current facilities.

It’s located near the Dumbarton Bridge between Tesla’s Fremont factory and Tesla’s headquarters, which are the automaker’s two main locations in the Bay Area.

When Tesla first leased the buildings, it was estimated that it could house about 1,000 workers, but now Tesla confirmed that they will move 1,500 employees, as reported by the Mercury News.

“Energy, sales, service and marketing workers, along with general and administrative employees, will be housed at Tesla’s new Fremont offices, the company stated.”

It will be one of their biggest facilities around the world and add to the 10,000 Tesla workers who are already based in Fremont. 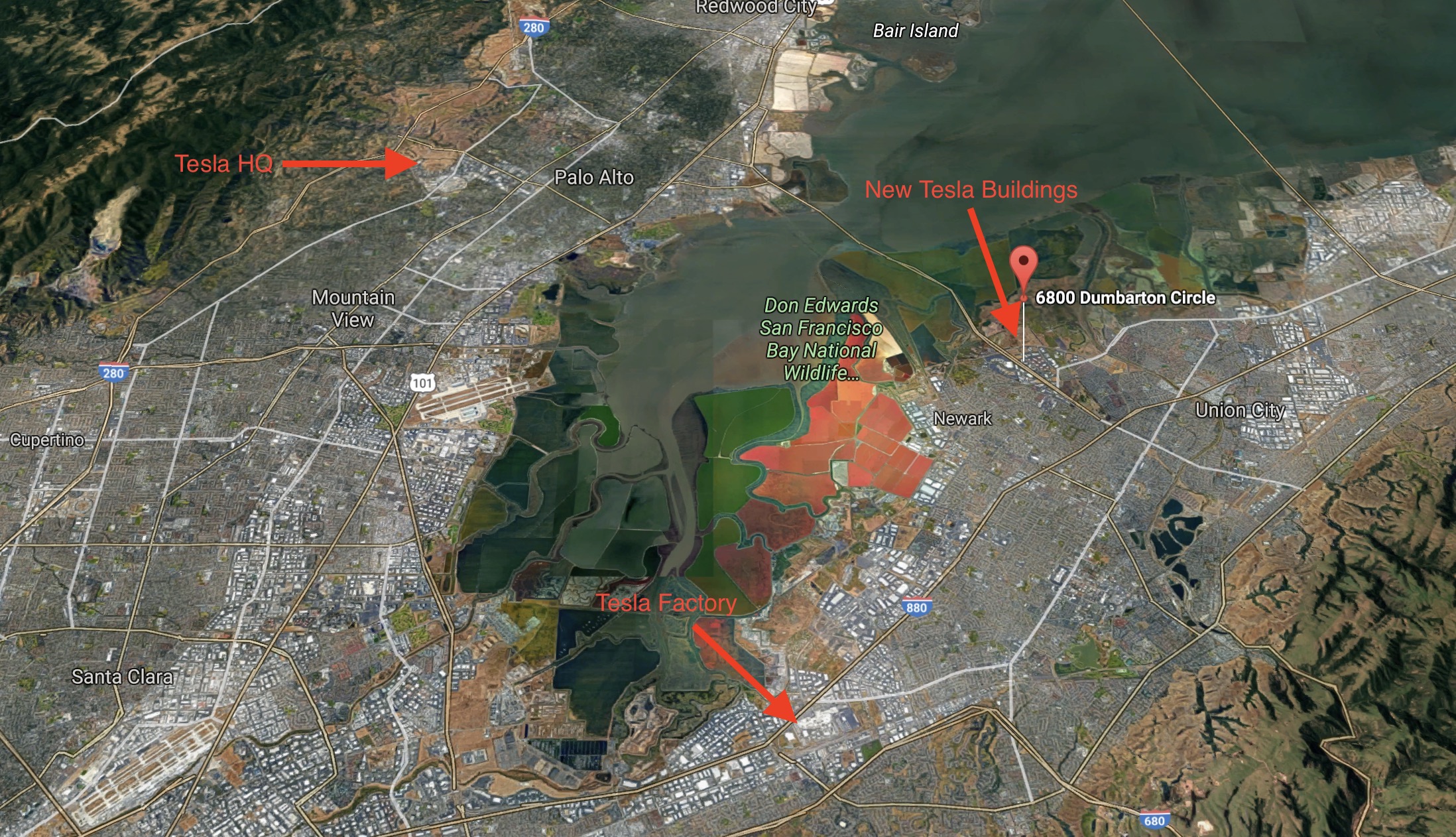 Tesla is not calling the new buildings its new headquarters, which the automaker has outgrown, but it is a significant new location for the company.

CEO Elon Musk has publicly commented in the past on plans to have new headquarters for the automaker.

Back in 2015, Tesla was already outgrowing its Palo Alto headquarters and Musk said that it looks like “crap”.

Beyond looks and amenities, size is also an issue. Tesla’s growth rate in the last few years (now over 33,000 employees worldwide) has resulted in outgrowing several of its locations including its headquarters.