Tesla breaks new records in Norway, becomes most popular automaker in the country this month

Tesla’s end of the year delivery push is being felt hard in Norway where the company just broke its quarterly delivery record with more than a week left in the quarter and became the most popular automaker in the country this month.

Last week, we published a report in anticipation that Tesla would achieve a record number of deliveries this quarter: ‘Tesla is primed to have a stellar quarter for deliveries‘.

We cited Norway as shaping up to be an important factor in breaking this record, but it has already surpassed our prediction this week as deliveries kept climbing even faster.

As we reported, a huge shipment of Tesla vehicles (estimated at ~700 units) was spotted at the port of Drammen (‎via Bent Knekten Marthinsen): 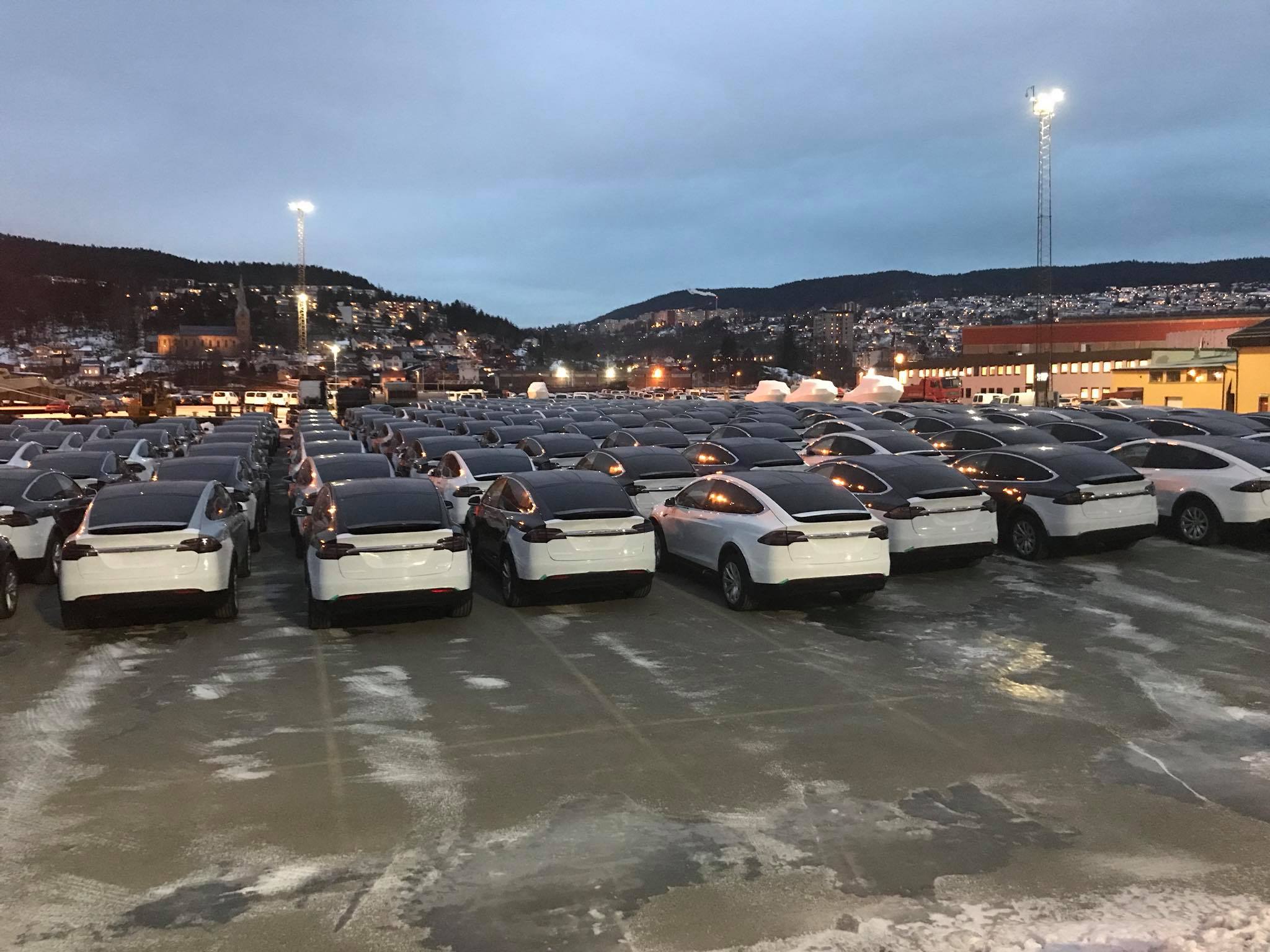 We estimated that if only half of those vehicles were delivered by the end of the month, Tesla should be able to beat its record.

But Tesla actually delivered more vehicles than we thought were in that entire shipment.

The latest registration data showed that already 1,861 Tesla vehicles were registered this month and  a total of 3,153 during the fourth quarter (via Teslastats.no):

That’s enough to break the previous quarterly record by several hundred units and the company is on pace to break its monthly record in December.

Furthermore, the rush in deliveries is making Tesla the most popular automaker in the country this month with Model X and Model S both holding the first and second position for most popular car models in December – even ahead of the VW Golf, which has long been a top seller in Norway.

In September, Tesla ended up delivering over 2,000 cars in Norway alone for a new record and helping the country achieve a new record for lowest average CO2 emission for new vehicles.

Norway is the only country that has surpassed 50% market share for EV sales in a month and it’s well on its way to reach its goal of 100% of new car sales being zero-emission vehicles starting in 2025.

With Tesla on its way to a new record this month and other EVs doing well too, like the BMW i3 and the Hyundai Ioniq Electric, it looks like Norway will again break a record for electric vehicle market share this month.

It’s quite incredible what is happening in Norway right now.

Of course, it’s a relatively small and rich market per capita, but they are showing the rest of the world that it’s not impossible to go all-electric. I just hope the world is watching.