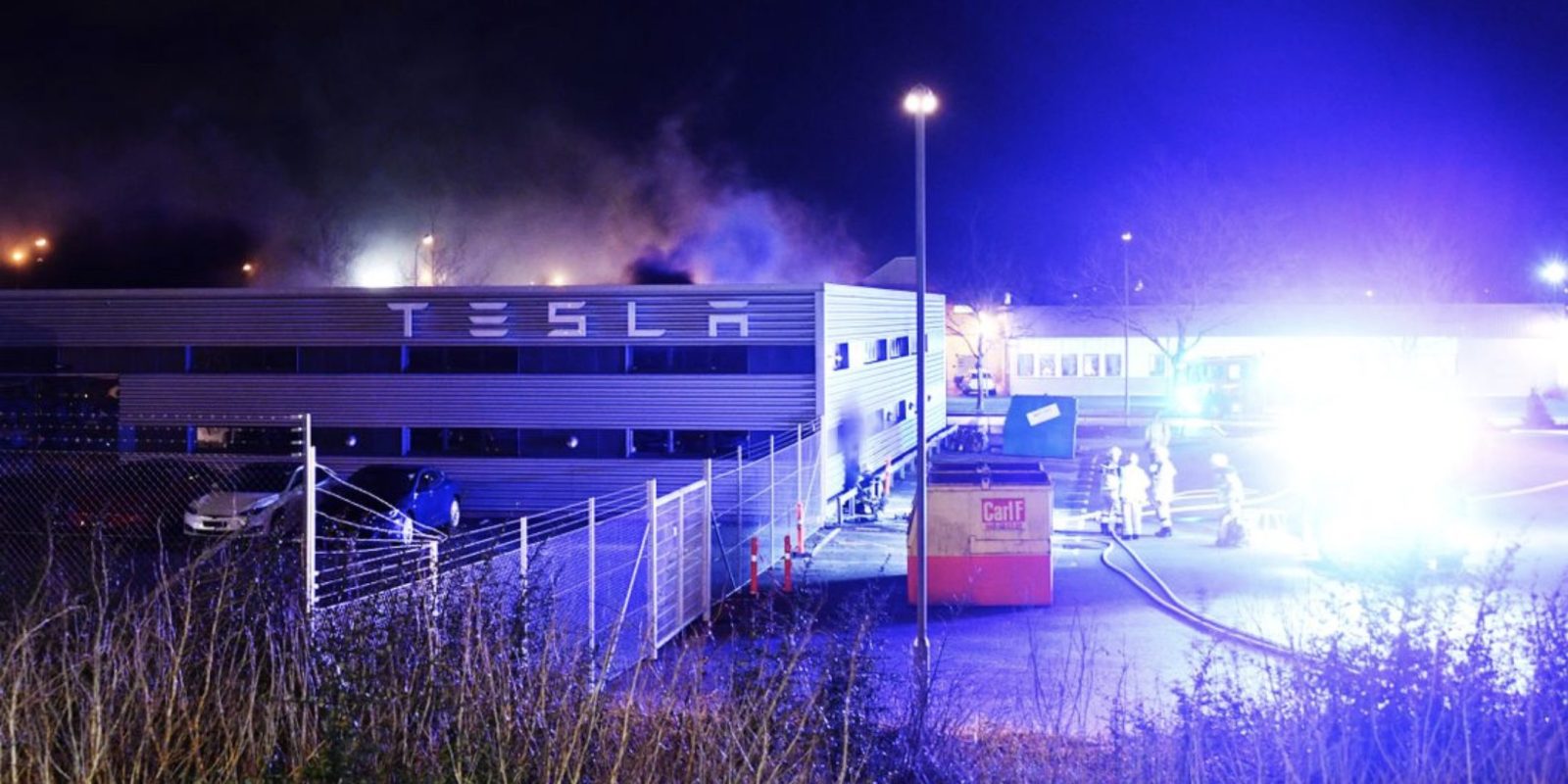 Tesla just opened a new store and service center in Malmö, Sweden – just outside of Copenhagen, Denmark – and the building caught on fire today.

An alarm started at 20.24 local time this evening.

The local fire department arrived to find smoke coming out of the building and the interior being visibly in flames, according to local media outlets.

“There has been a strong fire. It has burned in one of their service rooms and it seems that some cars inside have burned, “

Sydsvenskan photographer Patrick Persson took pictures of the firefighters trying to stop the building from burning down:

They said that the cause is unknown at this point. The fire is still ongoing at the time of writing.

There’s nothing indicating yet that the vehicles started the fire, but that some vehicles did burn, according to the fire department.

There’s a lot of talk about electric vehicle fires even though there’s no statistics showing that they catch on fire any more frequently than gas-powered cars.

But there’s no doubt that if an EV catches on fire, a battery fire can be extremely dangerous and burns strong. We recently reported on an impressive firefighting operation after a high-speed crash in a Model S.

In a garage full of electric vehicles, a fire can get out of hand fast.

For example, when a Gruber Industries garage full of Tesla Roadsters caught fire earlier this year, it went down fast and all cars were lost.

Hopefully, the building is not destroyed and they can open the location soon. It apparently opened just last week.