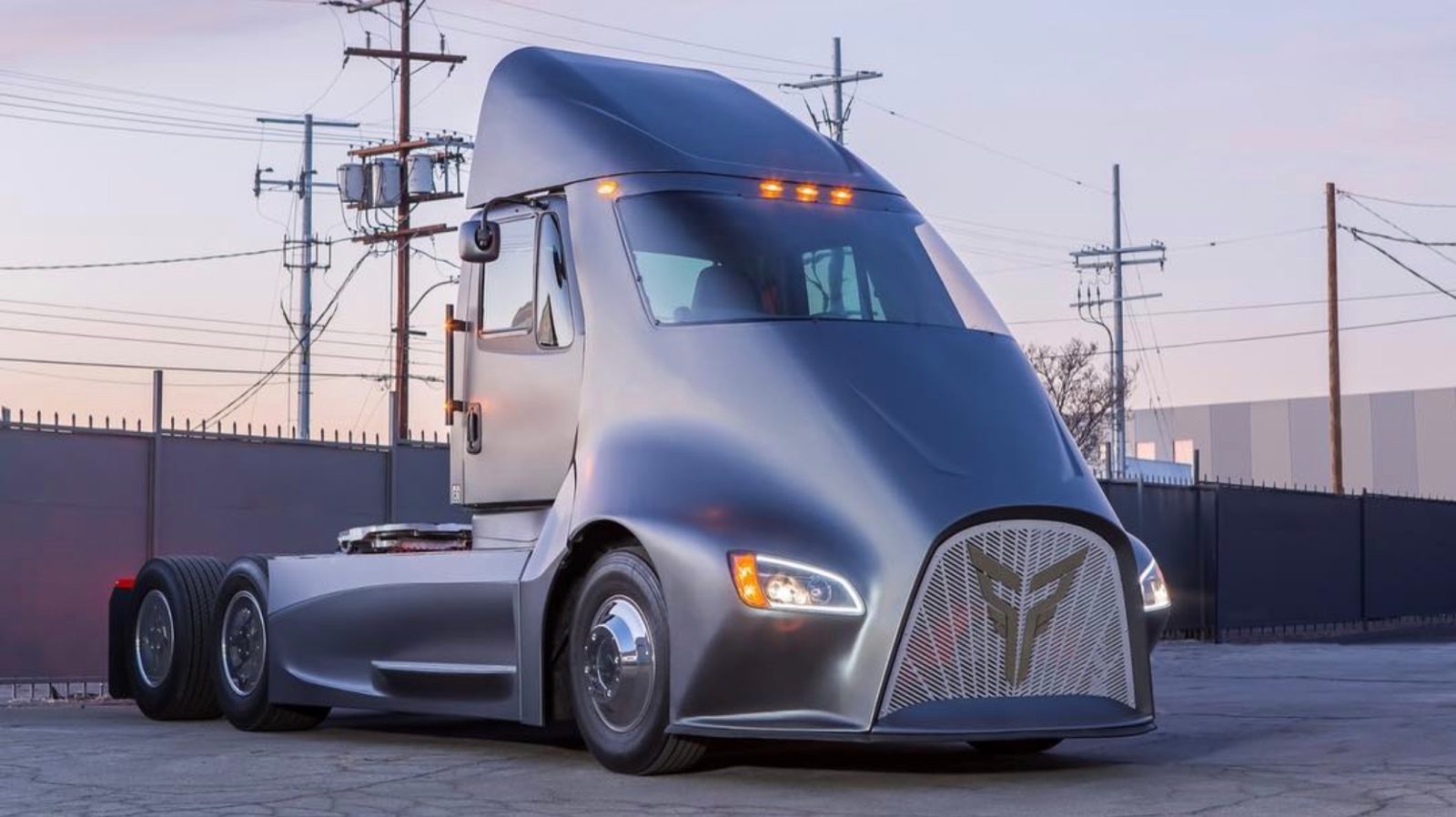 Los Angeles-based startup, Thor Trucks, unveiled its new electric semi prototype, the Thor ET-One, on social media and in the press this week.

They are trying to bring the heavy-duty electric vehicle to market before the Tesla Semi hits in 2019 and they also have plans to convert other trucks to electric propulsion.

Thor is a small startup and it doesn’t have the resources to build a truck from the ground up.

According to Trucks.com,  they are using a modified Navistar chassis, heavy-duty Dana axles, and electric motors from Hydro-Quebec’s TM4.

They are reportedly focusing on the battery pack technology to develop an expertise that would enable them to offer conversion packages for existing trucks.

The company released a bunch of images of the prototype on social media today:

The prototype has been spotted in the wild around Los Angeles over the last few months.

Dakota Semler, Thor Trucks co-founder and chief executive, is only 25 years old, like his co-founder and COO Giordano Sordoni. Semler has been financing the company through his previous business ventures in real estate and creating a safari at his parents’ wineries.

Neither of them has an engineering background, but they have hired several engineers with relevant background from Navistar, BYD, and Faraday Future.

In their workshop in Los Angeles, they are currently working on bringing the vehicle to low volume production in 2019 and they are working on several other classes of trucks to convert to electric.

It’s an interesting effort and I am particularly interested in their electric conversions of other trucks, but I find it hard to believe that the ET-One will be able to compete with the specs that they announced, especially with the Tesla Semi coming.

They are talking about the same price and load capability of Tesla’s base version of their semi, which will be able to achieve 3x the same range on a single charge.

I think there’s going to be plenty of room for other players in the electric truck market, but I also think that Tesla set the benchmark for class 8 electric semis and if other companies can’t beat it, they are going to have a tough time.