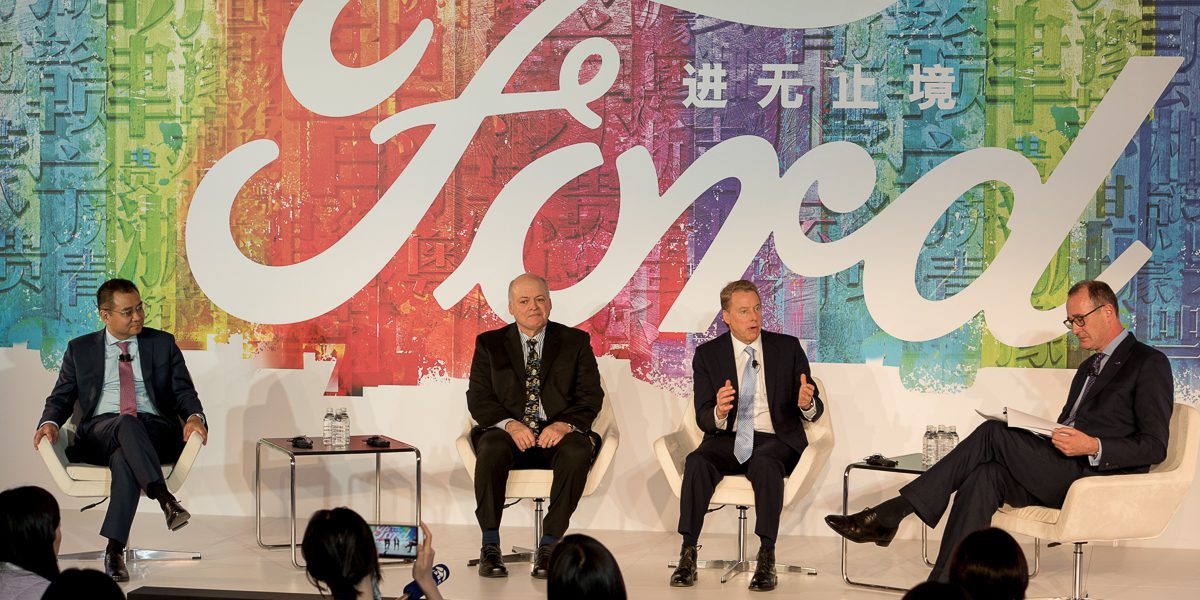 Today, Ford announced a major expansion of its electric car plans in China with 15 new models.

They are the latest example of automakers making major EV investments in China due to the country’s strong zero-emission vehicle mandate.

Executive Chairman Bill Ford and new CEO Jim Hackett were in China this week to make the announcement:

“China is not only the largest car market in the world, it’s also at the heart of electric vehicle and SUV growth and the mobility movement. The progress we have achieved in China is just the start. We now have a chance to expand our presence in China and deliver even more for customers, our partners and society.”

While 15 new EVs is a significant commitment, it’s still fewer new models than the 35 gas-powered cars that they plan to introduce in the market by 2025.

Though those 15 new EVs under the Ford and Lincoln brands are separate from the new electric cars that they want to launch through their new joint-venture with Anhui Zotye Automobile Co formed in China earlier this year especially for that reason.

The electric push is going to start in 2019 with Ford’s already announced all-electric SUV, which they now confirmed will be available globally – including in China.

Ford has so far been lagging behind in the introduction of all-electric vehicles as one of the major automakers. They still don’t have an all-electric vehicle build from the ground up to be electric and they instead focus on hybrids and compliance EVs.

They have now announced some important plans to change that, but it looks like they are still focusing on plug-in hybrids since they referred to those new models as “electrified.”

Nonetheless, those EV plans in China are significant and represent the latest example of China’s strong zero-emission vehicle mandate working great so far.

Automakers need zero-emission vehicles (ZEVs) to represent 10% of new car sales as soon as in 2019 and 12% by 2020. They recently removed the requirement for 2018, but the plan is still more aggressive than any major country.

Daimler, Toyota, the Renault-Nissan alliance, GM, BMW, and more recently VW have all announced joint-ventures to produce electric vehicles in China over the last year for the same reasons.