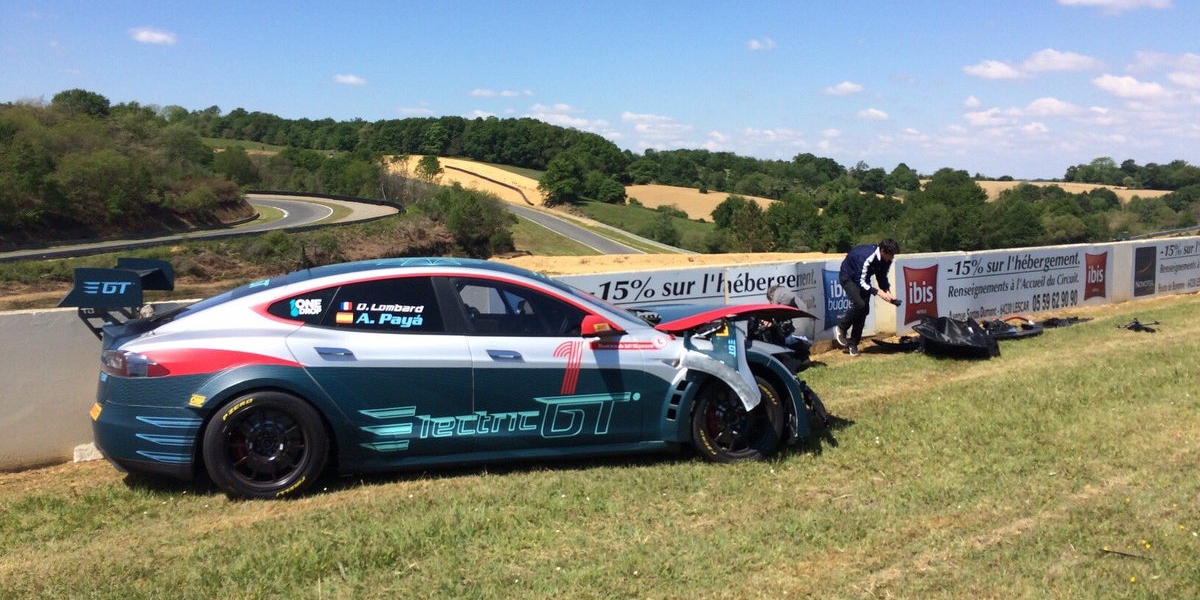 Electric GT, the all-electric and all-Tesla racing championship, has been working to bring its racing events for the past few years, but it has missed its last few deadlines.

Last time we heard from them, they crashed their Tesla Model S prototype race car during testing.

But they are still alive and kicking and now plan to launch their inaugural season next year.

Electric GT first planned to launch its championship with the Tesla Model S P85+, but they instead decided to use the new Tesla Model S P100D with ‘Ludicrous+’ after it was announced.

They claimed that they reduced the Model S P100D’s weight by 1,100 lbs with biocomposite and by stripping the interior.

The vehicle was supposed to debut at their first official race last weekend, but it was delayed and instead replaced by a “Day of Light” event during which they made several announcements and unveiled the supporting events around their championship, like a virtual reality race and e-kart race.

The event was held at the Pau Arnos E-Circuit, which Electric GT made its headquarters.

They also announced that the Swedish-Spanish team SPV Racing will be the first to receive Electric GT’s modified Tesla Model S P100D for testing within the next few weeks.

SPV Racing will take the vehicle on a promotional tour ahead of the start of the first season, now planned for “mid-2018”, according to Electric GT.

It could be an exciting electric race series, but it looks like their troubles and delays might have lost them the first mover advantage.

Of course, Formula E has been doing well for a while now, but Jaguar is now also launching an all-electric race series using new I-Pace with Formula E.