Another ‘ultra-fast’ electric car charging network announced in Europe – but with 10,000 charge points

The difference is that the company is a lot more ambitious in term of the number of charge points.

Like Ionity, the company is talking about “ultra-fast charging” with charge rates between 150 kW and 350 kW.

“The ultra-fast charging network, offering 150 kW of charging power with a modular upgrade option to 350 kW, will enable charging of a full 400 kilometres range battery in only 20-30 minutes. E.ON is targeting 10,000 charging points throughout Europe by 2020.”

The network adds to E.ON’s existing electric car charging assets. The company already has a network of charging points throughout Europe. it’s most extensive in Demark where the company claims to have 2,000 charging points alone. In Nottingham in the UK, they have deployed the city’s entire electric bus infrastructure with 60 bus charging points installed.

In the Czech Republic, they have also built a very cool charging station combining Tesla’s Supercharger and their EV chargers for other electric vehicles. 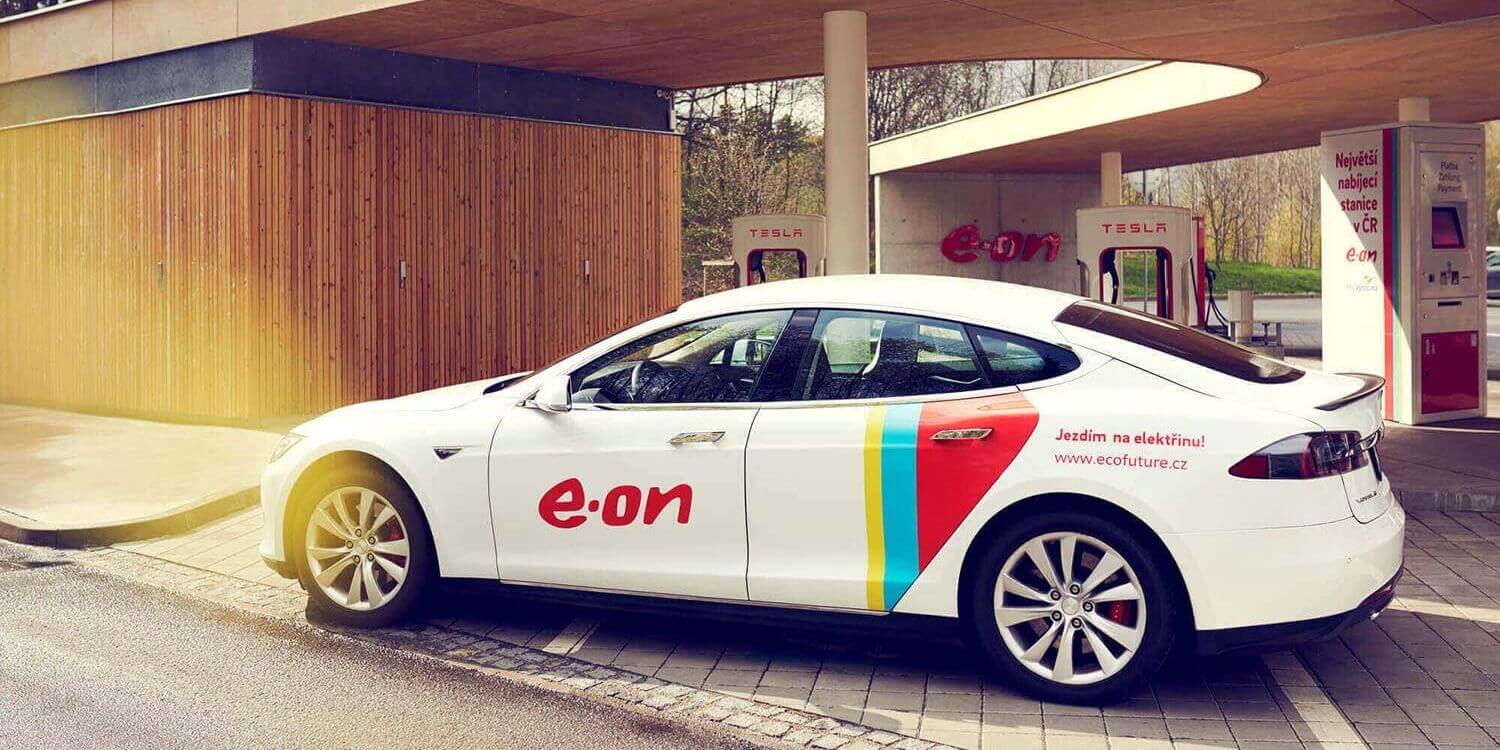 But at this station for example, Tesla’s Superchargers had a potential charge rate of up to 145 kW, while E.ON had a CHAdeMO charger capped at 50 kW and a CCS charger also capped at 50 kW.

Now, their new network will enable much faster charging up to 350 kW.

Right now, there’s no electric car that can accept this charge rate, but several automakers are working on electric cars able to accept that kind of power. It looks like E.ON will be ready to support them in masses by 2020.

With the announcement of the charging network today, they have also released a few cool videos about EVs: